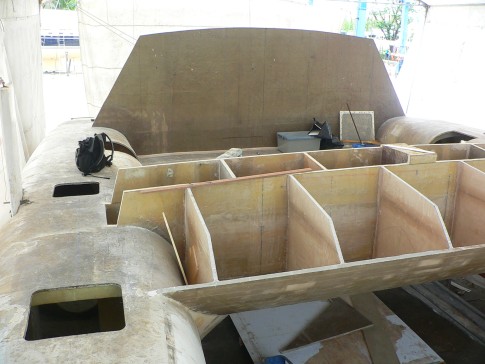 The outline of the cabin has been cut into the bulkhead. the framing for the foredeck and forward bins has been cut. The bins add quite a bit of stiffness and support to the main crossbeam.
Added 19 December 2010