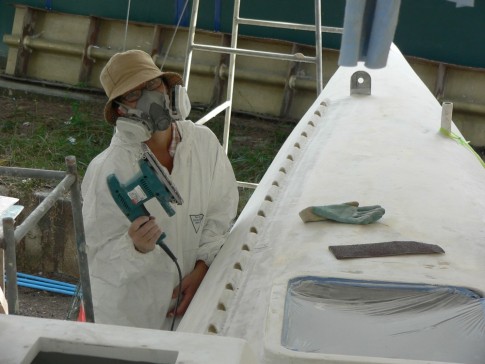 Annette showing off her anniversary present (Makita orbital sander with dust collection option) as she fairs in the trampoline mounts. These were made from several layers of 6 oz glass over a wood mold, then glassed onto the boat with 2 layers of 1708.
Added 24 December 2010