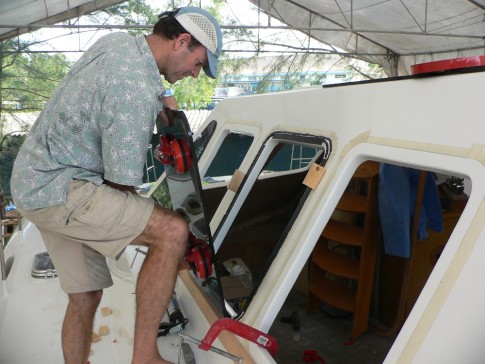 The windows are 10 mm tempered safety glass. They are attached with butyl rubber and Dow 795 structural silicone. This was a big day as it meant the boat was (mostly) waterproof and we could remove the tent.
Added 24 December 2010