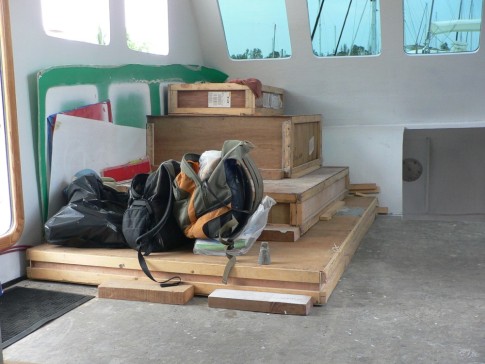 The nav station and galley still in their crates after shipping from SB. Battened down and ready for sea.
Added 24 December 2010