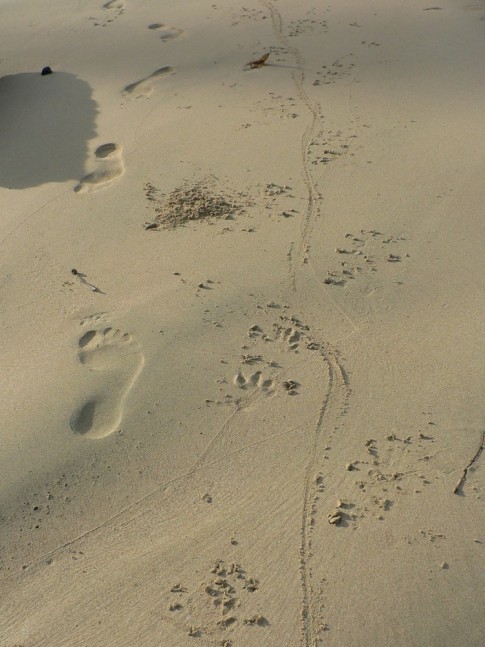 Monitor lizard tracks on the beach. These beasties get to be big enough to impress.
Added 24 December 2010