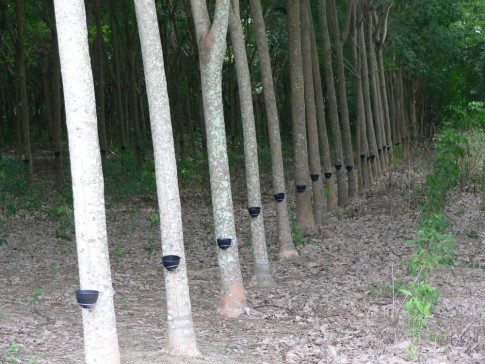 We had to return to the States to work and our flight left from Phuket so we took the bus back. We had a couple of days until our flight left so we rented a scooter and buzzed around the north end of the island. This is one of the ubiquitous rubber plantations.
Added 25 December 2010