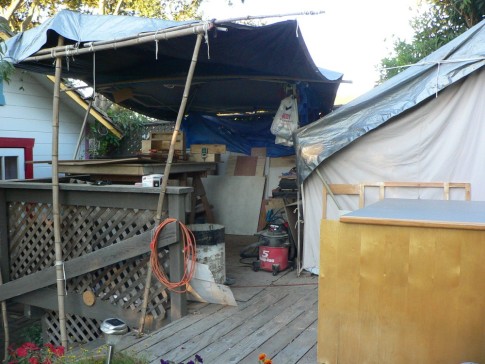 The "shop" takes shape. Sabine's tent to the left. I worried a bit about disturbing her until one day I was using my power plane and router to make some moldings. Later, Sabine emerged from the tent having slept through it all.
Added 9 January 2011