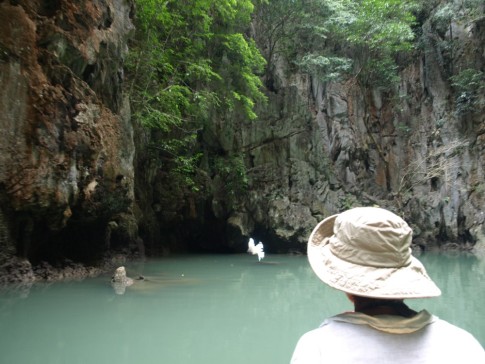 We spent the second night at Ko Hong. There is a large hong that is easily found. While exploring this hong we squeezed our kayak through a dark crack in the wall and found an inner hong. In the back of the second hong we found another crack which led to a third hong.
Added 26 January 2011