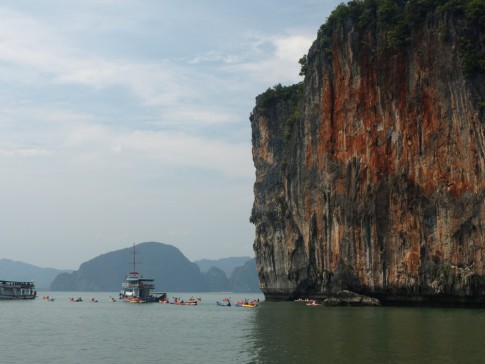 Motoring past Ko Hong, the kayak tours are like locusts.
Added 26 January 2011