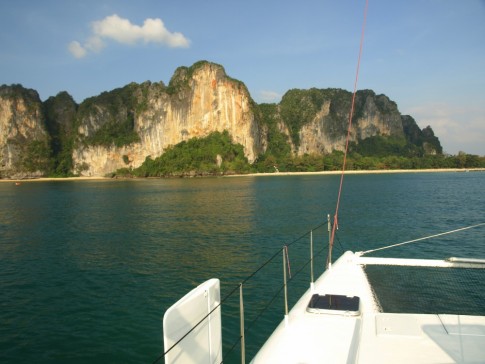 Coming into Rai Ley. This is a very striking bay that happens to be a big tourist area. We stayed long enough to pick up ice and check email and then headed to Ko Dang, which happens to be within sight of Ko Dam. One assumes the people of Ko Dang are more circumspect than their neighbors on Ko Dam. Just down the way is Ko Yaman, which may or may not be settled by the followers of Rastafari.
Added 26 January 2011