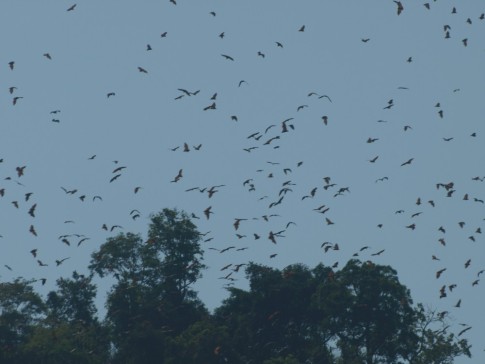 Ko Dam was full of Giant Fruit Bats. These guys have a wingspan of about 3 feet and chatter and whoop most of the day while hanging in the forest. At dusk they come streaming out by the thousands and head for the fruit trees on the mainland.
Added 26 January 2011