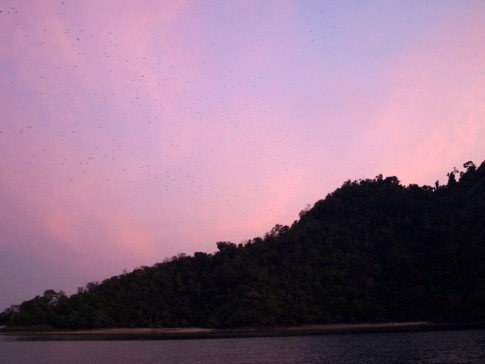 The evening Bat Show. What looks like dust in this picture is actually thousands of the buggers taking to the air.
Added 26 January 2011