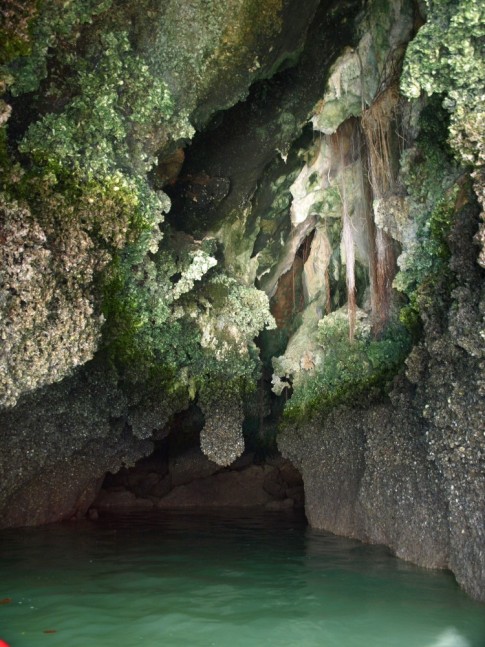 This cave had interesting stalagtites and bats as well as colorfull walls. We called it the Uvula Cave.
Added 26 January 2011