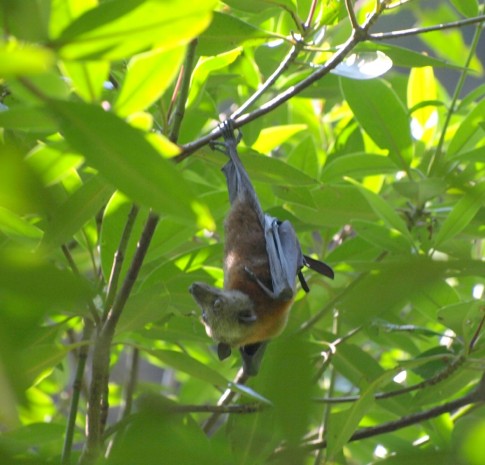 There is a hong in the island that you can walk into at low tide or paddle into at high tide. At high tide you can pick your way through the mangroves as the sound of Fruit Bats gets louder and louder until you start to see them dangling from the trees. At one point they all flew up and circled, making a giant racket. It felt like being in the middle of a Tarzan movie.
Added 26 January 2011