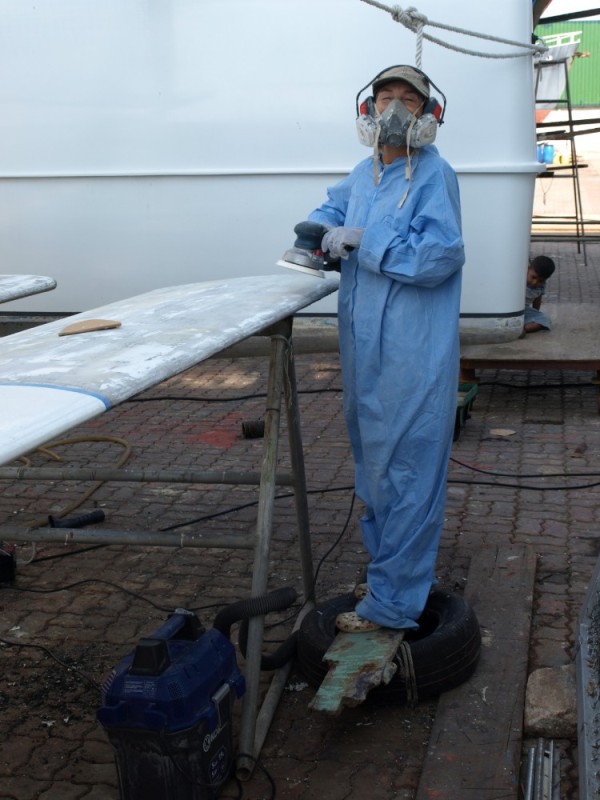 No matter how much we try to explain, most folks still refer to our trips to the boat as a "vacation". Annette vacationing in Thailand.
Added 18 September 2011