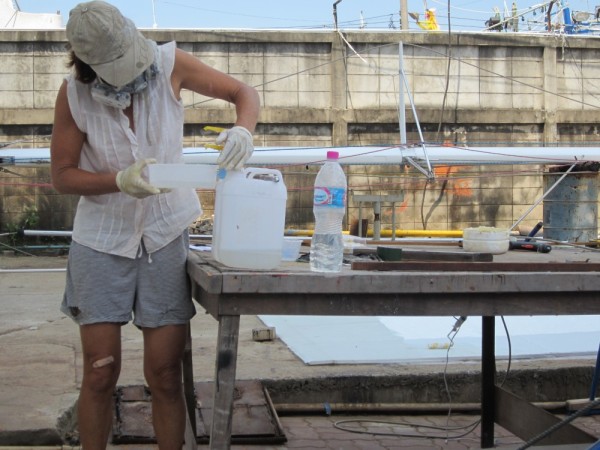 Mixing up the 945th batch of epoxy Annette shows off where she took a divot out of her knee with an angle grinder.
Added 21 October 2011