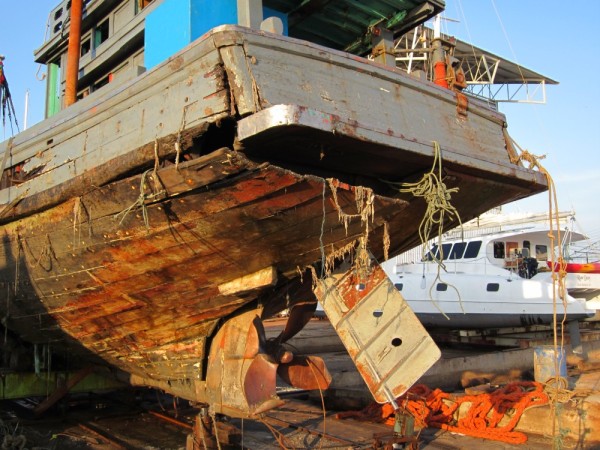 We passed this boat in the river on the way in. It was bing supported by air-filled plastic drums. Apparently spent some time on a reef during a blow. All of the planks on the stern were sprung and there were gaping holes in each side. The smell was bracing.
Added 6 November 2011