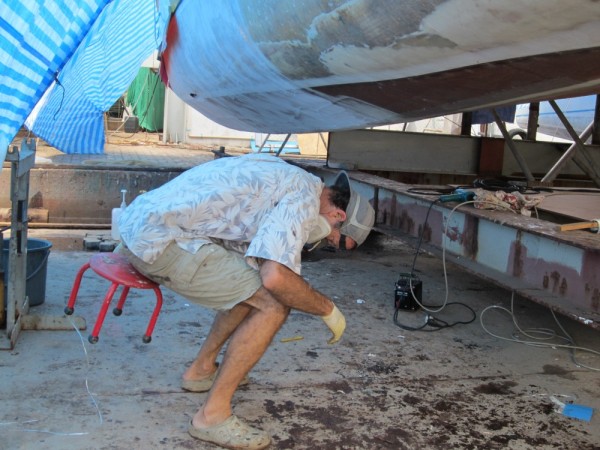 If you sit in epoxy long enough you don't need to carry your stool when you move.
Added 29 December 2011