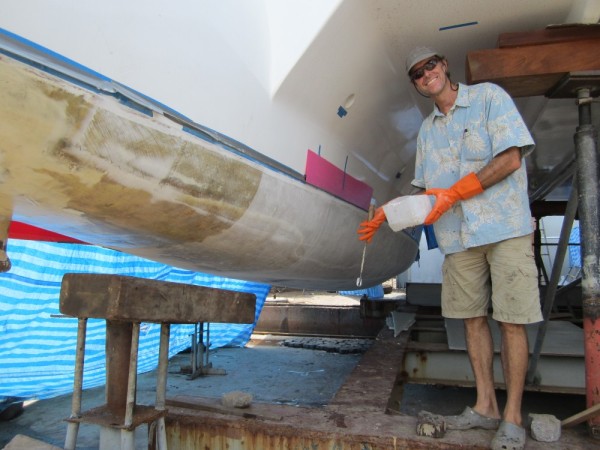 First coat of primer going on over the barrier coat.
Added 22 January 2012