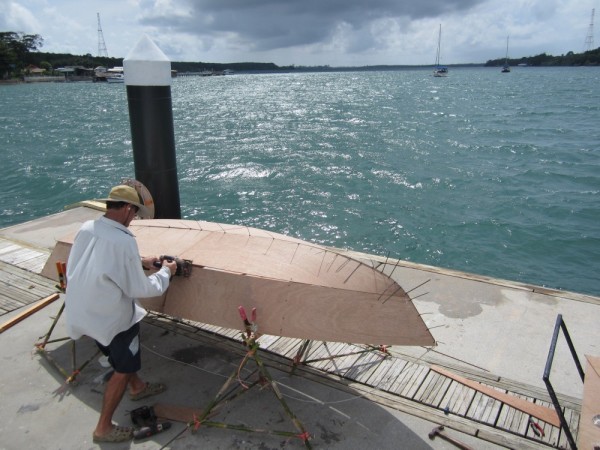 The bottom goes on. The construction is "stitch and glue". The plywood edges are 'stitched' together using wire and cable ties, then they are epoxies together, the ties cut and then the seams are shaped and fiberglassed.
Added 3 June 2012