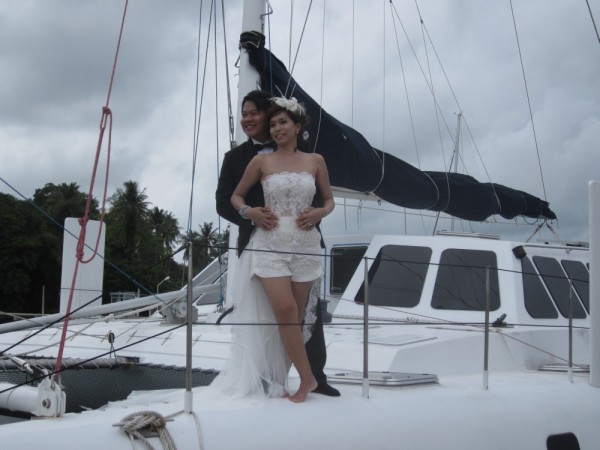 Meanwhile, our boat is a magnet for wedding photographers
Added 3 June 2012