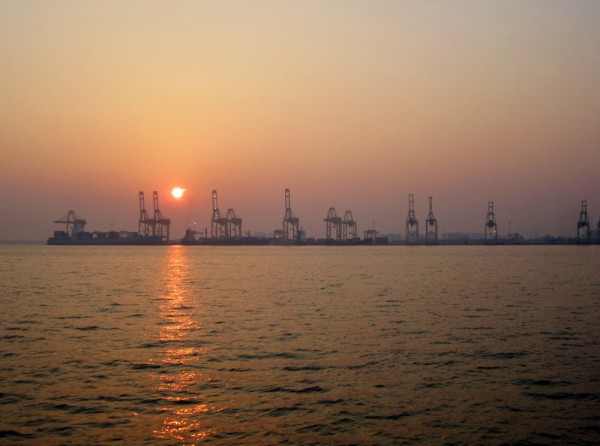 Leaving Penang. About 2 minutes later we ran into a fish net at 6 knots and I got to go for a morning swim. The fisherman were a bit upset, but after 100 ringitt were all smiles. Likely their best day fishing in some time.
Added 27 August 2012