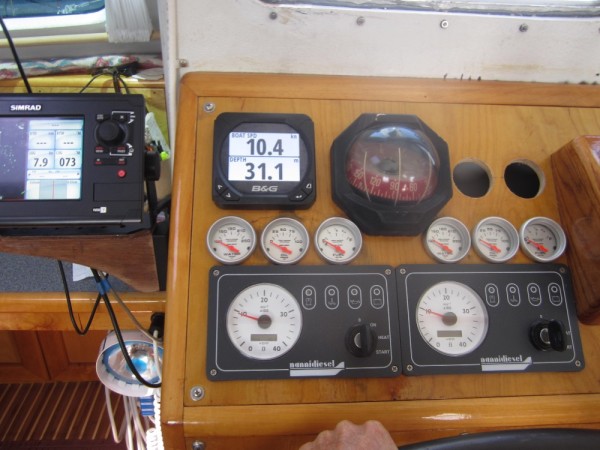 We had good winds through the Singapore Straights. As the big ships limit their speed to around 8 knots, at times we were the fastest boat out there which made threading our way through the ships a little easier.
Added 27 August 2012