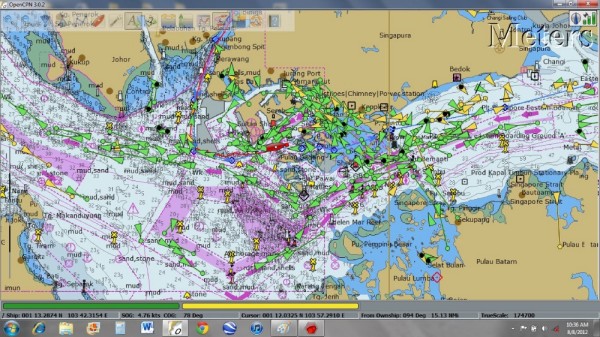 AIS is a relatively new technology that allows one to "see" ships on their plotter through VHF transmissions. Each ship broadcasts it's name, speed, type, destination etc. We got ours up and running the day before entering the Singapore Straights and it was a godsend. At one point we had over 200 "targets" within one mile of us. Here is a screen shot of the AIS in action. We are the red boat and the ships are the green and yellow triangles.
Added 27 August 2012