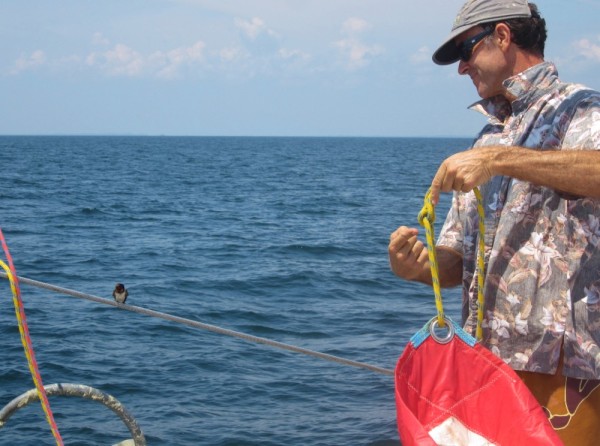 We often had swiftlets along for the ride. I figured they may as well be useful and tried to get them to help our with the sail handling. Here I am instructing one on the proper method to tie a bowline. Despite their interest, I was never able to get any useful work out of them.
Added 30 August 2012