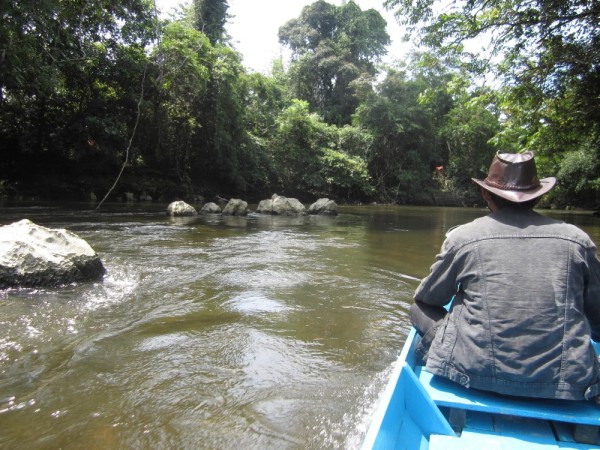 Next, we caught a boat ride up-river to the first of 5 caves we would see. This cave was not lit and we walked for a mile in the darkness, checking out rock formations and cave critters.
Added 14 September 2012