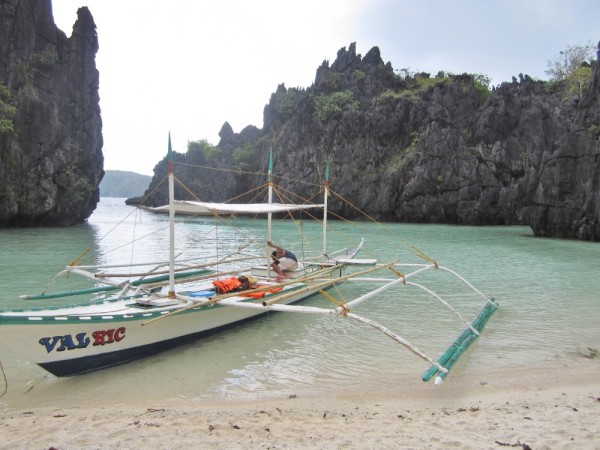 Every country seems to have it's signature boat. Thailand has it's longtails and the Philippines has the banka, a narrow, double ender with bamboo outriggers to each side.
Added 30 March 2013