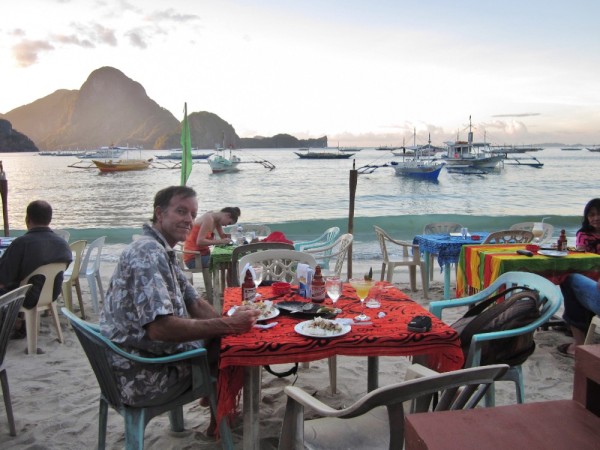 Dinner on the beach at El Nido. This is a small tourist town with a "backpacker" feel. Lots of Filipino tourists as well since this is holy week and a major holiday in the Philippines.
Added 1 April 2013