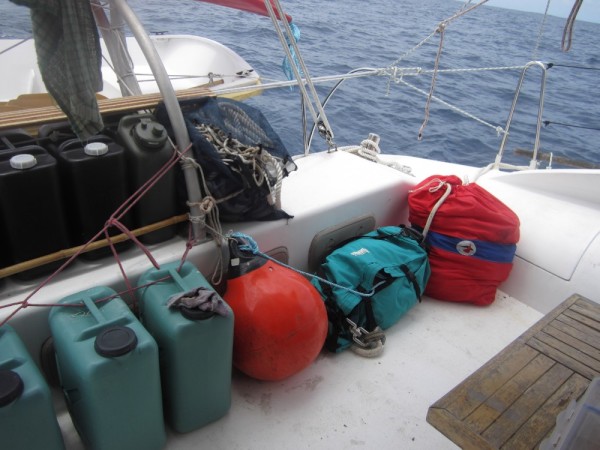 The back deck showing the series drogue on the crossbeam and parachute anchor next to the green jugs. We never needed the parachute, or the jugs, but it was nice to know they were there.
Added 25 July 2013