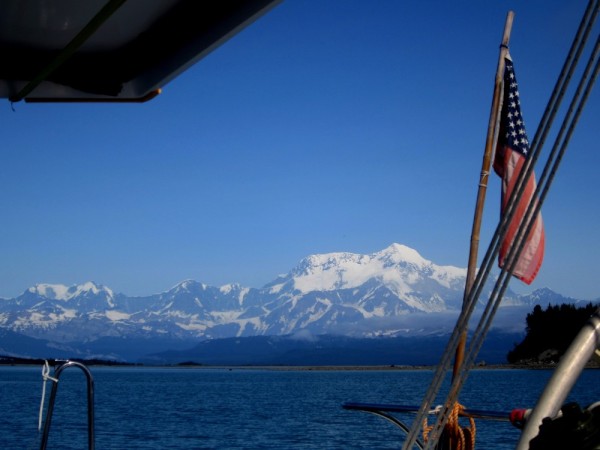 A relatively uneventful 2 days to Icy Bay and we find ourselves at anchor with the 18,000 foot Mt. Saint Elias as a backdrop. The whole Saint Elias and Fairweather ranges that line the seacoast between PWS and Southeast Alaska are all the more impressive as they rise to heights of 15,000 to nearly 20,000 feet right off the beach.
Added 1 September 2013