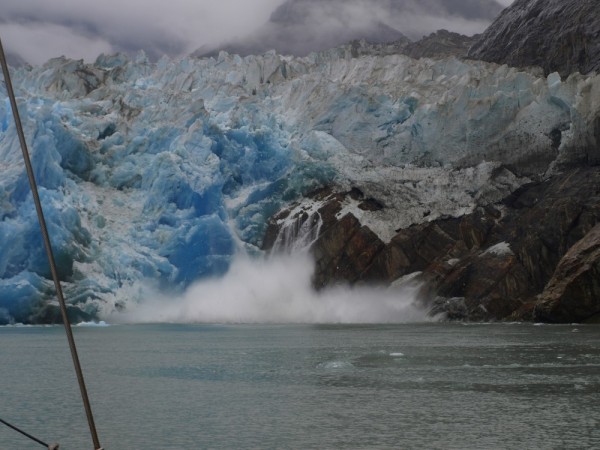 We got as close as we dared but the ice face was over 100' high and who knows how deep. We didn't want to get too close for fear of calving bits and sure enough a small chink fell off, sending a 6 foot wave our way.
Added 1 September 2013