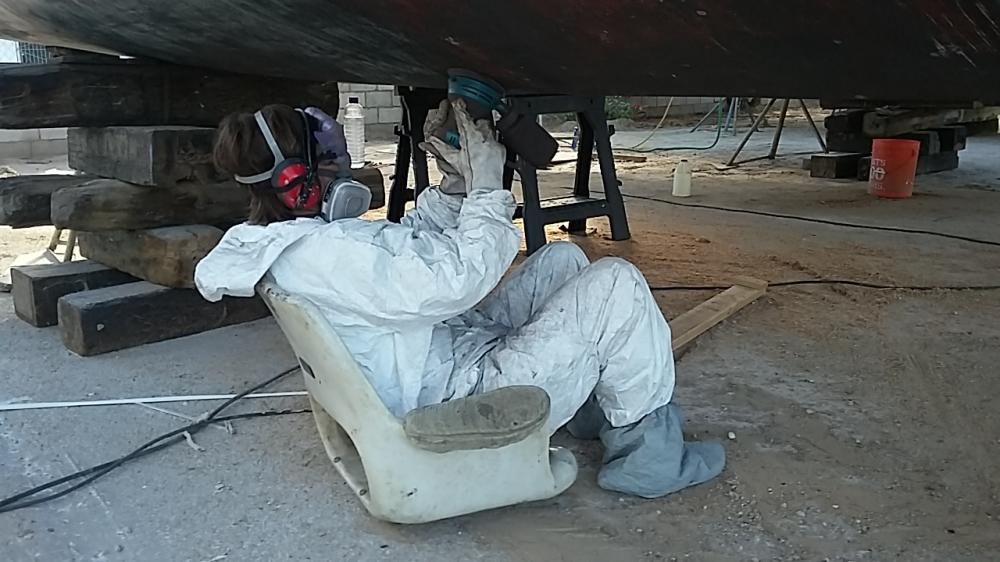 Annette, sitting around the boatyard when there's work to be done. : When we got back to the Astilleros Cabrales in November we had a few projects before we could launch, including sanding the bottom, modifying the rudders, patching all the holes in the hulls that we had accumulated and beefing up the chainplate attachments. During this time, the town hosted it's annual biker rally, drawing 5,000 bikers. The bandstand was a block away and the only clear, straight patch of road in town was in front of our boat, so that's where everyone came to practice wheelies at 4:00 am when the music shut down.
Added 7 December 2017