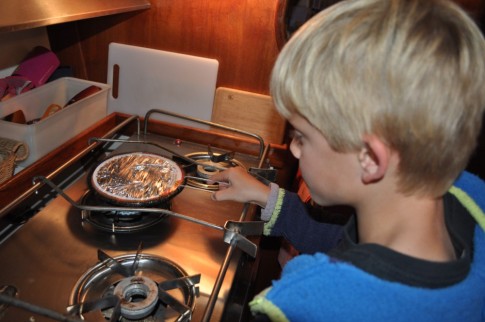 First attempt at Jiffy Pop on board!
Added 4 October 2009