July 24th we entered the Pacific time zone. Coulee Dam, on the eastern side of Washington, is the largest dam in the United States and the fifth largest power producing dam in the world. It contains 11,975,521 cubic yards (9,155,944 cubic meters) of concrete, three times as much as Hoover Dam. 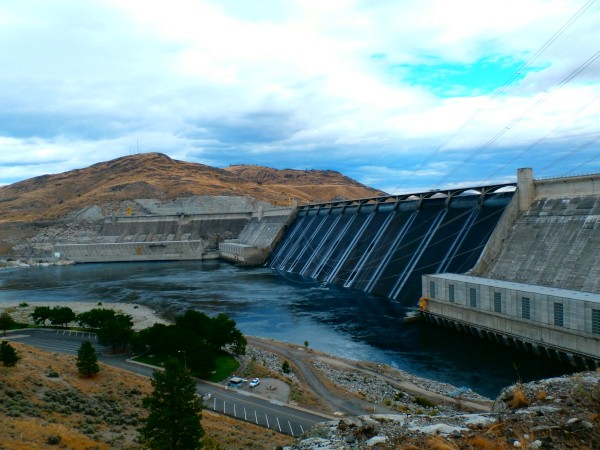 While the dam itself was an impressive sight a tour of the dam was disappointing because of the restrictions after 911. This was followed by an even more disappointing light show in the evening. 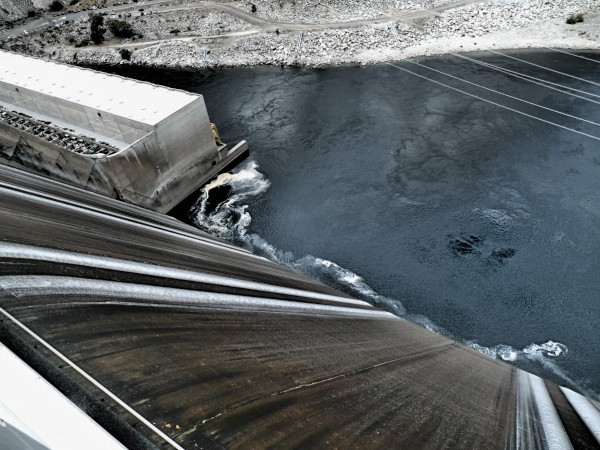 The Columbia river is the largest river in the Pacific Northwest.
The scenic roads along the Upper Grand Coulee made up for the previous day. 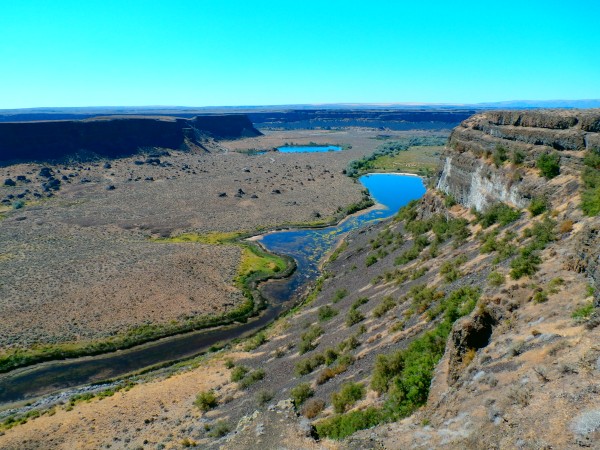 Following the reservoir we came to Dry Falls, one North America's natural wonders. Dry Falls is exactly what it sounds like, a dry waterfall 3.5 miles wide, with a drop of 400 feet it is five times the width of Niagara. Dry Falls is thought to be the greatest known waterfall that ever existed. The area was left high and dry thousands of years ago as the last of several Ice Age floods swept through the Grand Coulee region. This is one of the more impressive features along the Ice Age Floods National Geologic Trail. Boy, I sure hope I can remember half of what I am learning on this trip. 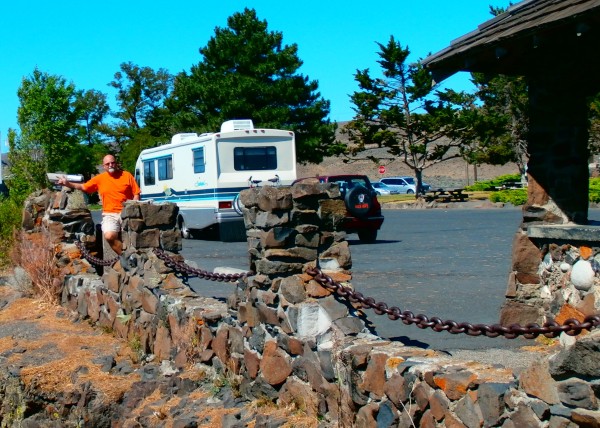 Mount Rainier National Park
Continuing on we needed to change course because of the closed roads due to forest fires in the area. We ended high up in the mountains in Wenatchee National Forest, just outside Mount Rainier. After a few days we found our way out of one forest and into another. SLOTH is too big for campgrounds on the east side of Mt Rainier National Park so we found a lovely spot just south of the park in the Gifford Pinch of National Forest. 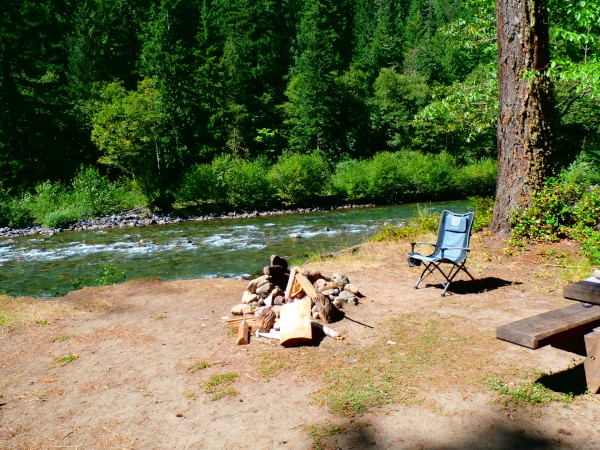 Of all the national parks and forest we have been in so far, I think La Wis Wis must be our favorite campground. We camped on the bank of a shallow river in an old growth forest. Every part of the campground was picturesque. This was our base for exploring Mount Rainier and we set off right away the next morning for Paradise, the main tourist area and starting point for many hikes. Mount Rainier is the tallest mountain in Washington at 14,411 feet and an active volcano. 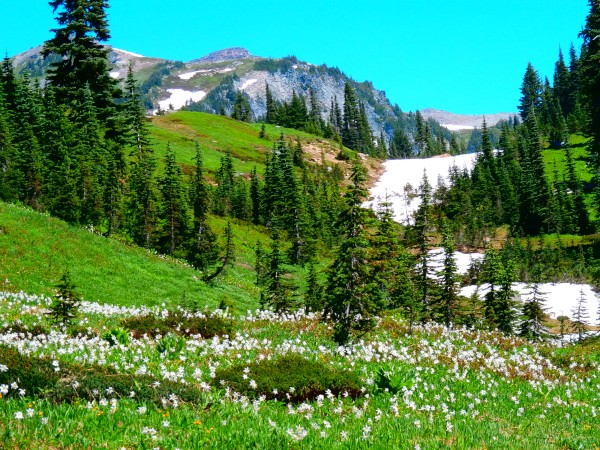 Wildflowers were scattered on the hillsides and lined our trails as we all set out for panoramic views amid the glaciers. I thought it just couldn't get any better - Paradise was paradise. 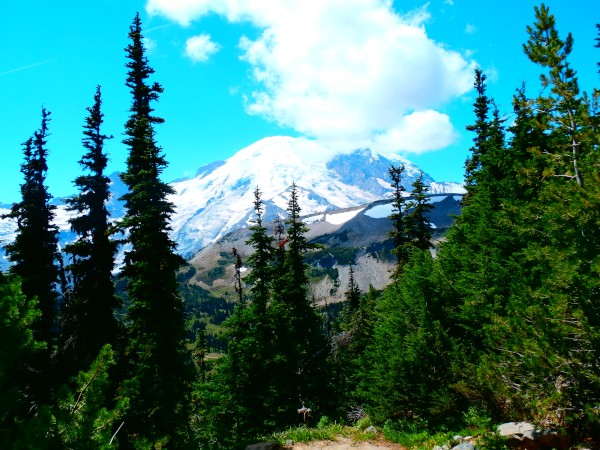 But I was wrong. The day we hiked Sunrise I found the real paradise. Sunrise is highest point you can reach by car and only open July through September. 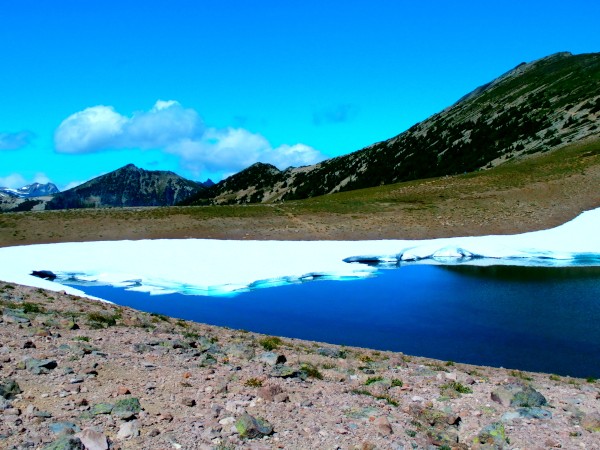 We hiked the meadows around Shallow Lake and then climbed, climbed, climbed to the ridge along Frozen Lake. A path cut into the steep mountainside gave way to absolutely the most stunning views ever. Oh wait. I think I already said that once or twice on this trip. 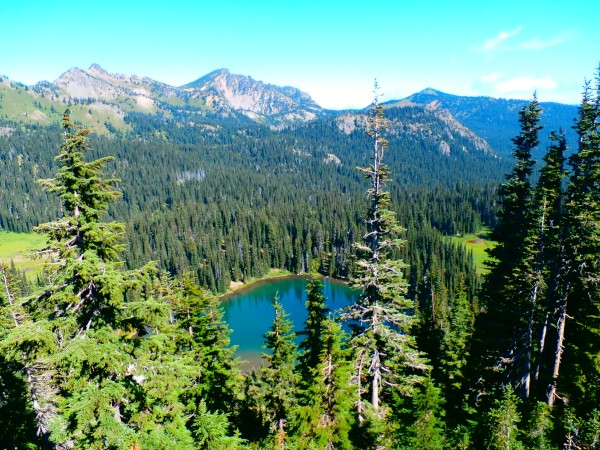 America's National Parks do not get enough publicity. They are all truly stunning. Wonderful lands have been set aside for all generations to enjoy without worry of destruction. Conservation and preservation allow us the opportunity to marvel at mother nature and her gifts to us.


It was finally time to meet grandson Silas! Off to the Olympia suburb of Lacey and the home of Steve's daughter. Amie, Danny and Silas put up with us for an entire week. Silas quickly wormed his way into our hearts and I would like to think we into his as well. Danny and Amie were wonderful hosts and doubled as tour guides. Steve and I even had Silas to ourselves for an entire day and spoiled him rotten. We headed back to La Wis Wis and grabbed the same campsite so the kids could join us for a fun camping weekend of good food, campfire pies and s'mores.

Mount St Helen National Monument
After the kids left we turned south toward Mount St Helens. Dramatic is the only way to describe it. 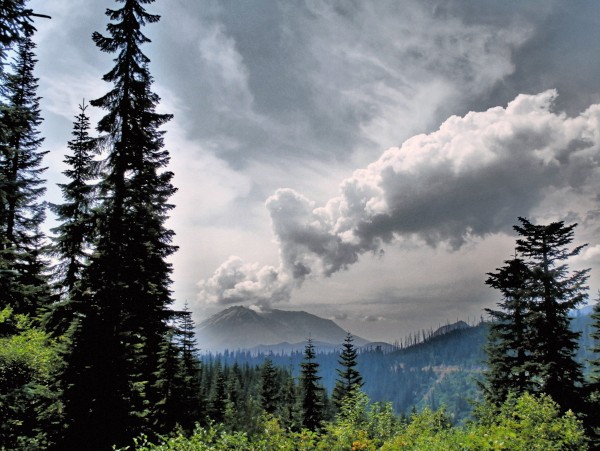 Trees in the immediate area of the 1980 eruption were incinerated while trees in the next zone were blown over with all trees lying in the same direction (roots closest to blast). The outer zone had the life striped out of them and the dead trees were left standing. All skeletal remains are now surrounded by new growth, the resulting picture can only be described as life after death. 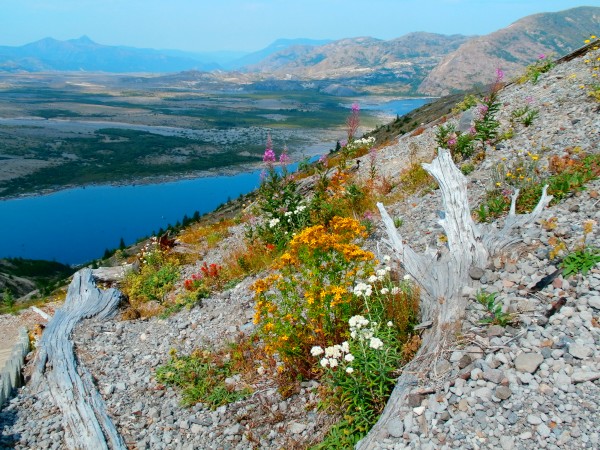 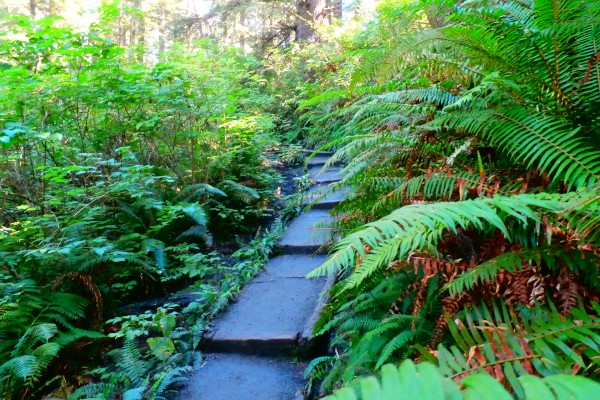 When I think of rain forest I always think tropical. However, Olympic has an immense rain forest with Hemlock, giant Cedar and Sitka Spruce trees. Sometimes all three grow intertwined and appear as one. When a mighty tree falls and starts to decay the seedlings of the Hemlock and Spruce find a firm hold getting its nourishment from the nurse tree. Eventually the nurse tree erodes away leaving the younger trees with the appearance of growing on stilts. Many times there are numerous trees all in a row leaving no question where the original tree lay. 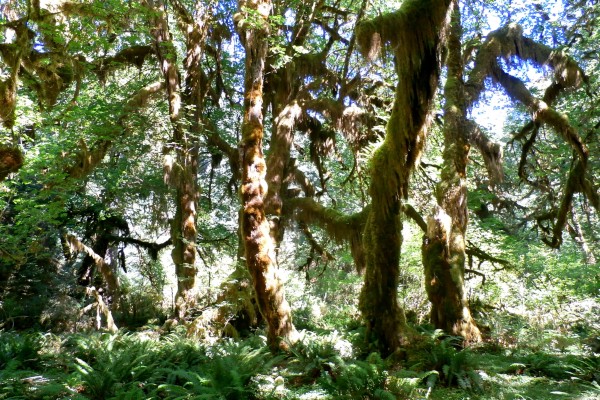 Hanging moss along with lush ferns fill every imaginable space and the effect is magical. We hiked Hoh, Quinault and several places along the Pacific coast. Hurricane Ridge was named because of the hurricane force winds that torture this mountain region in the winters. Summers are crowded with tourists from nearby Seattle and Victoria but the area is deadly and desolate in the winter except for a brave few. The kids joined us again for one more weekend and were not disappointed. The Olympic Mountain Range is a lovely mix of grassy and wooded hillsides. Several park trees hold records for their size. Olympic National Park's coastline provide wonderful beaches with sea stacks, arches and tide pools with amazing creatures. We explored several beaches taking too many pictures. I would have hated to be on this trip with an old film camera where each picture is going to cost you whether you like it or not. I just click, click click and delete what I don't like. Technology is great.
Comments
Newer Older
Contents