Highway 101 follows the Pacific coast through California, Oregon and Washington ending at Olympia. In Oregon this is 363 miles of rugged rocky coastline that is dotted with lighthouses and historic bridges. We traveled down at an amazing speed averaging almost 30 miles per day.

The Thursday before Labor Day we rolled into Fort Stevens State Park and were able to secure a campsite for one night. Each of the next 3 nights we again were able to capitalize on cancellations but we needed to move to a new sites each day as they opened up. Moving a motor home is easy compared to breaking down the tent and resetting up camp. Jo and John have gotten quite good at it these last few months. 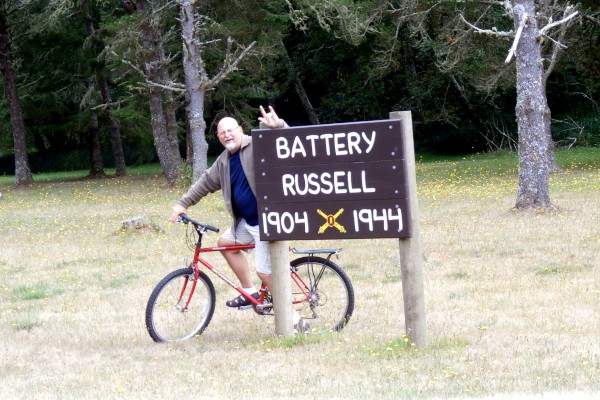 Fort Stevens is a historic fort that defended the mouth of the Columbia River until the end of World War II. Both Russells, Jo and Steve, has to visit Russell Battery. Nope, they are not related. We also visited Fort Clatsop where the Lewis and Clark expedition set up for the winter in 1805 after reaching their goal, the Pacific Ocean. 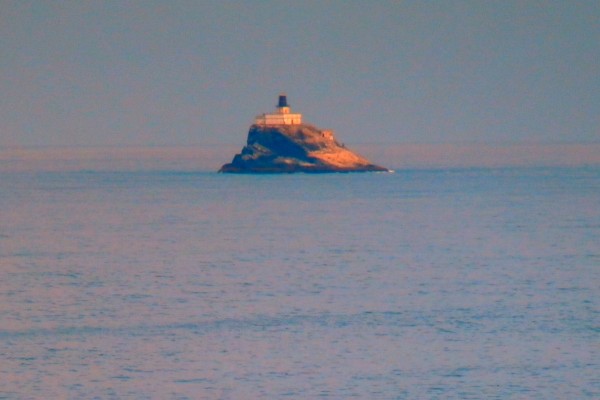 SLOTH was getting restless so we headed out stopping at almost every overlook along the way. In Tillamook we visited the cheese factory and lighthouse. Cape Meares gave us the Octopus Tree which is the largest Sitka Spruce in the state and it's namesake lighthouse which is the shortest in the state. We crossed the 45th parallel putting us exactly half way between the equator and the north pole. In Depoe Bay we ate Clam Chowder and watched Grey Whales near the shore. The Devils Punch Bowl was worth a stop and so was the wine shop just across the street. More lighthouses at Yaquina Head and Bay. 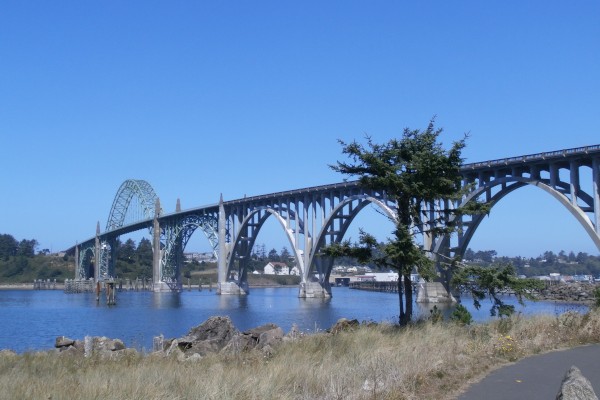 We took pictures of bridges at Depoe, Newport and Florence. Heceta lighthouse sends out the strongest beam of light on the coast. Umpqua lighthouse got a visit but sadly we missed Cape Arago Light, no longer in operation and the land returned to the Coquille Indian Tribe. Washed Ashore Art in Brandon makes fun stuff from debris found on the beach. Coquille River Lighthouse was just across the water from a wonderful farmers market. Our last significant stop was Cape Blanco where we did yet another tour with very little viability because of cold heavy fog. That is the short version but they say a picture is worth a thousand words so take a look at the photo gallery on the right.
Comments
Newer Older
Contents