Heading back into Oregon we aimed straight for Crater Lake. 7,700 years ago a massive eruption left a deep calderon that eventually filled with rain and melted snow. No rivers flow into or out of this lake creating water of unmatched color and clarity. 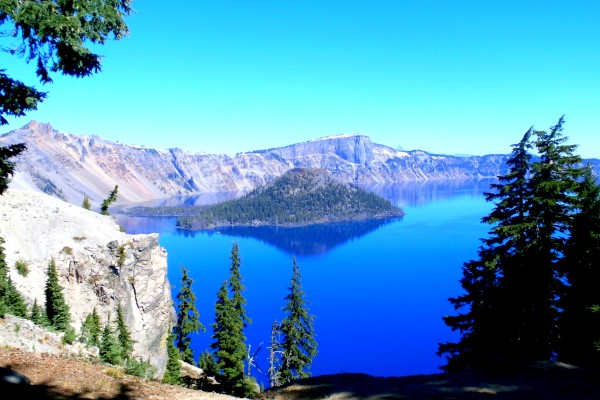 This is the deepest lake in the U.S. and holds 4.9 trillion gallons of water. The first glimpse of this lake is amazing. It is a rich blue due to the lack of impurities. Hiking down to the shore line was an adventure but coming back up was exhausting. Several young people were jumping off cliffs into the cool clear water and there were even a few guys fishing. Years ago fish were introduced into the lake but as I was told, fishing is about catching a good time. We also hiked up The Watchman while the the others hiked Garfield Peak. Both hikes are about the same height but we got to start from a point part way up the mountain. The views were stunning! 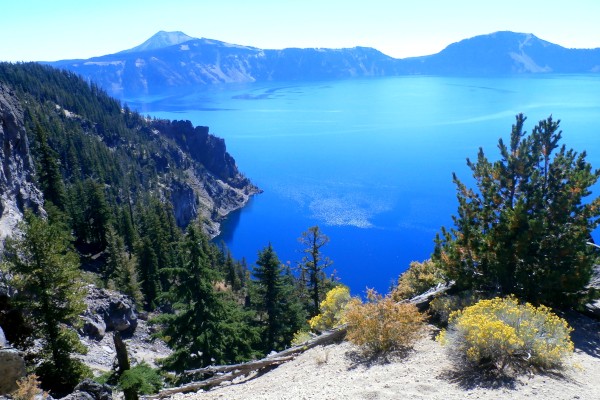 As we were leaving Crater we noticed another National Volcanic Monument on our route. No one had heard of Newberry, another Caldera that might have been impressive had we not just left Crater Lake. What was impressive though was the volcanic rock everywhere. Paths twisted through mounds of cinder, pumice and the amazing obsidian sparkling in the sun. 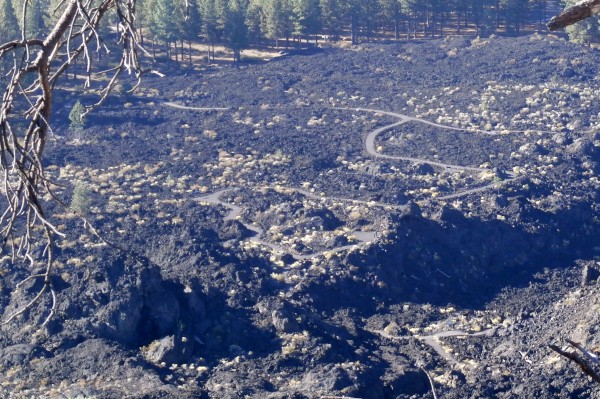 The obsidian is a rarer form of lava rock that cools too quickly to form crystals and has the appearance of black diamonds. 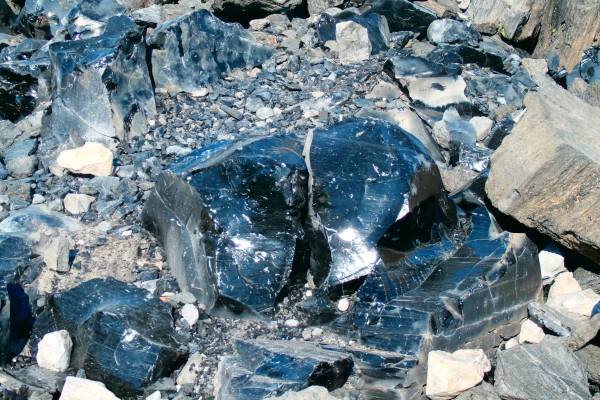 Newberry is the site of one of the largest obsidian flows in the world. Later eruptions broke the solidified flow into a pieces of all shapes and sizes. Hard and sharp they made perfect weapons for early native tribes in the area. I sent my grandson a card with samples of various types of volcanic rock to find they were studying density in school. He was able to share the samples with his class and grandma was a hero! This would be a good place to insert how adorable my grandchildren are! 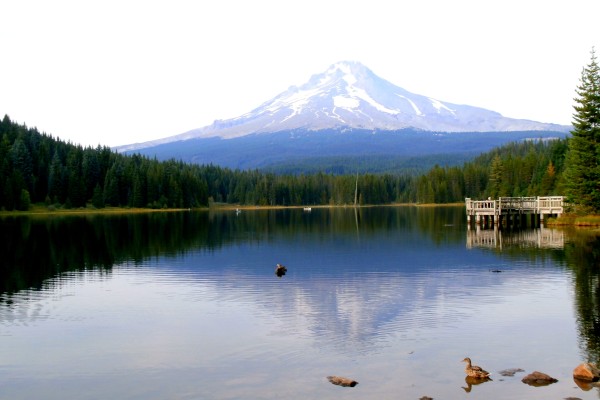 Trillium Lake sits about 5 miles south of Mount Hood and provides one of the most photographed views of the mountain. Camped on the shores of this lake we biked and hiked the area for two days. Timberline lodge on Mt Hood was built during the great depression as part of the emergency relief effort. A well known ski resort and still owned by the U. S. Forest Service, it is now a historic landmark. Every part of the lodge was built to the highest standards and attention to detail is evident everywhere. You might recognize the exterior from the opening scenes of 'The Shining'. Being inside this lodge made me yearn for my old snow skiing days, maybe I could just snuggle up by the fire and pretend that I had hit the slopes. 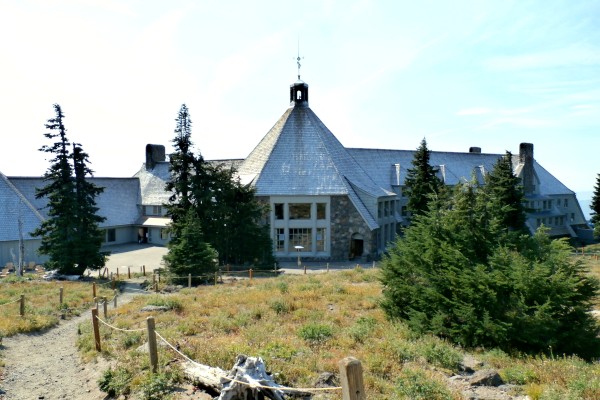 A lush green valley sits between Mt Hood and the Columbia River Gorge. This valley is know known as The Fruit Loop because of the many vineyards and orchards of every kind. That night we had pears boiled in a sweetened red wine sauce and now Jo is making a caramel apple cheesecake. Yum! 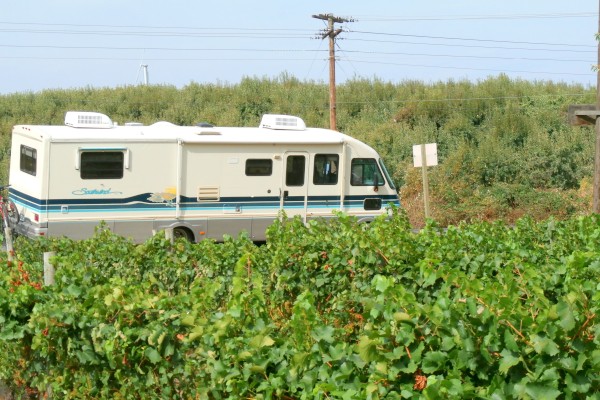 The Gorge was created by the same activity that created the Dry Falls I talked about several posts back. Cut by glaciers and floods, the river is the largest in the Pacific NW. This is a top area for viewing fall colors and while the overlooks are amazing we are just a bit early for peak colors. 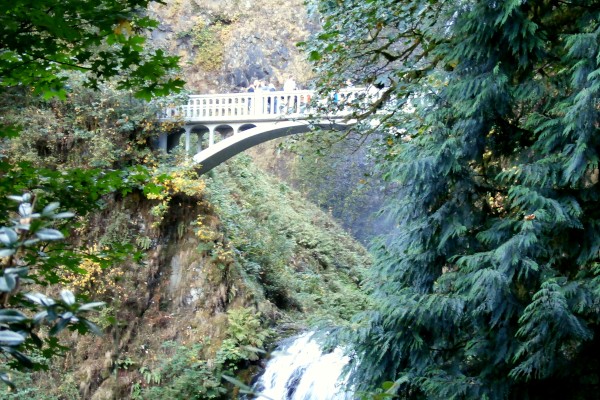 There are waterfalls everywhere and many can be seen right from the road, others are an enjoyable hike away. We stayed longer in the area than originally planned because it was stupendously tremendous. 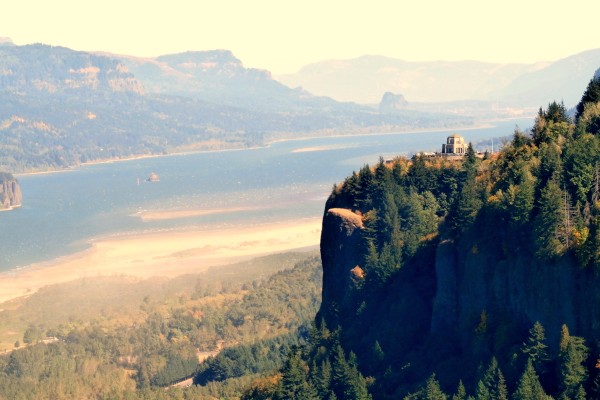 Well, it feels like vacation is over. We have been traveling since we picked up the motorhome in Florida early May. Jo and John joined us the end of June in Wisconsin. We have covered 15 states and numerous parks and forests. Now we are back in the Seattle area so Jo and John can catch flights to Canada. Steve will putter with a few things on the motor home before storing it for the winter and I will spoil Silas some more. There is still some family to visit and then we head back to the boat in a few weeks to enjoy friends and sundowners on the beaches.
Comments
Newer Older
Contents