Hovenweep buildings are from around 1200 A.D., the same are as the cliff dwellings at Mesa Verde. Aren't we lucky that early explorers respected these lands and sought to protect them and that our government agreed. I feel fortunate be have the ability to visit and experience these relics from the past. Hovenweep, which means deserted valley in Ute, was an accidental find for us. In a BLM office we were looking for campground information and found the brochure which led us to this park. Many structures were build over or near springs in the same manner as Mesa Verde. Some free standing buildings were built atop huge holders, some in the valley and even a few beneath the cliffs. 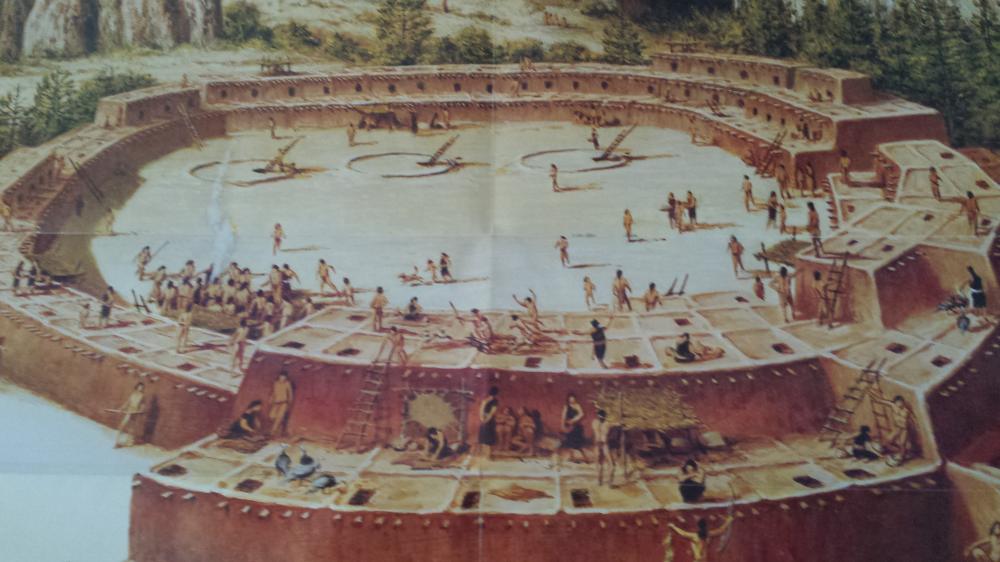 Artists rendition of Tyuonyi from brochure

and what remains today Bandelier was another large community with at least 3000 sites. Like the others, the early settlements were scattered but as the population grew villages were formed. The largest and most recent structures are Tyuonyi with over 600 rooms and the cave dwellings that frame the main village. After reading a lengthy version of why the walls of the cliffs have deep holes in them I'll just say that the entire area has naturally occurring caves due to erosion of the softer stone in a wall made up of many types of rock and sediment. Whew. All of these areas have similar pottery and baskets. Trading was common far and wide, all the locations have evidence of sea shells from as far away as the Pacific coast.
Comments
Newer Older
Contents