Getting Used to New Zealand When we were headed to New Zealand from Tonga, we thought how nice it would be for a change to be back in a First World country where English is the official language, and where boat parts and good beer would be just a few of the staples readily at hand. And New Zealand, with its jaw dropping beauty, friendly people, great wines and lovely summer weather, soon exceeded almost every expectation - but some things did take getting used to!

LINGO I suppose it would be turn-about fair play for a Kiwi visiting America, but getting used to some of the unique Kiwi expressions took some time, with a few giggles along the way. For example, cars don't have hoods and trunks, they have bonnets and boots. (And speaking of cars, they have the distracting habit of driving on the wrong side of road, which turns those of us from North America into bobble-heads trying to safely cross the street; and, as we also quickly learned, pedestrians seldom have the right- of-way, indeed they are often treated like targets!)

I quickly tossed in the towel when it came to ordering a cup of coffee (not to be confused with a "cuppa" - which is short for a cup of tea); "long black" "short white" etc. - it's as bad as knowing how to order something at Starbucks. If it was afternoon, I simply deferred to ordering a beer. If it came in a can, it was in a "tinny", and a bottle, that was easy - a bottle; but if it was draught beer it was served in a "glass" (schooner), or a "handle" (pint). If you take your beer on a pic-nic or to a "barbie" (BBQ), you don't put it in a cooler, you put it in a "chilly bin." And if you have too much to drink (never me) you get "pissed."

If you need to go somewhere in a hurry, you need to "rattle your dags" - or "daggies" (dags are the wads of often dirty wool that collect on the underside of sheep). If you check something off a list, you "tick" it, and if you get something taken care of, you "get it sorted." If you did a good job of something, it's "good on ya" or "sweet as"; if things didn't work out, they went "down the gurgler."

If you go to the beach for a vacation, you might rent a "bach" (cottage), but many Kiwis just take their "caravan" (trailer or motor home). If you don't feel like cooking you could go out and order "greasies" (fish and chips - and they are; once was enough!).

Rugby borders on religion in NZ, and the national team (the best of the best that competes internationally) is the "All Blacks." Although we could never quite figure out why in such a rough and tumble, manly sport as rugby, the officials always seemed to be dressed in pink! In cricket, another sports obsession (and a very strange game that takes some serious watching to figure out) the national team is the "Black Caps."

Finally, to wrap up this segment (which could go on and on), it took some getting used to the way Kiwis pronounce "NZ" - "en zed." I'm told (but can't verify) that "zed" is the way the rest of the English speaking world (outside of America) pronounces the letter "Z."

ACCENT The Kiwis would probably be offended if we said "it all sounds British." In origin, yes, but just like in the States, where there are both subtle as well as wild swings in accent from one part of the country to the next, in Her Majesty's Realm there are significant differences in accent, as well. The Kiwi accent is apparently quite distinguishable from Australian (something we will leave for later study), and both are distinguishable from accents (plural) in the UK (to which we can somewhat attest, from listening to our British cruising friends). It took us a while to put our finger on what drives the Kiwi accent - and as best we can figure, it's a very strong emphasis on long vowel sounds. For example, the number "seven" as we pronounce it does not exist in NZ; it's pronounced "seeeven." 'Okay' is "Oh kiii" (or just "kiii"), and 'Yeah' is "Yeee aa" - and is usually uttered in duplicate or triplicate at a very rapid pace. The accent doesn't just focus on long vowel sounds, though, as there are some other anomalies, like the tendency to drop the "t" in 'thirteen' and 'fourteen' and replace it with a "d"; thus you end up with two new numbers, "thirdeen" and "fourdeen." Early on, especially when we would encounter someone of the younger generation whose speech was revved up to warp speed, we would simply resort to our "old folks" ploy, with hand cupped to the ear, of "I'm sorry, I couldn't hear you," when what we really meant was "I didn't understand a word you said." We finally got most of it figure out, at least enough to feel fairly comfortable with the accent - about the time we left NZ for Fiji. But, just think how easy it will be for us when we go back in the fall - ahh, I mean spring, or whatever it is down there in November!

GROCERY SHOPPING Every new country we have visited since leaving the States has brought the challenge of re-learning how to shop for groceries! Once I figured out what stores in NZ carried the premium brands of beer that offered a selection of IPAs, and where they were stocked, I was golden. Linda, on the other hand, being responsible for all other grocery shopping, had a much harder time of it: figuring out what is and is not available; what otherwise familiar products are called (bacon being a good example, with "streaky bacon" and "middle bacon" among the choices); where something might be shelved (applesauce and ketchup being together, for example, because ketchup is "tomato sauce"); and whether something really is what it purports to be (sourdough bread being a good example - so much of what is called "sourdough" in NZ really isn't). And a camera was often an essential grocery shopping tool, to capture images of some of the more exotic offerings that never made it back to the boat, like packaged pig heads and "pork trotters."

OUT AND ABOUT As mentioned above, New Zealand is a stunningly beautiful country, and we tried to take advantage of having a car to get out and see as much of it as we could (although in the end our ambitious travel goals went down the gurgler, with at least the hope that we will see more "next time"). Every time we took or a road trip or went on a hike (a "tramp"), we took our camera, for there was always something unique, humorous, or spectacular to record for posterity: like fern leaves as big as we are; or fern "trees" that stand 20 or 30 feet high; a herd of "Oreo cows" (pictured above); or the colorful pukeko bird. We will showcase the spectacular elsewhere, but check out the "Some Funny Things In New Zealand" photo gallery for some of those images - just click on "Photo Gallery" in the right hand panel, and then click on the title of the photo gallery (or "View Album") to open it.

We do not mean to imply here that we have gotten used to all the wonderful and unique things New Zealand has to offer. It is just that now we have come to expect the unexpected, and to realize that every outing in NZ will bring new adventure, glorious sights, and fond memories; we hope you enjoy sharing some of ours with us! 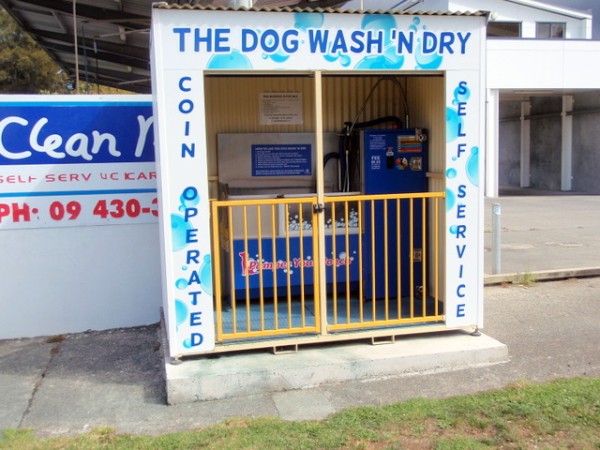