18 July 2016
We finally got away from Auckland at 1600 hrs on Saturday 2 July, thinking the first few nights were going to be cold as Auckland had a great frost that morning and a temperature of 2 degrees. So in windless conditions it was the rumble of the iron sails that initially transported us northwards. We knew we needed to get north of 25 degrees south by Wednesday night to get ahead if a frontal system moving across from New South Wales. It became clear early on we were not going to make that waypoint as with light headwinds we firstly got pushed to the NW and into Cape Reinga and then to the NE on a bearing for Fiji. 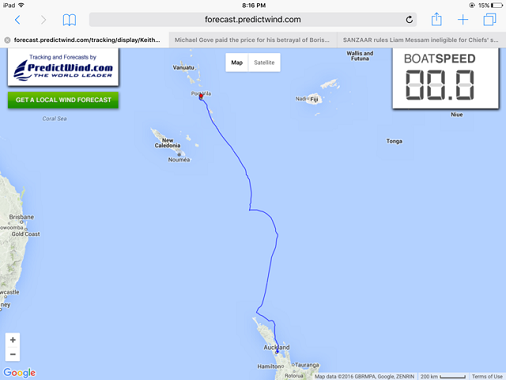 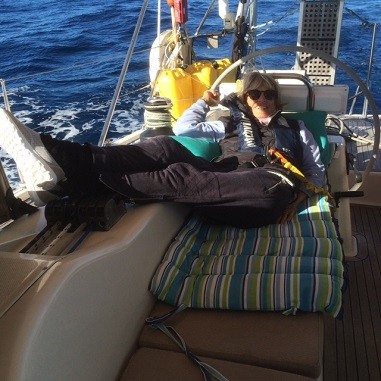 By Wednesday with winds starting to build from the NNE the weather advice was to head west to cut through the frontal system and into NW winds on the other side. The tracking picture shows this clearly as we seemingly and gracefully (on paper) arced to the west making very little impression on the distance to run to Vanuatu. So it was for 36 hours with a triple reefed main and a pocket handkerchief of headsail we observed the number one rule in the ocean, look after the boat, and made 3-4 knots to the west. 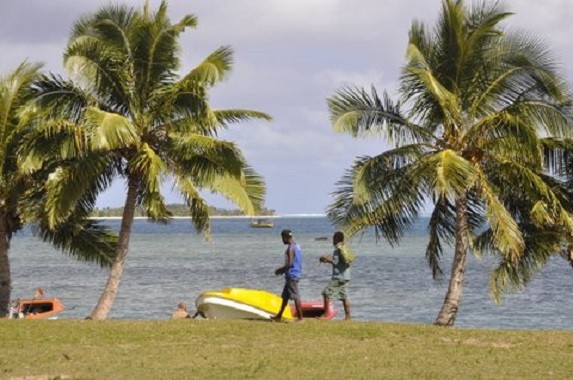 Finally we got through the front and were then able to lay through to Anatom, an island in the Vanuatu Group we had permission to clear in at. En route we had to bear away to miss the uninhabited Matthew Island, which we never knew existed until it popped up on the chart. We passed about one mile to the east, early evening, and in doing so crossed the edge of a 10,000 metre "hole" with a very distinctive sulphur smell. 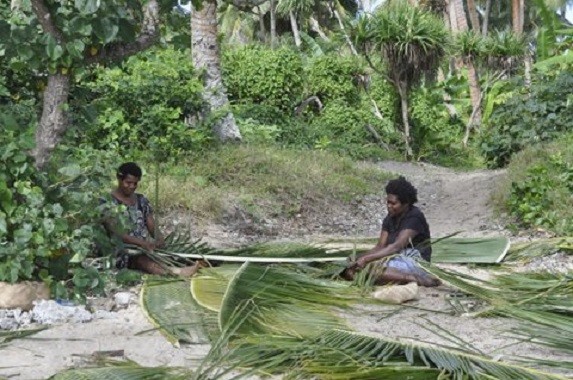 Our late afternoon arrival at Anatom on Sunday 10th July was fortuitous as the charts indicated an entry through a pass in the coral reef that although an easy entry would have been more challenging at night.

We cleared Customs the following morning and had a walk around thus delightful island, home to around 1,200 very friendly people, no roads, no cars, one TV and seemingly a self-sufficient life style. The adjoining unoccupied small island called Mystery Island, that protects the Bay is beautifully presented and entirely set up for visiting cruise ships that stop by for a day visit only during which time tourists are treated to a vast array of artefacts, clothing and other memorabilia. 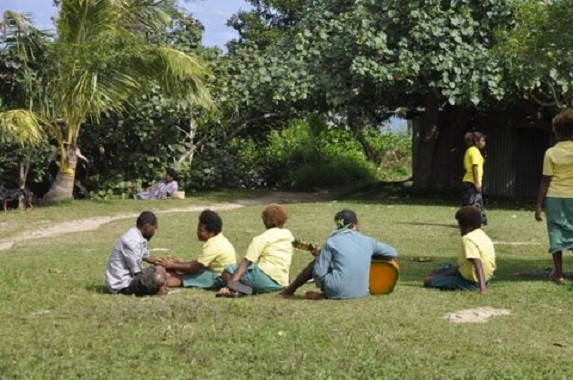 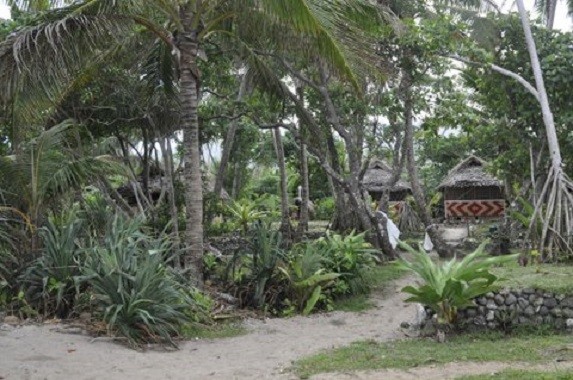 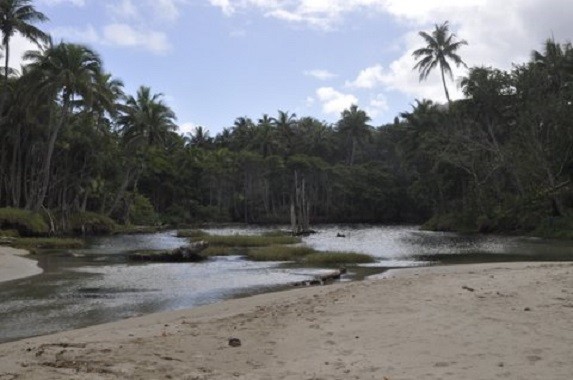 We departed Anatom at 0300 hrs on the second night with the intention of stopping at Tanna (a 52 mile passage) and climbing Mt Yasur, the active volcano. As there was no Immigration Officer at Anatom it was suggested that we do the immigration bit at Lenakel, a town on the west side of Tanna. However, and unfortunately, the bay was too rough for us to stop so it was on for another 45 miles to Dillon Bay, with a great genaker run, on the island of Erromango where we anchored and stopped for dinner - the same bay we stopped at on our last passage to Vanuatu in 2000. After the "dinner" break it was onwards for the final 60 miles to Undine Bay on the NNW coast of Efate to enter the marina lagoon and tie up a couple of hundred metres from our partially constructed house, arriving on the afternoon of 13 July - a much longer passage than envisaged! 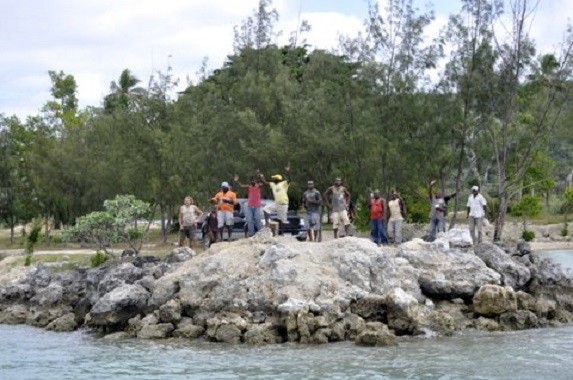 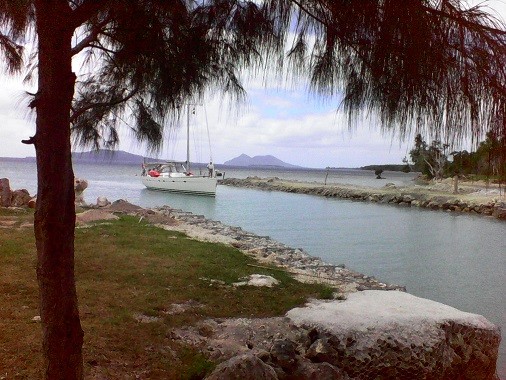 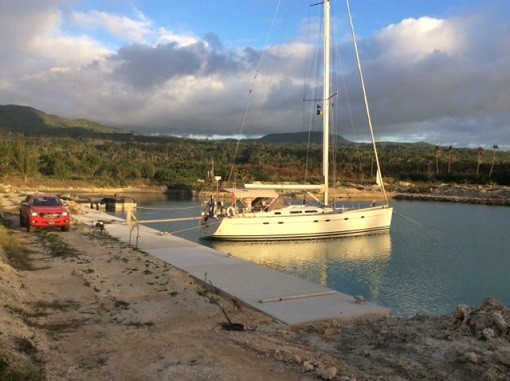 Tied up in the marina basin 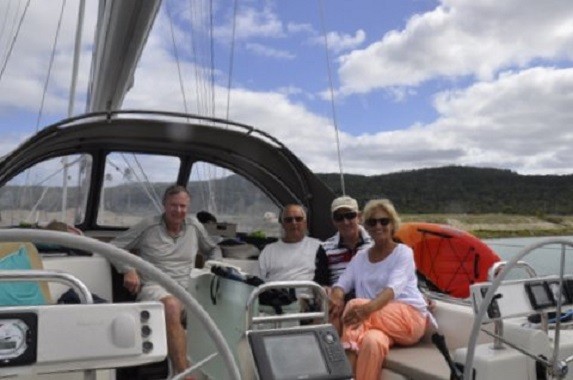