On Saturday morning, we got up early, said goodbye to the sea lions, motored out of Pier 39, and rode the last of the ebb tide out under the Golden Gate Bridge. Kelly and her boyfriend were with us, which made it extra special. Kelly acted as our videographer, shooting GoPro video as we approached, and then went under, the Bridge. At 10 am local time, we left San Francisco Bay and headed out into the Pacific. 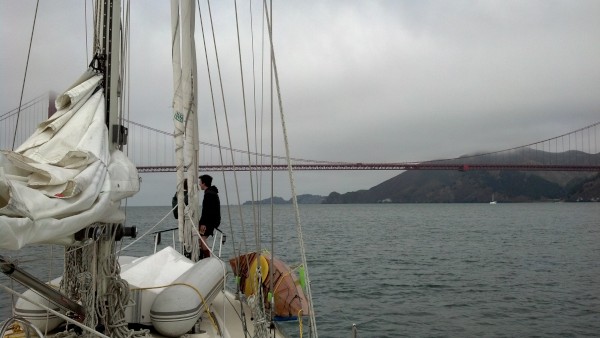 It was an easy sailing day--5-10 knots of wind and friendly, slow 3-foot swells. We didn't go very fast, but we saw lots of cool animals along the way, including sea lions, harbor seals, harbor porpoises, jellyfish, sunfish, and lots of birds. Kelly mentioned early on that she hoped to see a whale, and wouldn't you know it, a while later, we saw a whale in the distance. This one whale turned out to be three whales, who were on a converging course with us. Eventually, they were spouting and diving about 50 yards from SCOOTS. It was very exciting! 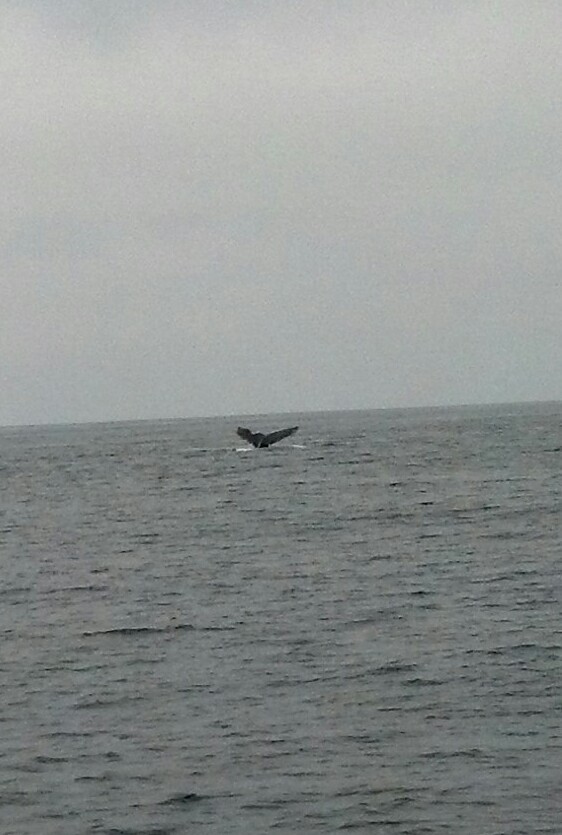 As we sailed down the coast, it was fun to see many of the shoreside places where we'd spent time on land looking out to sea. Now, we were looking from the sea back toward them. Devil's Slide looks particularly precarious from the ocean...who thought building a road there was a good idea?!

In the middle of the afternoon, we arrived outside Pillar Point Harbor. We took down our sails, motored around the buoys marking the reefs, and anchored in the roomy and tranquil harbor. 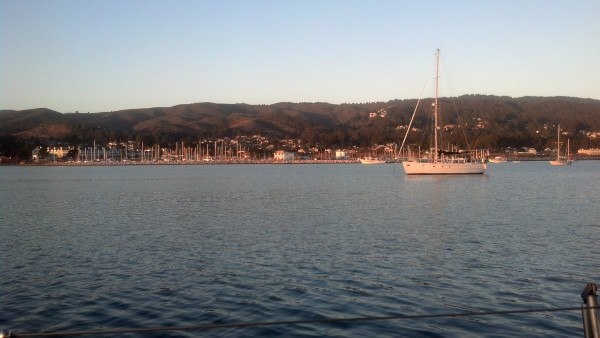 After dinghying Kelly and her boyfriend ashore (he lives just across the highway from Pillar Point Harbor), we came back to SCOOTS to tidy up and make dinner. It was a pleasant evening, our first anchored out as full-time cruisers. We slept very well, too, knowing that our new 110-pound anchor was on the job.
Comments
Newer Older
Contents