Auckland's Maritime Museum, Sir Peter Blake, Baxter joins the team, learning to drive like a Kiwi, and a Fun Fact We arrived into Auckland at around midnight, after a fun and relaxing visit to the States. Because of our late arrival, we'd opted to stay overnight in the city, planning to make the three-hour bus ride back to Whangarei in the afternoon of the following day. 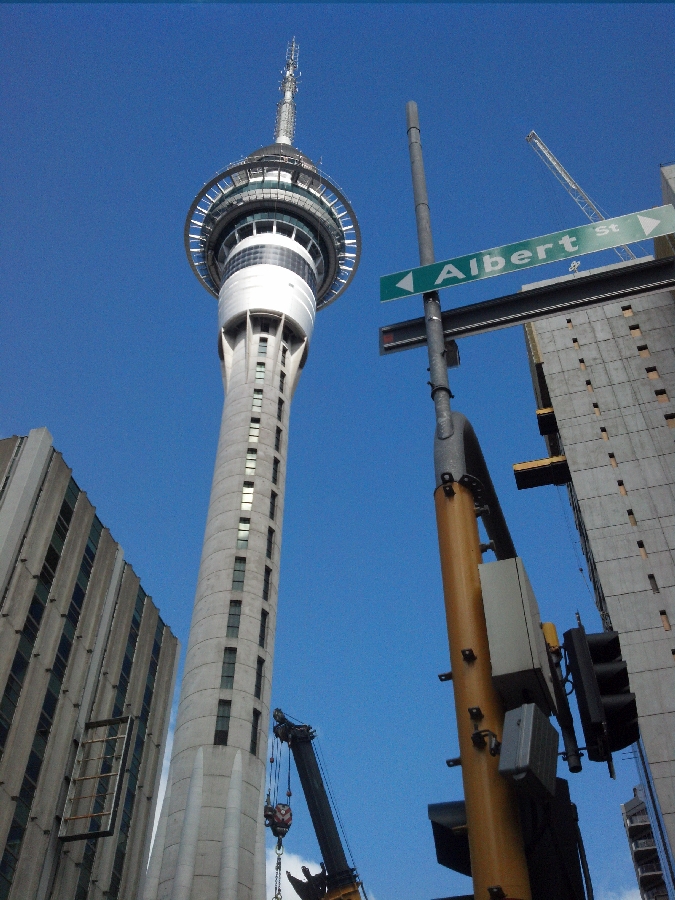 We spent the day exploring Auckland's Maritime Museum, down at the waterfront. What a fantastic place! With exhibits and information spanning New Zealand's long maritime history, from the arrival of the Maoris, through several America's Cup victories by Team NZ (but no mention of the Kiwis' embarrassing loss to the US team in the most recent America's Cup series), and including ferries, barges, ocean liners, shipwrecks, a comprehensive array of sailing dinghies, and even a noontime cannon firing, the museum is a must-see if you have any interest at all in boat-related things, and a few hours to spend in Auckland. 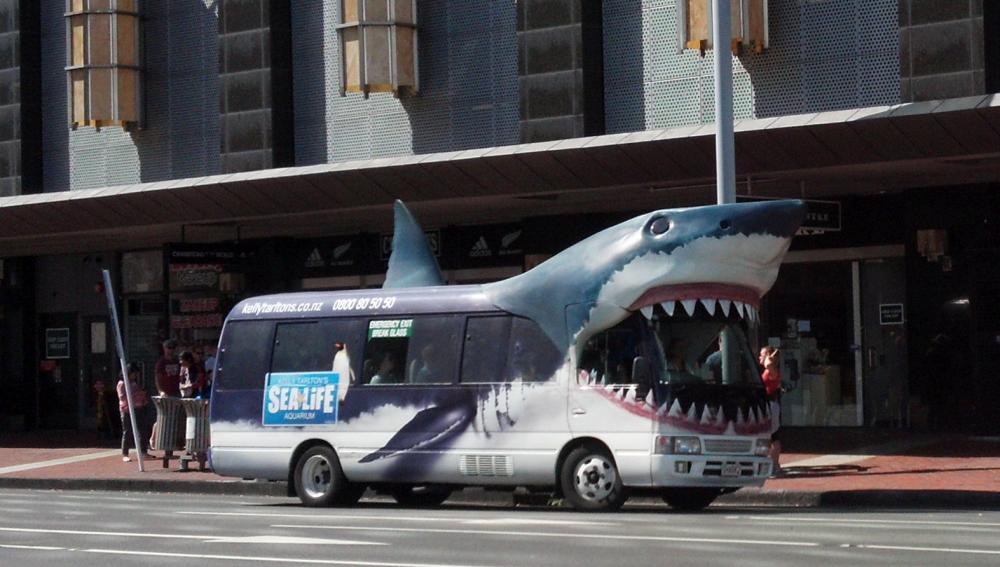 It also sported an entire hall devoted to favorite Kiwi sailing son and environmental activist, Sir Peter Blake, whose name is nearly synonymous with sailing, especially here in New Zealand. I'd known nothing about Sir Peter when I'd arrived, but by the time I left, I knew plenty. In addition to winning several America's Cup races with Team NZ, a slew of ocean races, and earning the Jules Verne Trophy in the mid-1990s for the fastest sailing circumnavigation, Blake was also known for helping to raise awareness about environmental causes, including global warming. Though murdered in Brazil while attempting to defend his crew from pirates who'd boarded their environmental research vessel, Seamaster (later renamed Tara), his legacy lives on through the continuing efforts of Tara Expeditions http://oceans.taraexpeditions.org/en/

After returning to Whangarei, we got serious about finding a car, so we could begin our land-based explorations. Eric spent several days perusing the websites of local auto auctions, local ads, and Trade Me (NZ's version of Craigslist), where he happened upon an ad for a car named Baxter.

Baxter is a red 1999 Toyota Camry whose price, condition, and features included everything we were looking for...and a cool name, to boot. After a quick once-over, a short test drive, an exchange of cash, and some necessary paperwork, Baxter joined our team. It's very freeing to know that all of New Zealand is now available for our wanderings.

Fun Fact: Here in NZ, For Sale ads often contain the acronym "ONO" after the price, not "OBO." Any guesses what that might stand for? (I'll tell you at the end of the blog.)

Once we had a car, then came the fun...driving on the left-hand side of the road - and all it entails.
The controls are on the right, of course, and the rear-view mirror is up to the LEFT, instead of up to the right, so we have to remember to look there to see what's behind us. When turning right, we have to watch for cars coming from the LEFT, and remember to end up in the FAR lane. Turning left is easy, though; we just turn into the closest lane and keep going.

Baxter sports a 5-speed manual transmission, so in addition to everything else that's backwards to us, we also have to learn to shift left-handed. Fortunately, the pedals, while being locating on the right-hand side of the car, are still in the same order as they are in the States....clutch, brake, gas. Having to relearn all the foot movements, as well as shifting left-handed would have been too much for us!

And then there are the roundabouts. So many roundabouts! This is where it all comes together: we wait to enter ("Give Way," in Kiwispeak); then, when it's clear, shift into first gear, start heading around to the left, keeping to the leftmost lane; shift into second while watching for cars entering from three or four additional entry points; and exit (hopefully) at our intended street, still keeping to the left.

So far, we've only driven together, with each of us having a stint in the driver's and passenger's seats. Each seat has its own special kind of scary. It's scary to sit in the passenger seat because you can't control the car from the left side, as you're used to. It's scary to be in the driver's seat because, well, you're the one driving, and, at least for now, it takes a fair amount of concentration to keep out of trouble.

Also, I've been briefly alarmed when I noticed that the person in the left hand seat of another car wasn't watching the road - at all - while the car was moving - until I remembered that, oh yeah, that's the passenger seat here. Old habits take some time to be changed.

The passenger's job is to remind the driver of things that aren't instinctual yet, but are necessary to know while driving here. During turns, the passenger reminds the driver which direction cars will be coming from and which lane to end up in after the turn. While navigating a roundabout, the passenger helps the driver know when we can enter the roundabout, when and where other cars are entering the roundabout, and which exit we'll want to aim for. Additionally, the passenger may, at any time, without prior warning and occasionally in a high-pitched voice, alert the driver that the car is TOO CLOSE to the edge of the road.

While this sort of participation by the passenger would normally fall into the realm of nagging or back-seat-driving, at the moment it's very helpful to each of us, at least while we shift our driving habits to the other side of the road.

So far, we've had a fun and dent-free adventure, with lots of laughter along with the nervous perspiration. Shifting with our left hands has proven to be much easier than expected. Now if we can just stop signaling with the windshield wipers!

Fun Fact answer: ONO stands for "Or Near Offer."