Enjoying Whangarei, a Bubba fix, and some new words We've been settling in, here in Whangarei. It still feels a bit strange, to be hanging out in one place for such a long time, but we're getting used to it.

With SCOOTS tied up at the Town Basin Marina, we can get all the weather we need from Weather Underground, rather than pulling in weather faxes, text forecasts, Gribs, and satellite pictures over our SSB radio; we can go for a walk – into the woods, 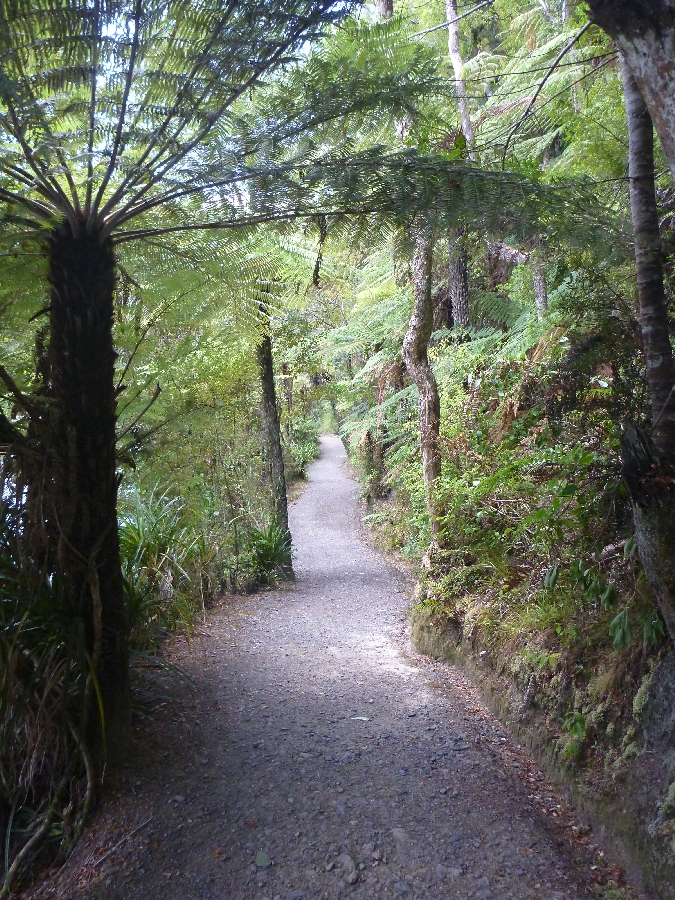 into town, along the river, 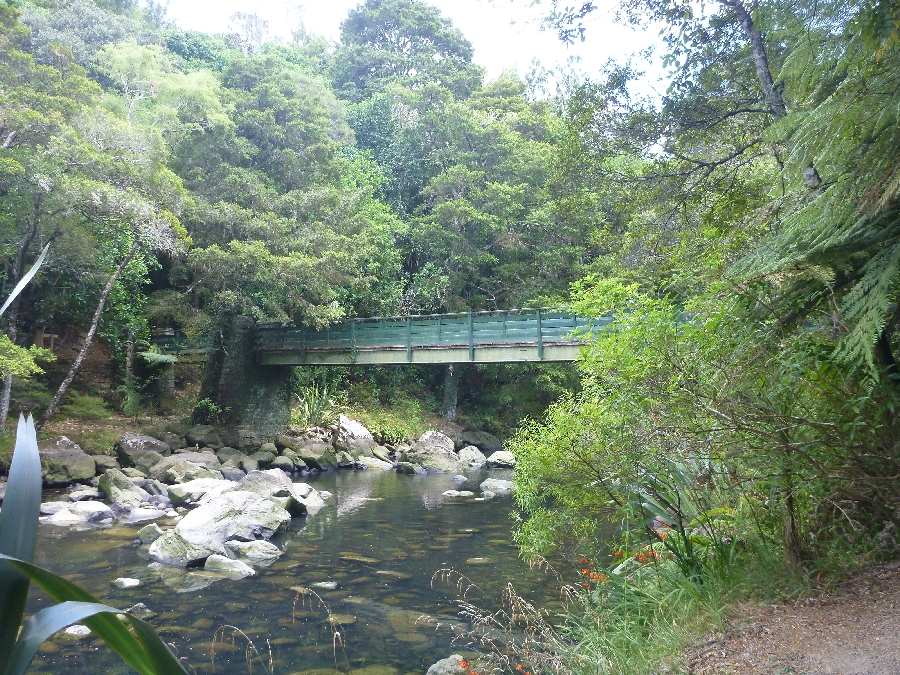 across the street to the grocery store, to restaurants – anytime we feel like it, without having to brave a surf landing or endure a wet ride in our dinghy; we have a library card; we have a loyalty card for a local supermarket; we have a car. It's downright civilized, living this way, and we still have a couple more months to enjoy it. 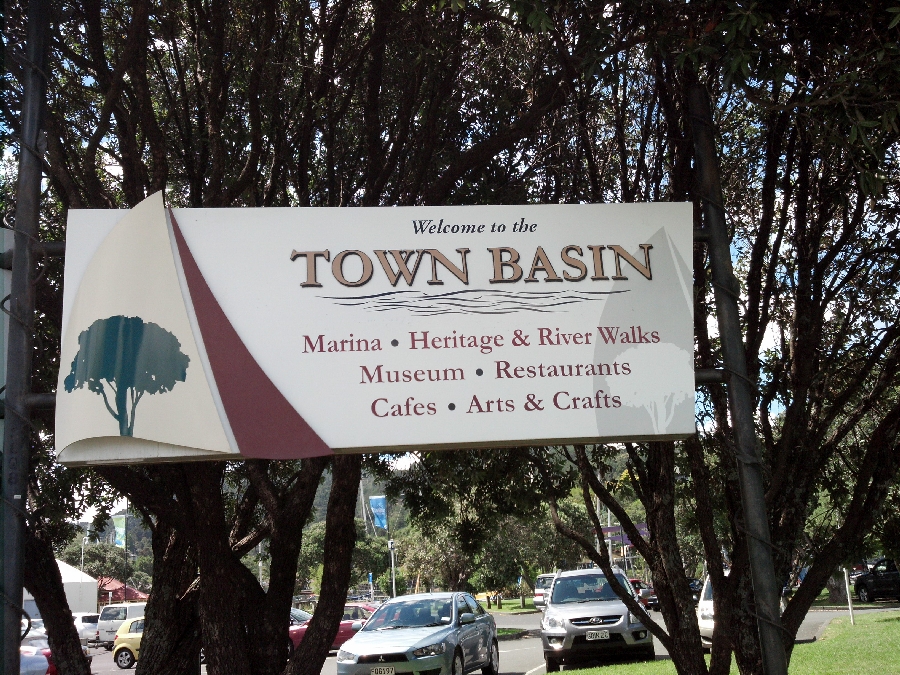 I learn a new word – or a different pronunciation of a word I already knew – almost every day. Here is a list of items I encountered in the produce section of the grocery store the other day:

All of these items can be found in the produce section of an American supermarket; they just have different names here. Fortunately, the fruits and veggies were displayed beneath the signs with the unfamiliar names, so I could tell what they were. See if you can figure out what they are. (I'll tell you at the bottom of the blog entry.)

And while we're at it, here's a sign posted on the front of the local K-Mart: 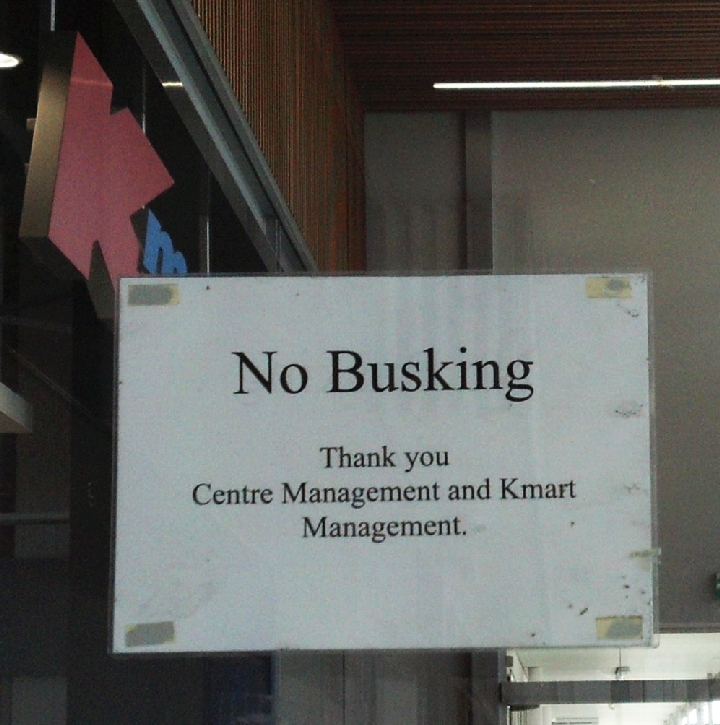 What the heck is "busking"? I had to look it up.

How do you say "Bubba" in Kiwi?
The other day, we went with our friends, Chuck and Lauri from s/v Free Spirit, to see some car races at a local dirt track. It was a delightful summer afternoon of fun, excitement, and lots of dust. 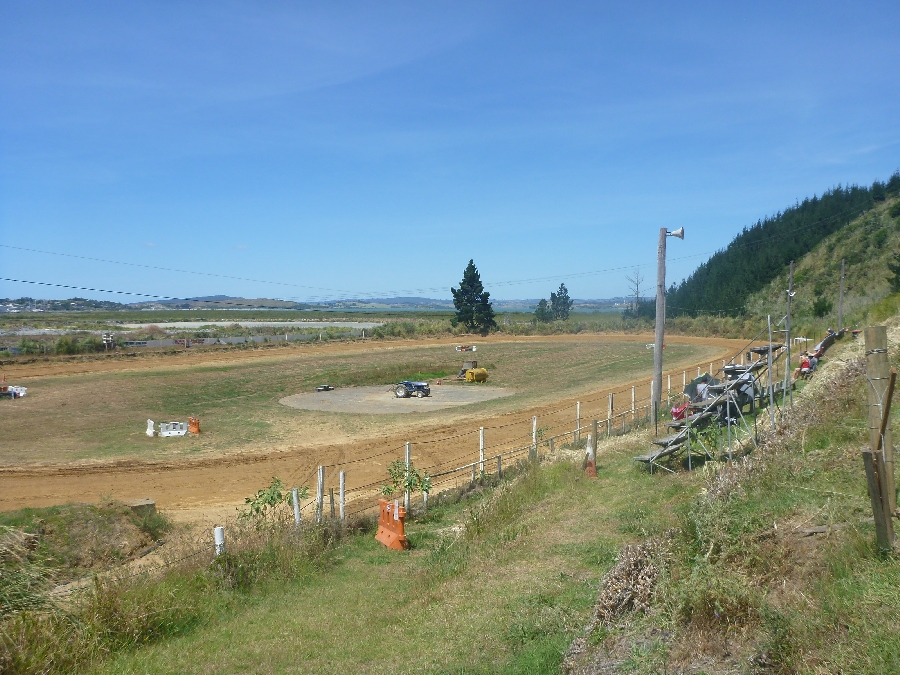 Even though we were ten thousand miles from the Valdosta Speedway, one of the places where I watched car races as a kid, there were many similarities...there were all sorts of old cars souped up for racing, 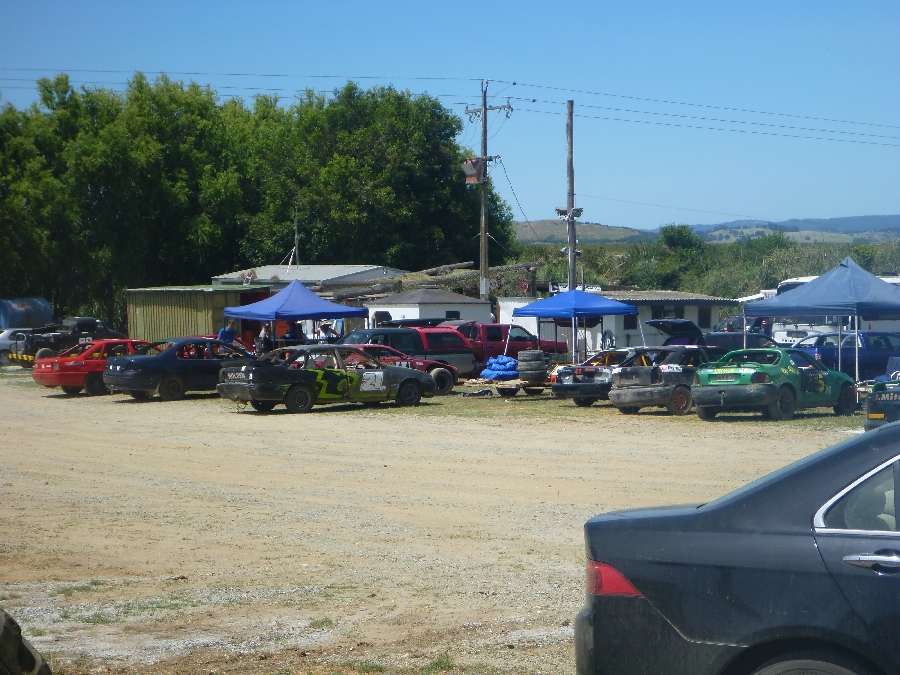 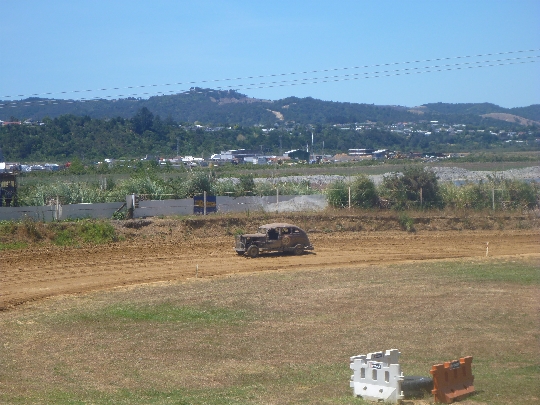 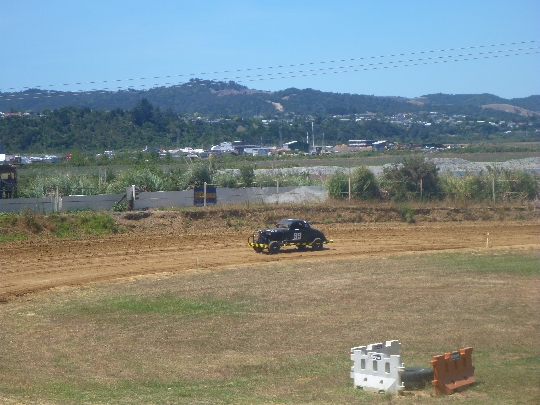 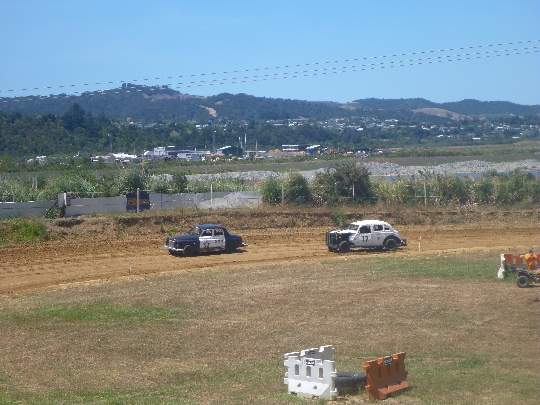 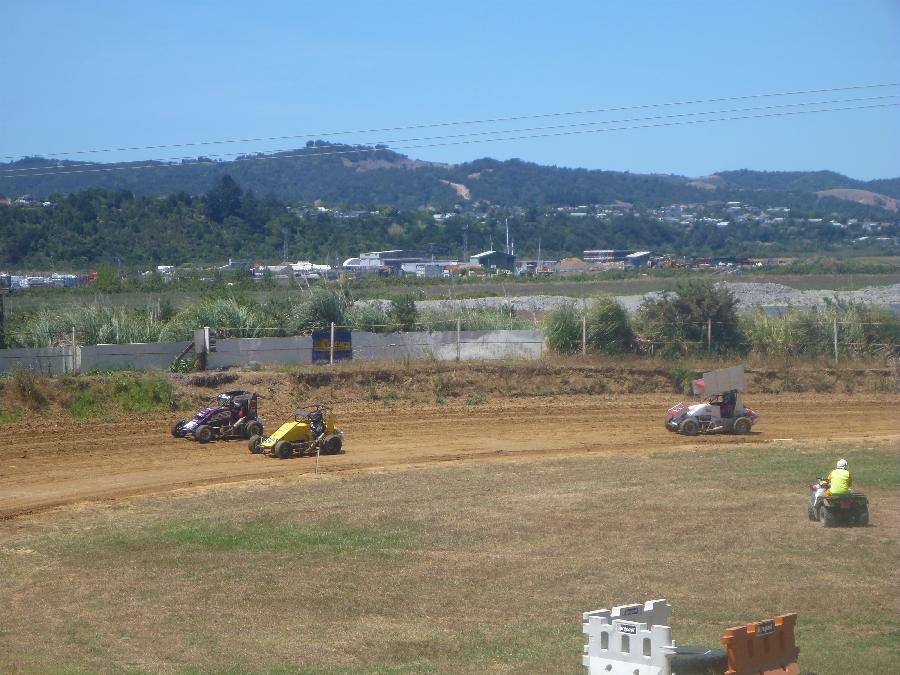 there were hotheads who rammed other competitors' cars when they felt affronted on the track, 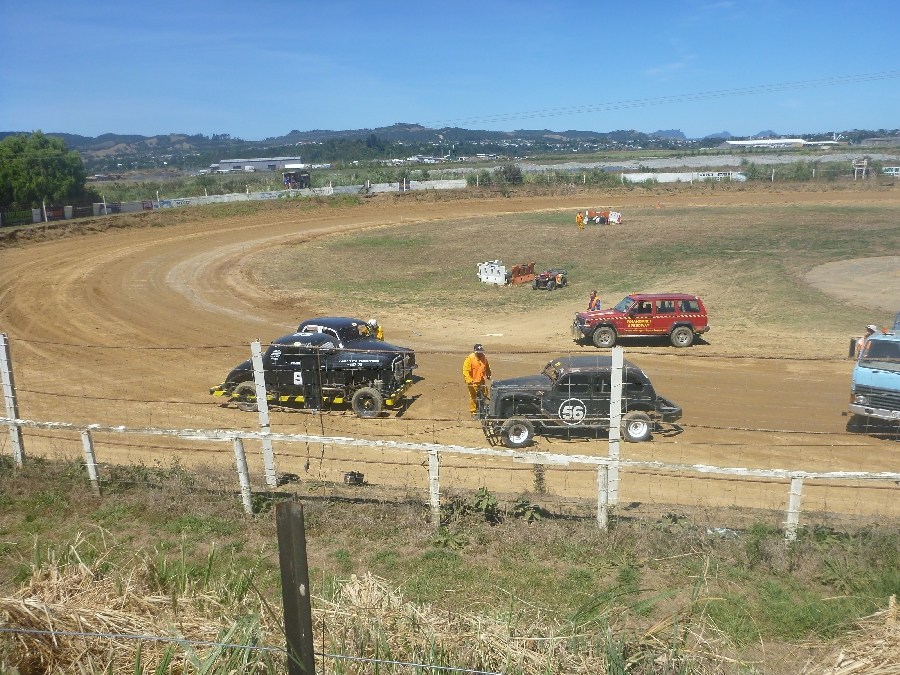 there were hot dogs – regular hot dogs here are what we'd call corn dogs; American hot dogs are the kind you'd recognize as a hot dog;

the tow vehicle was a tractor 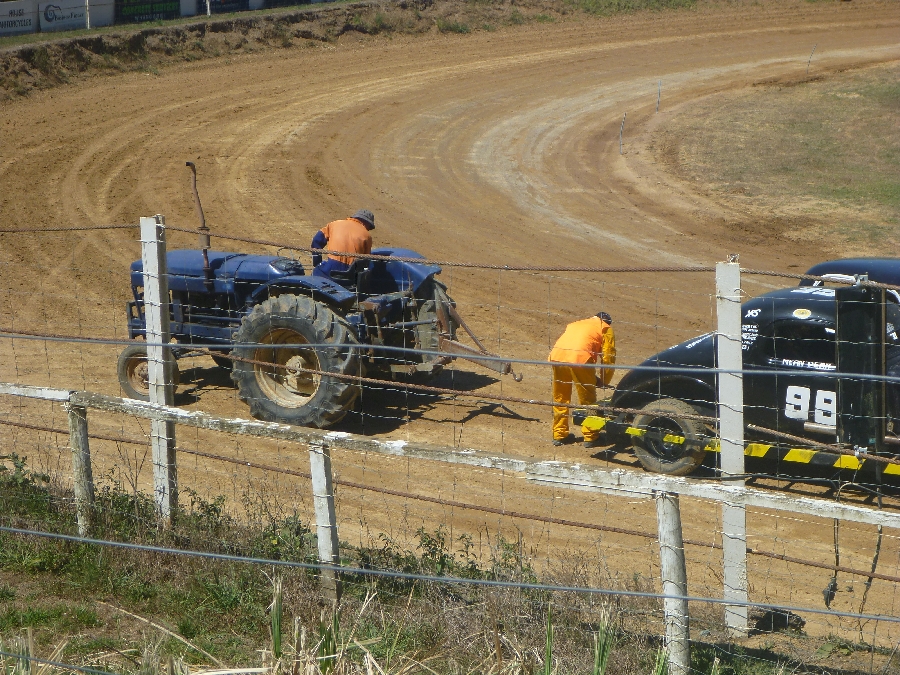 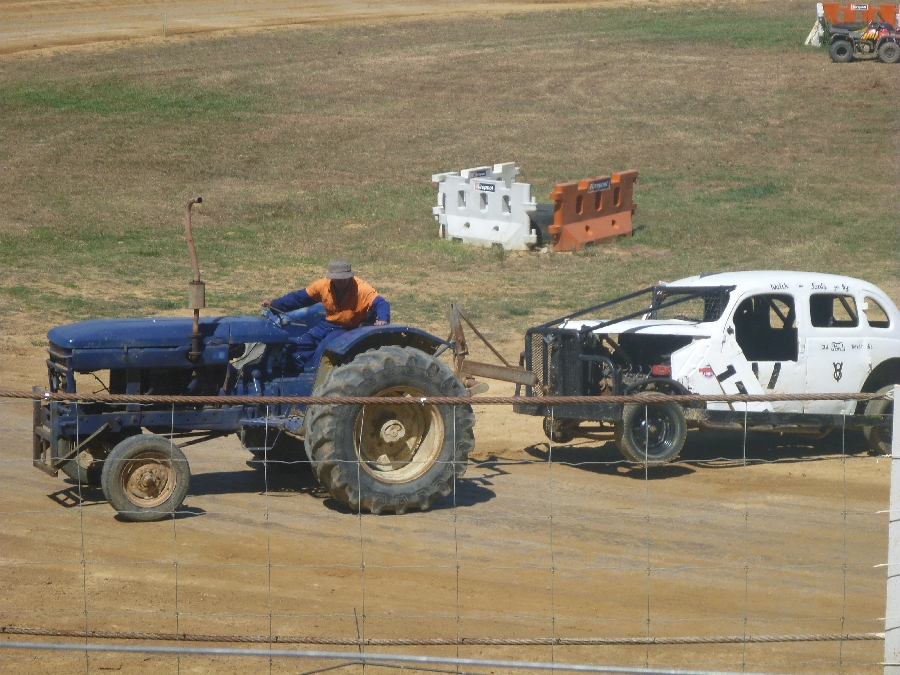 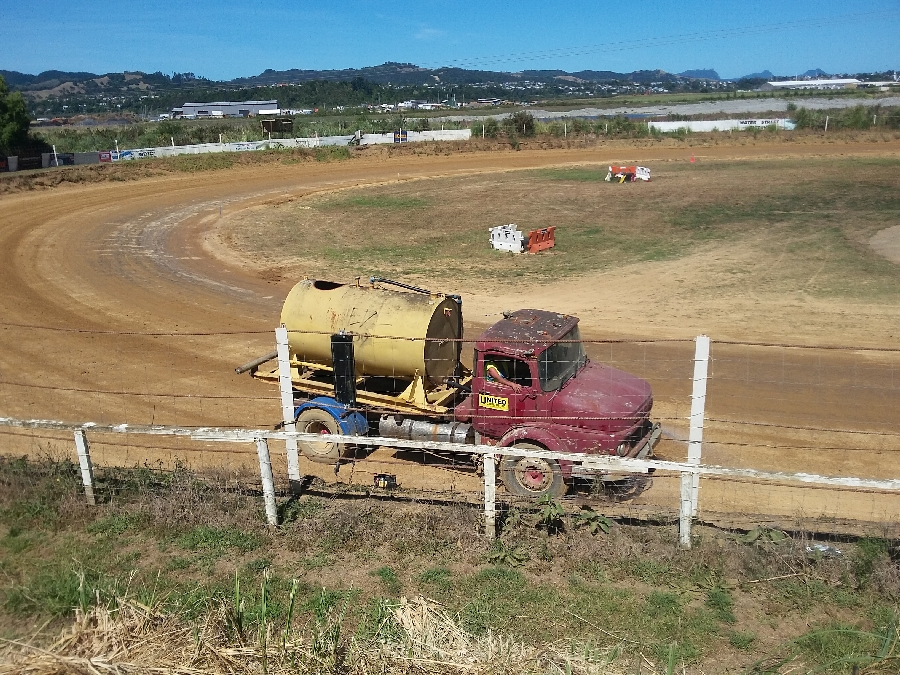 and there was even a driver named Bubba, What more could you want? It was a good time.

The Whangarei Speedway boasts, "Our dust tastes the best!" a claim that the four of us could corroborate by the end of the day; completely coated in a layer of fine red dust, we'd probably wasted our time applying sunscreen earlier in the day. 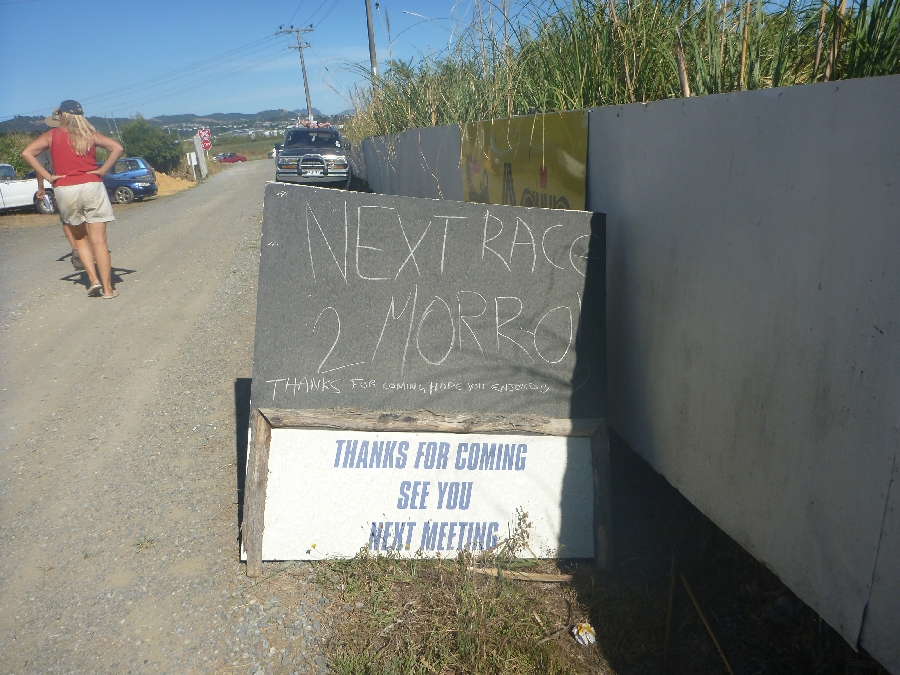 "Busking" means: "to play music in the street or other public place for voluntary donations."

By the way, it had been a couple of weeks since I last signaled a turn in Baxter with the windshield wipers, but since I goofed up and did it yesterday, the count restarts...