We went on a road trip!

Our first stop was about 3½ hours south of Whangarei, a cute little AirBnb cottage in the town of Puketaha, just outside the city of Hamilton, where we stayed for two nights. 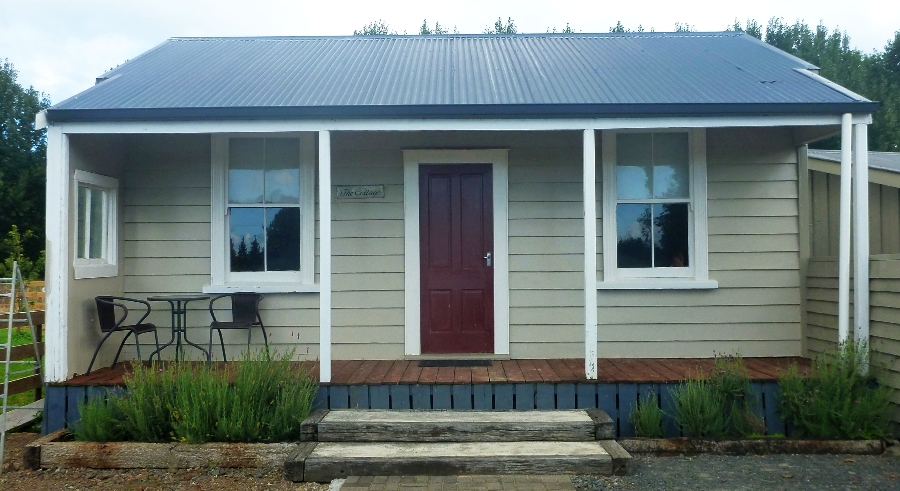 Inside the comfortable vintage cottage, which is floored with centuries-old rimu planks, our hosts, Sue and Ric, had generously provided all the fixings for a continental breakfast, as well as a large bowl of fresh fruit, a plate of cookies, and yes, even chocolates on our pillows! It was a great place to stay!

In addition to the cottage, the large pastoral property also includes the main house, some cows, a horse, a chook, and Ben and Ted, a couple of friendly dogs. In case you're wondering, a chook is a hen. 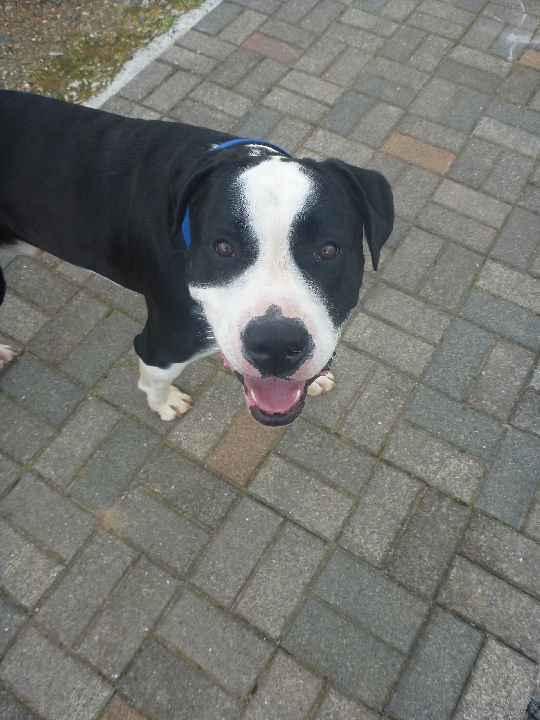 Ric and Sue are two of the nicest people you'll ever meet. They not only made us a terrific breakfast, which they delivered to the cottage (including eggs courtesy of the resident chook), but they also had us over for a delicious dinner, and surprised me the next morning with a cake and a gift when they learned that it was my birthday.

It was during this dinner that we learned a New Kiwi Word: hogget. A hogget is a sheep that is older than a lamb, but not quite an adult; a sheep that just might have begun to breathe easier, thinking that it was going to be kept for its wool instead of being eaten. But it would have been wrong. We had hogget for our main course, and I have to say, it was quite tasty.

Though Eric and I don't consider ourselves "garden" people, we thought that while we were in Hamilton, we should visit the world famous Hamilton Gardens. We're so glad we did! We had a great time exploring Hamilton Gardens' collection of beautiful and interesting gardens, each with a different theme...

...there was an Indian garden, planted to look like an oriental rug, 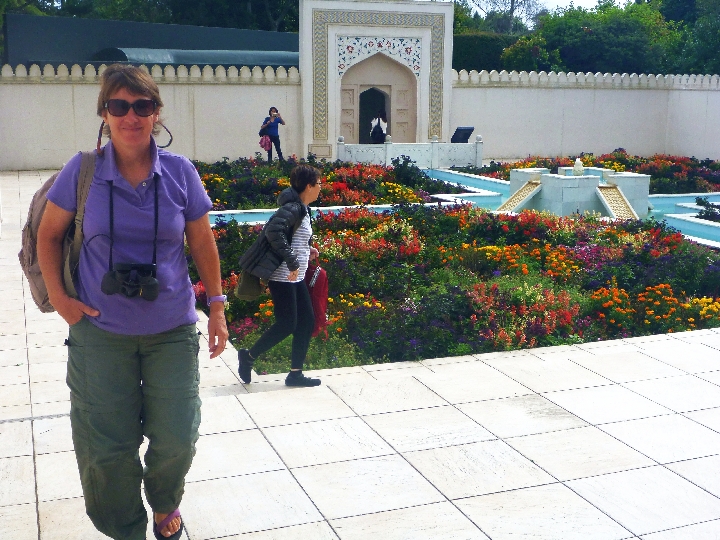 ...an Italian renaissance garden, with lots of geometric lines and reproductions of ancient art, 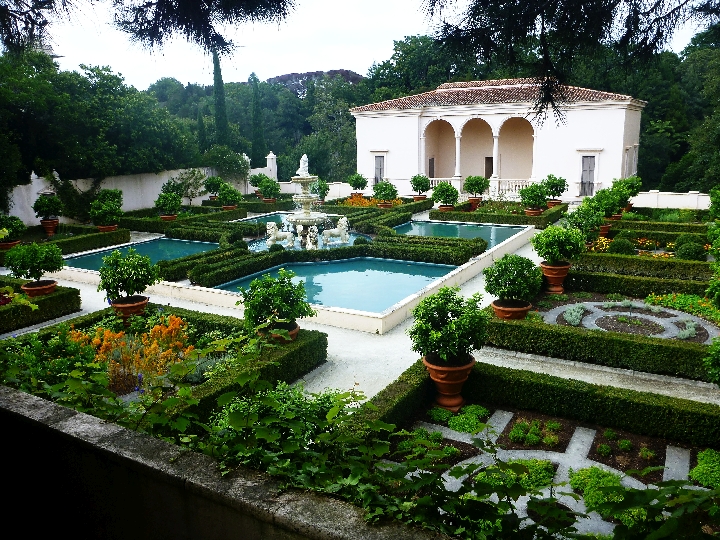 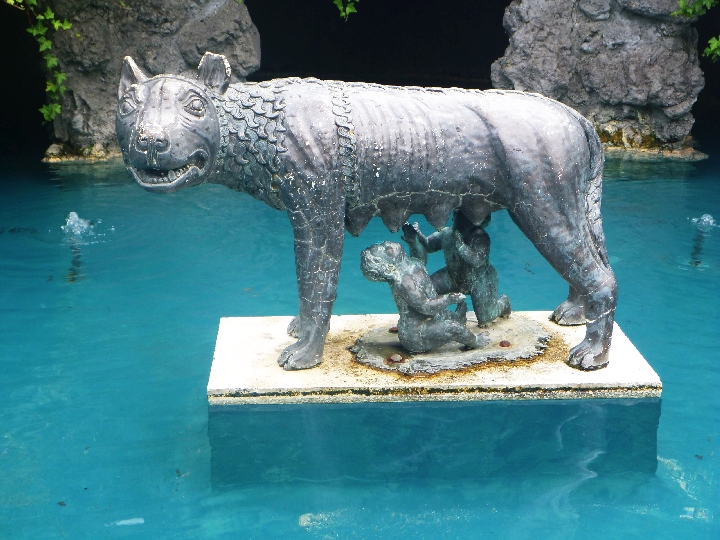 ...a Tudor garden, with intricate hedges and fierce, stylized gargoyles on poles, 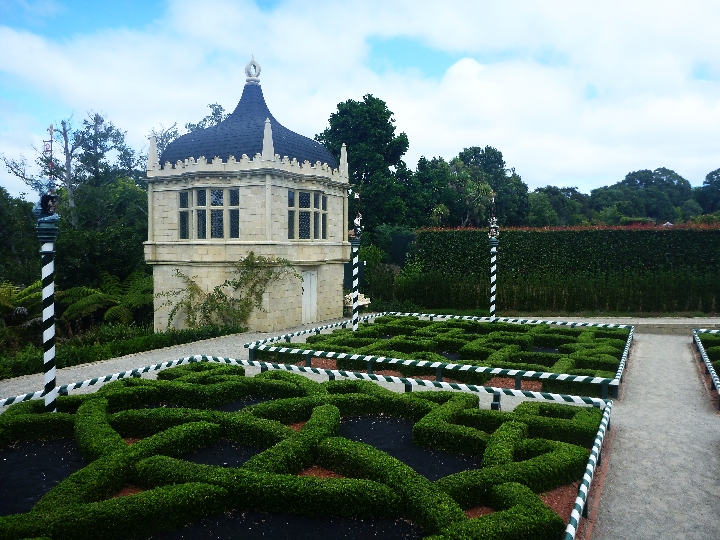 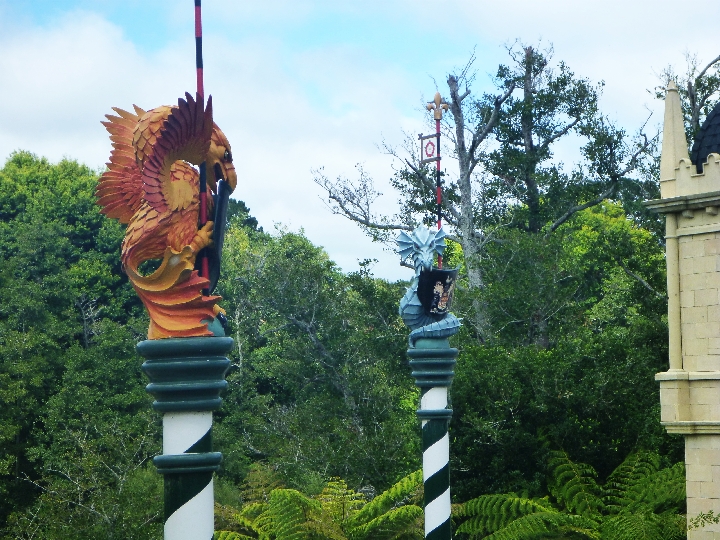 ...a Maori garden, with plants traditionally grown or used by the Maori, guarded by grimacing, gender-specific carvings, ...a Chinese scholar's garden, with brightly-painted pagoda and statuary, ...a Japanese contemplation garden, with a lily pond and a dry Zen garden ,
...a modernist garden, that looks like a fancy Southern California backyard, 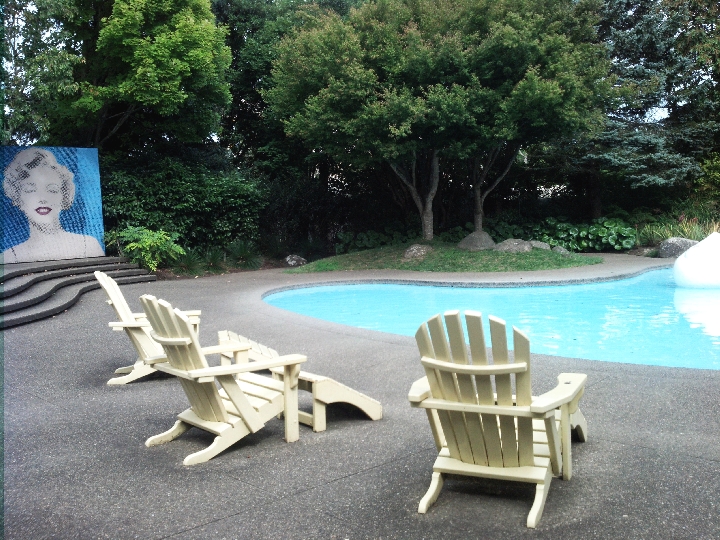 ...a sustainable backyard garden and a kitchen garden planted with a variety of fruits, vegetables, and herbs, and a medicinal garden with all sorts of plants used to treat illnesses, ...a tropical garden, planted with varieties of tropical flora that might have a chance to eke out a living in the cool, wet climate of New Zealand, 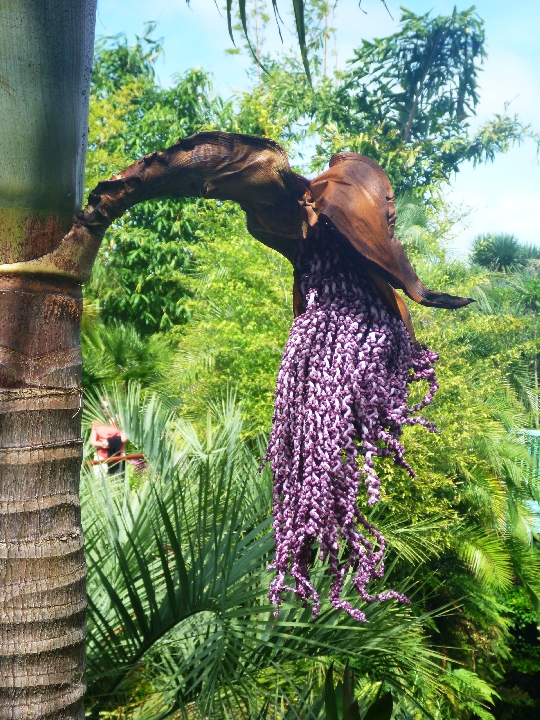 ...and chinoiserie garden, a form of garden popular in mid-Eighteenth-century Europe, that highlighted elements of Chinese and Japanese culture - as perceived by a Western mind.

Along the way, we took time to smell the flowers.... 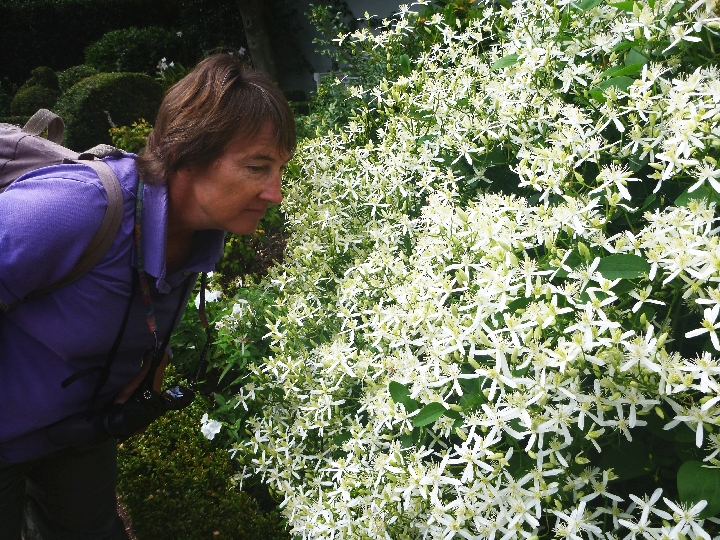 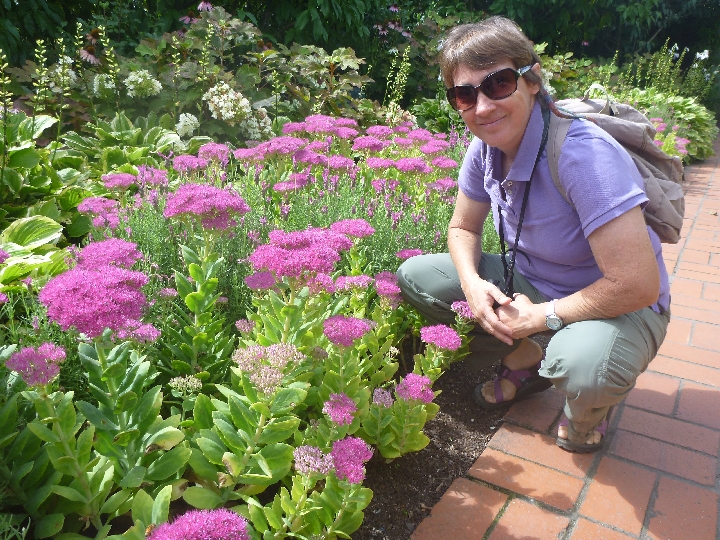 check out the very cool sundial... 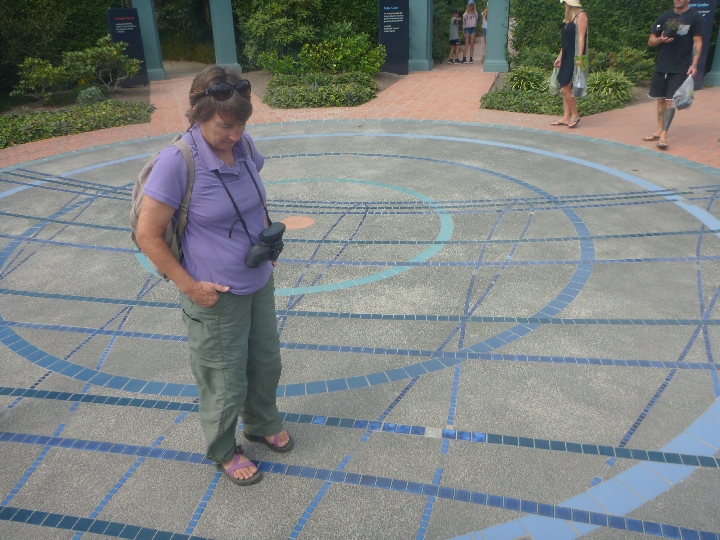 ...goof around and relax. Eric in the club We also took some time to stroll around the large rose garden. Though March is clearly at the end of the season, with many rose hips in evidence, the roses that were still in bloom were fragrant and beautiful. In the early afternoon, we began to notice quite a few people walking around carrying ukulele cases. There was either going to be a massive robbery with lots of sawed off shotguns, or some sort of concert. We suspected a concert, and in fact learned that a "uke jam" would be held in one of the conference rooms at the Gardens later that afternoon: uke players paid $5 to participate; spectators were free. This was something we wanted to experience!

The uke jam consisted of a room full of perhaps 80 ukulele enthusiasts of vastly different skill levels, all strumming and singing along to a succession of songs, the words and chords projected on a screen at the front of the room. It was quite an eclectic mix: Johnny Cash songs, Maori songs, "Royals" by Lorde, "Bad Moon on the Rise," "Jolene" by Dolly Parton, "Yellow Submarine," and others. We sang along and had a great time. The next day, we said goodbye to Ric and Sue and drove south to Rotorua...