It began raining shortly after we returned to our cabin after our luge rides, and it didn't stop for the next few days. "Biblical," Eric called it, as he considered designs for constructing an ark. Over much of the North Island, streams and rivers swept over their banks, inundating pastures and towns.

Meanwhile, in Rotorua, we looked for something to do indoors. The Rotorua Centre for the Performing Arts was having an exhibit about Leonardo DaVinci. That sounded interesting, so we grabbed our umbrella, hopped into Baxter, and headed into town.

Though initially slated to be shown in the Rotorua Museum, the show had been moved to the CPA after the museum sustained enough damage during the Kaikoura earthquake of Nov. 14, 2016, to be condemned pending repairs. We were surprised that the earthquake, epicentered on the South Island, had damaged buildings as far away as Rotorua, 325 miles to the north.

The exhibit was interesting and entertaining, comprising three main sections: DaVinci the Inventor, DaVinci the Scientist, and DaVinci the Artist. The Inventor section contained working models of machines and robots envisioned and sketched by DaVinci. I was surprised to learn that he had created working robots, way back in the 1500s, 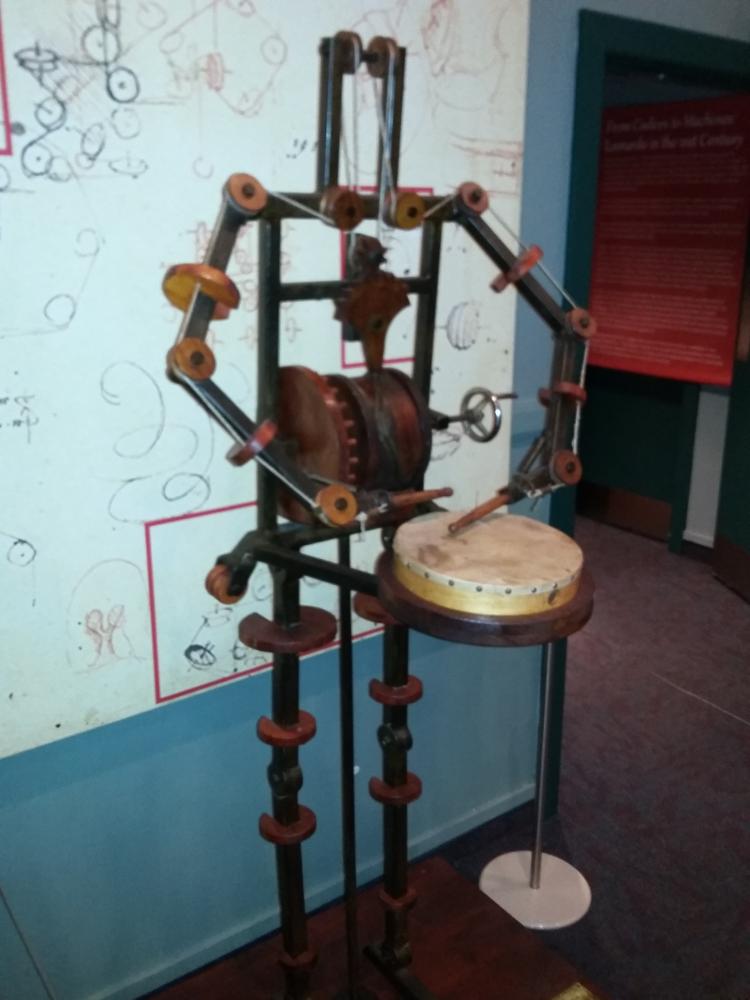 I wonder if this guy plays better than I do?

and I was fascinated to see working models of ball bearings and other systems that he'd devised.

We enjoyed playing with the models that visitors were allowed to operate. Give Eric and me buttons to push or cranks to turn and off we go....

One of the exhibits was a recreation of the "cryptex," a device not, in fact, invented by DaVinci, but rather imagined by Dan Brown, for use in his book The DaVinci Code. 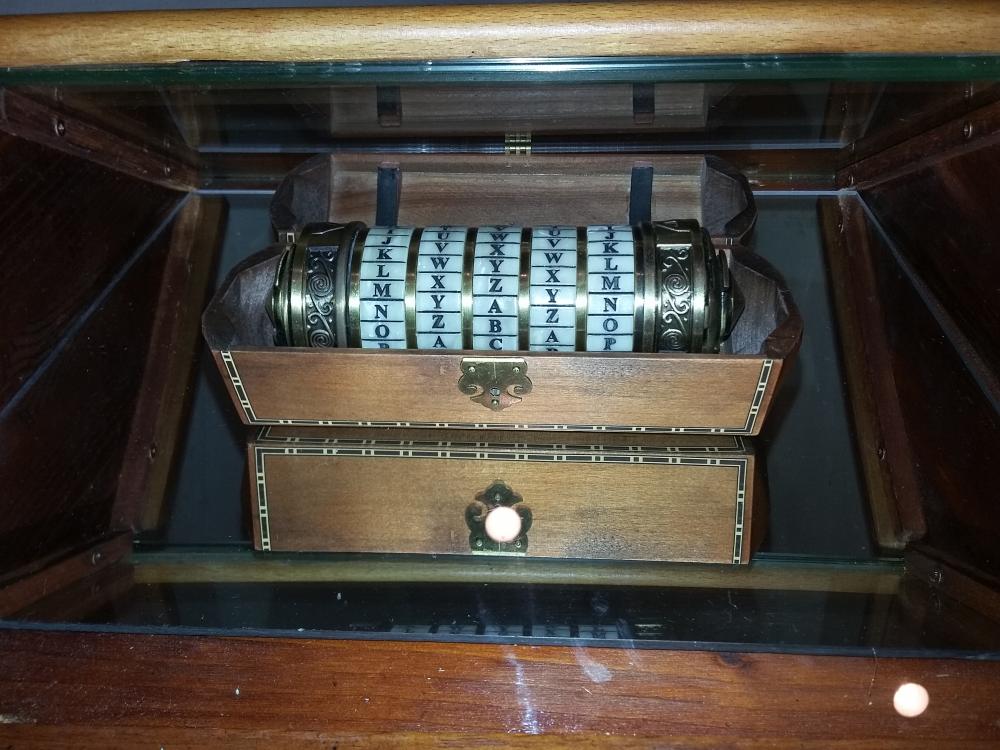 The Scientist section highlighted DaVinci's study of human anatomy, showing some of his anatomical sketches alongside realistic-looking human body parts. The in-depth understanding of human anatomy derived from these studies may explain, in part, DaVinci's exceptional portrayal of human bodies in his art.

The Artist section showcased many of DaVinci's paintings, including the Mona Lisa, The Last Supper, and others. A funny story I learned there: apparently DaVinci was taking longer to complete The Last Supper than his patron, Ludovico Sforza, the Duke of Milan, thought he should. Tired of putting up with Sforza's continual kvetching, DaVinci threatened to paint the Duke's face on the figure of Judas in the picture. This shut him up and DaVinci continued working at his own pace. During a break in the rain, we wandered around Kuirau Park, where boiling pools of water and mud bubbled and gushed up out of the ground - right in the middle of town! 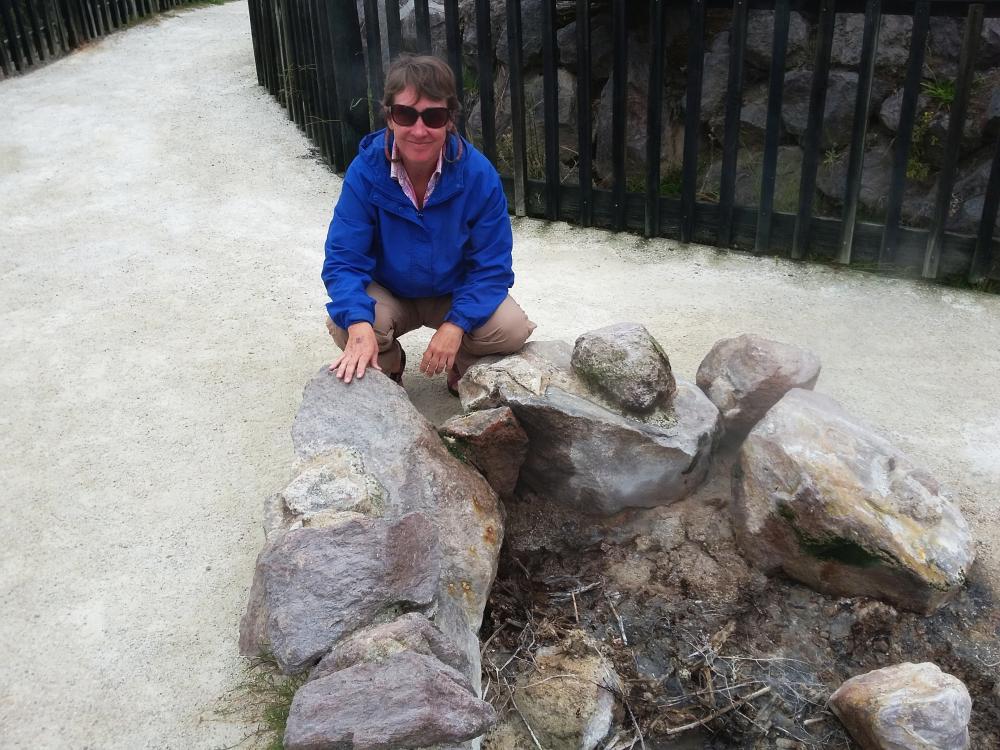 Wherever a hot pool emerged on the grassy park grounds, the town had erected a picket fence so that visitors didn't fall in and parboil themselves unintentionally. (If you wanted to parboil yourself intentionally, you could just hop the fence.) The scene reminded us of the La Brea Tar Pits park in central Los Angeles...where tar oozed up out of the ground in random spots in the grass.