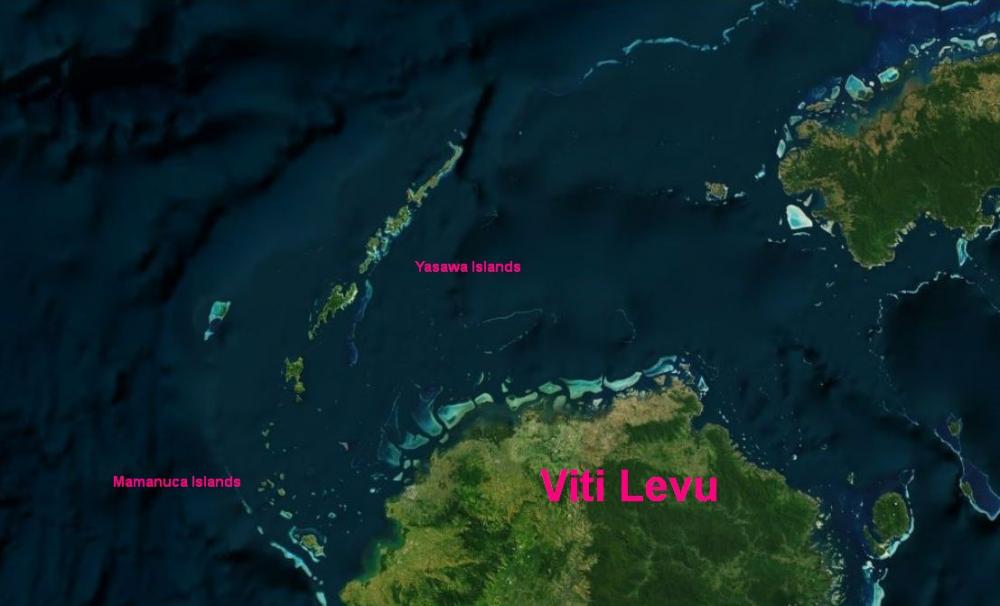 Location of the Mamanuca and Yasawa Islands, Fiji 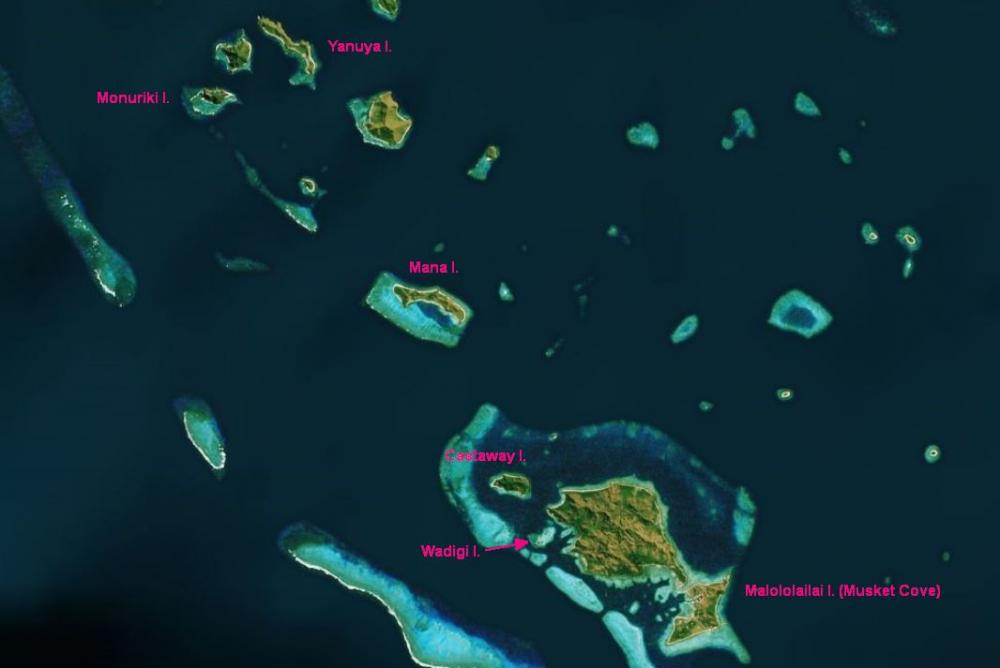 The morning after our night anchored off Wadigi Island, we received an email from some cruiser friends whom we'd last seen in American Samoa last October. A fun and friendly family of six hailing from Nelson, NZ, the crew of s/v Noce Sei, it turned out, were anchored at an island just a few miles north of us. Would we like to get together? Yes!

We agreed to meet at Castaway Island (known to Fijians as Qalito Island), a location between our two anchorages. The wind was still blowing hard from the SE, so we ignored the usual anchoring spot on the south side of the island, choosing instead to drop the hook around the corner, on the north side of the island, near a floating wooden platform that we assumed was a swimming raft. 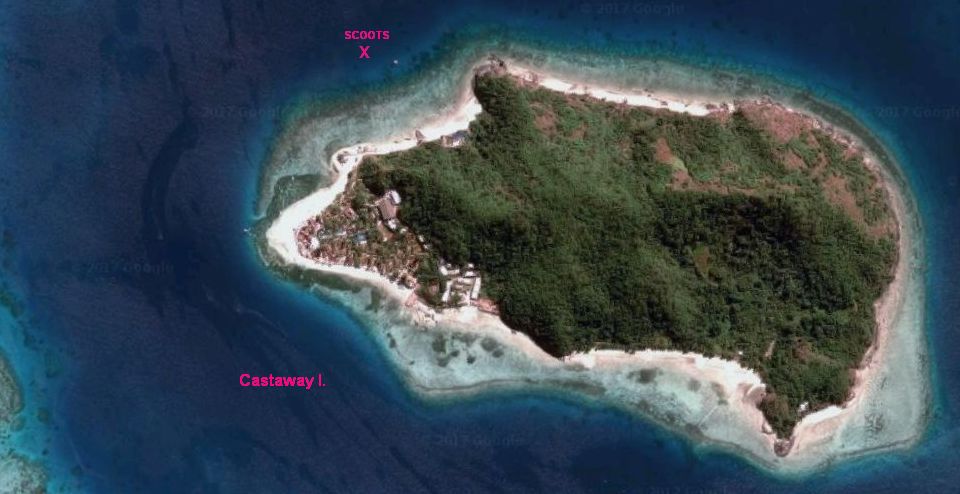 Noce Sei arrived at about the same time and dropped anchor nearby. As we stood on deck waving at Lucy, Adrian, Callam, Naomi, Thomas, and Tillie, Eric blowing a hearty hello through our conch shell, we heard the throaty rumble of a sea plane engine. Looking up, we watched as the plane came closer, and closer, and then roared to a landing, skimming along the water near SCOOTS, the pilot giving us a thumbs up as he went by, then taxiing over to the wooden platform. Ah, we thought, that is not a swimming raft.

Eric dinghied over to the plane to ask the pilot if we were in his way. “Nah mon,” he said. “The ocean is big. I can land anywhere.” OK then. We enjoyed many more of the sea plane's visits, here and at other island anchorages. We always exchanged waves and thumbs up with the pilot, who often found ways to inject some excitement into his takeoffs and landings, for both his passengers and for the nearby boats.

We enjoyed morning tea with the Noce Sei crew, and then reconvened later for drinks, dinner, and a rousing game of Apples to Apples. Veterans of many miles and months of sailing in Fiji, Lucy and Adrian gave us their navigation waypoints and tracks, notes about different islands and anchorages, and even lent us their Fiji F5 paper chart covering the Mamanuca and Yasawa Islands, which they'd annotated with interesting tidbits. We used that chart – and Lucy's notes – for the whole time we cruised the islands. They were very handy.

Though the Noce Seis had to leave for their next destination in the morning, Eric and I stayed anchored off of Castaway Island for two more days. SCOOTS waiting for us

We dinghied to shore to wander around Castaway Resort, enjoy lunch at the beachfront restaurant, and hike the island's trails. Despite its name, the movie “Cast Away” wasn't filmed here; it was filmed at a different island, a few miles away. The resort has an assortment of bures (small huts) of different sizes and prices, tucked away in lush gardens along winding pathways; two pools – one that welcomes kids, and one that doesn't; a long list of activities and excursions; and several bars and restaurants. You can read more about Castaway Resort here: www.castawayfiji.com.