Catching up - Arriving in Opua

My friend, Alison, very gently alerted me to the fact that I had neglected to update our Sailblog after Nov. 25, leaving everyone hanging, with SCOOTS still more than 100 miles from her destination at Opua, NZ. Sorry about that!

We are, in fact in New Zealand now, having arrived in Opua on Nov. 27. We enjoyed a week there, before sailing SCOOTS south to the Town Basin Marina in Whangarei, where she spends her summers.

Since I posted to Yachts in Transit every day during our passage, I'll include those updates here, to catch everyone on up the last day or so of our passage, and our first few days back in NZ.

Making great time toward Opua in lovely conditions. Blue skies with no clouds except for a Long White Cloud over NZ.

We arrived at Opua today at 3:15pm...9 days, 3 hours after leaving Fiji. We motorsailed for our last night, cruising along over smooth seas at 8-9 knots, making great time. Our friends, Annie & Liam on the boat, Gone With the Wind, who had arrived from Fiji last week, pulled up their anchor at Urupukapuka Island to come sail into the marina with us. 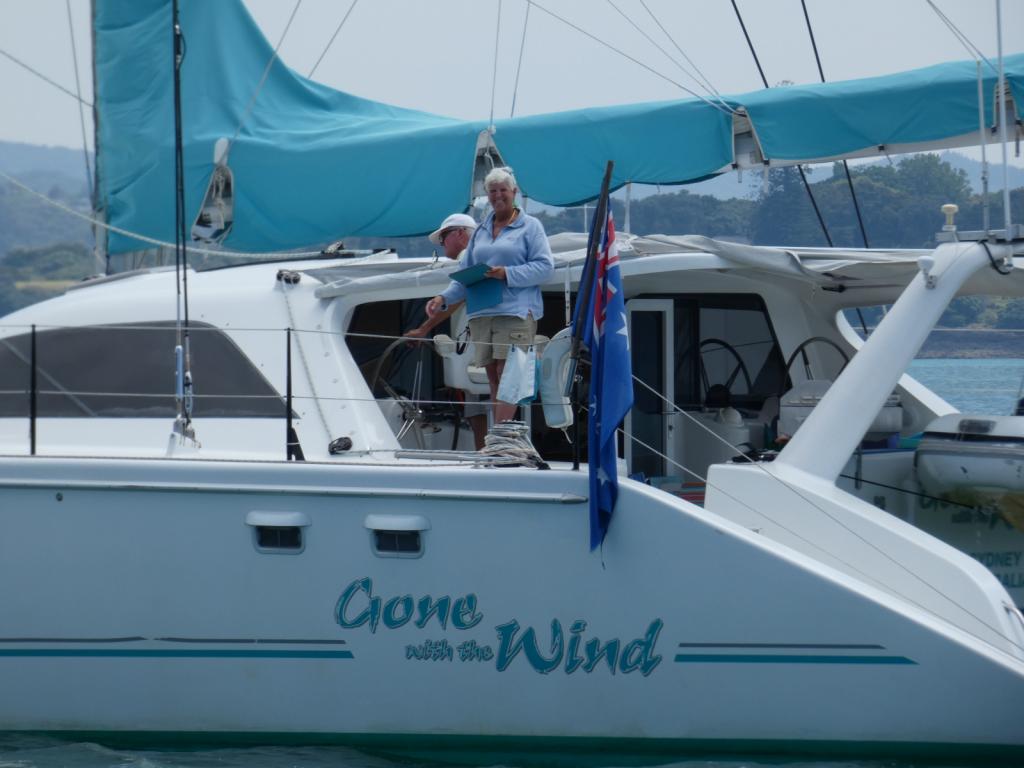 Annie and Liam on Gone With the Wind

We cleared in with Customs, Immigration, and Biosecurity within a half hour, and then moved to our slip in the marina. Annie & Liam were there to catch our lines and welcome us back to NZ. After celebratory drinks and a good dinner at the Opua Yacht Club, we're ready for bed. Ah, the luxury of being able to sleep more than 3 hours at a stretch!

With SCOOTS tucked into a slip in the Bay of Islands Marina, Eric and I enjoyed the opportunity to sleep all night, though Eric woke up for a little while during his usual watch time, and I dreamed about sailing on passage all night. This morning, we've begun the process of cleaning up and settling in - doing some laundry, washing all the dried salt from SCOOTS (no we didn't have those tequila shots with hull salt), topping up our NZ phone all figuring highly - and taking care of some things we'd been planning to do, once arriving in New Zealand.

To begin these tasks, Roger from North Sails has already been by to measure SCOOTS for a new Code 0 sail (after being repaired by Roger a couple of years ago, and providing propulsion for the two years that he predicted it had left in it, the original Code 0 blew out spectacularly on our way to Fiji last June, and is now really, really done.)

We're both still swaying a bit - funny, we never noticed how much the land moved before - reacquainting our leg muscles with that thing called "walking," enjoying the sounds of gulls and tuis, happy to be back in the country that most feels like home to us.

I've included some photos that Eric took while I was feeding some of the “chocolate-colored shearwaters,” which allowed me to figure out that these weren't shearwaters after all, but were Black Petrels. 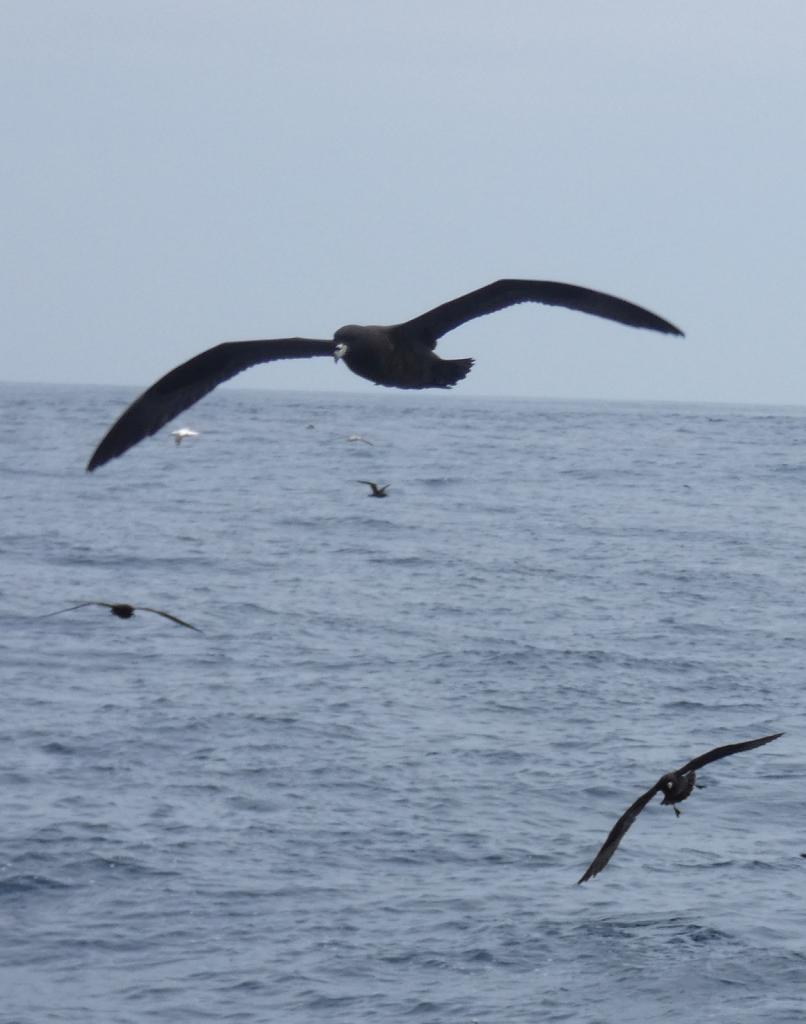 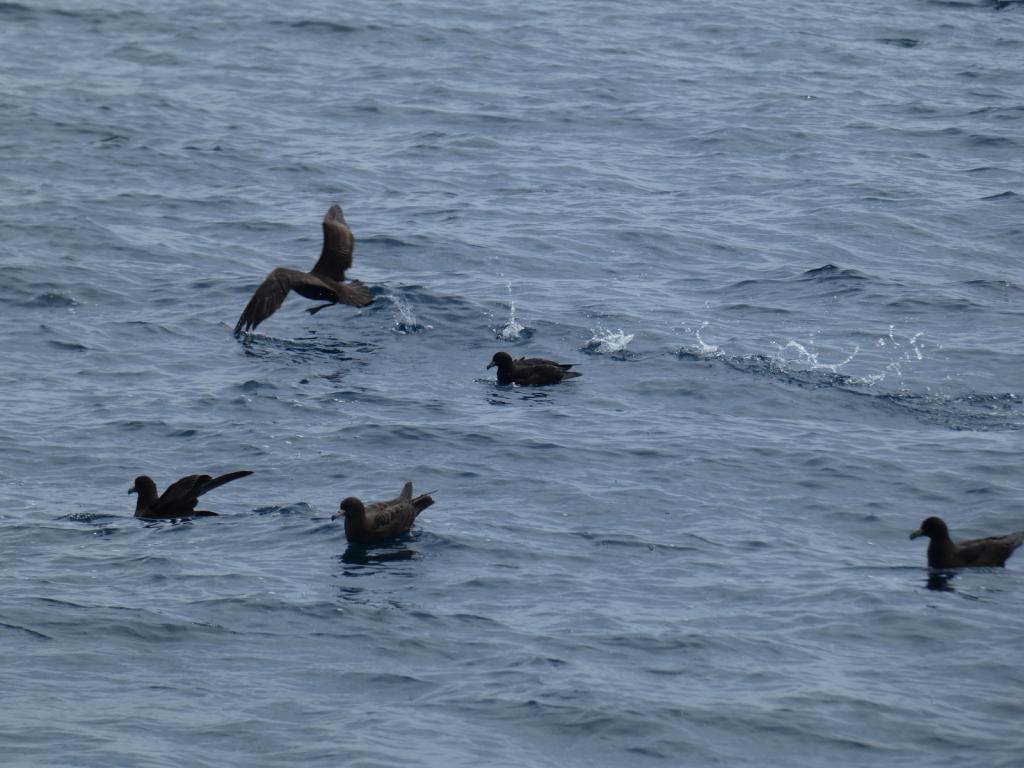 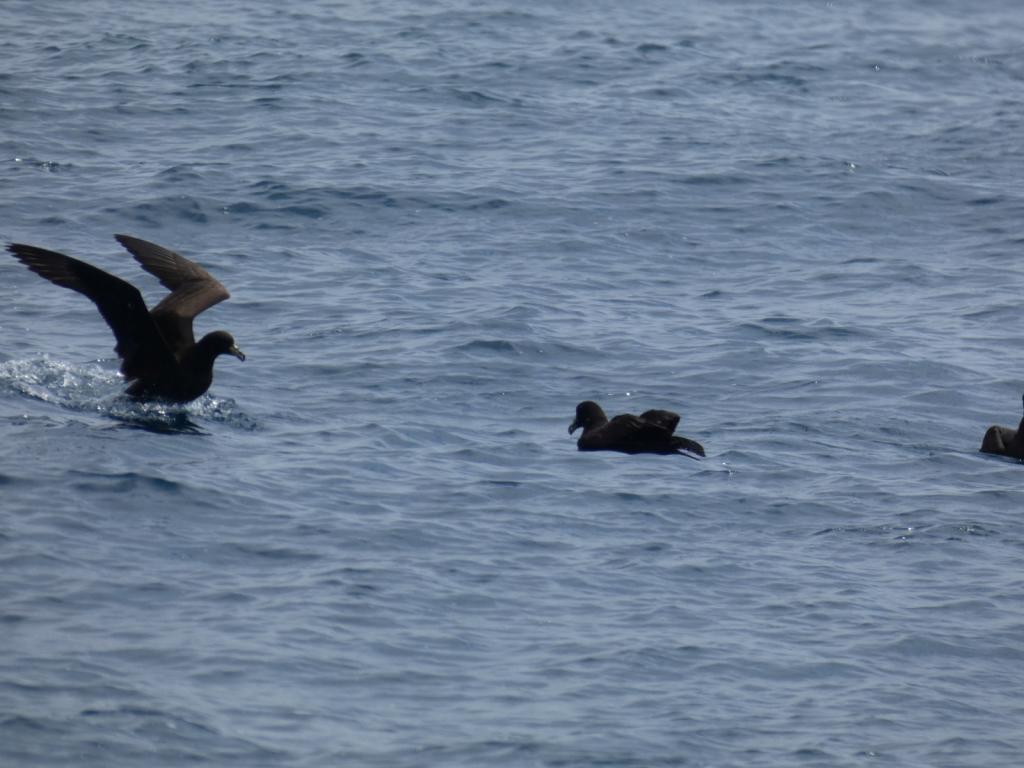 I'm sure that we did we did see some chocolate-colored shearwaters while we were farther out at sea, but these weren't them.

He also got photos of the Wandering Albatrosses that flew over. 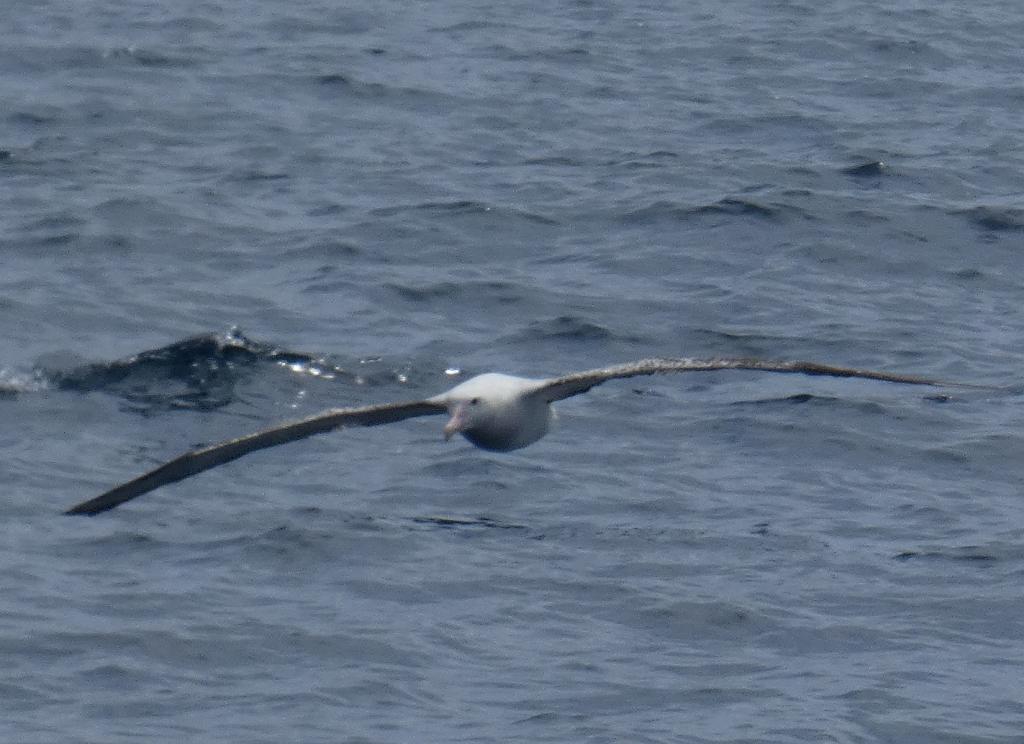 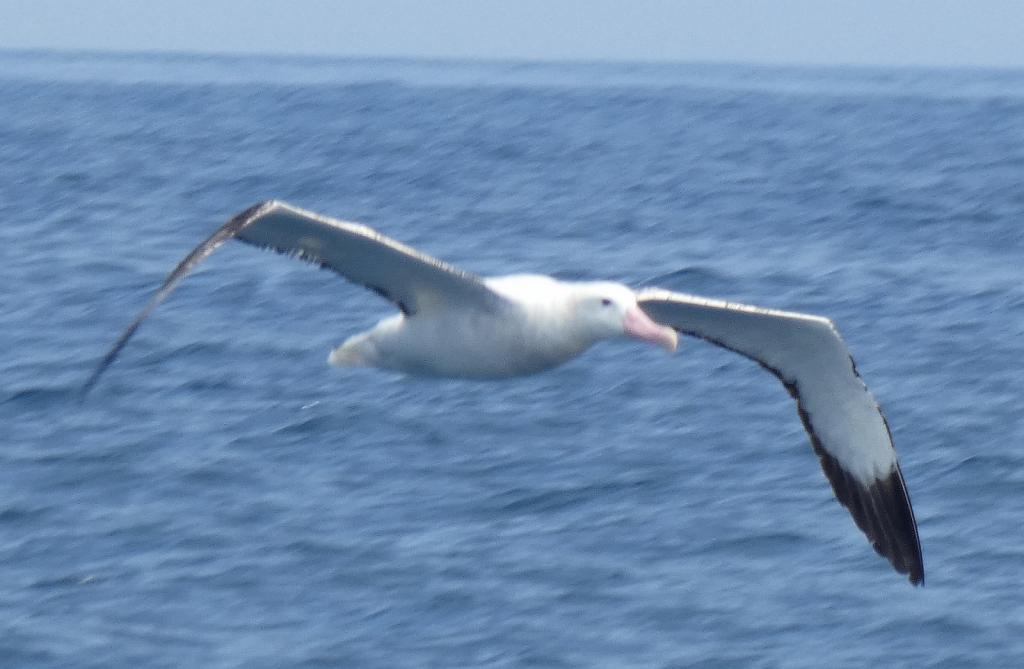