Hello – or as they say here in New Zealand – Kia ora!

I thought I'd give you an update on our “lockdown passage,” here in Whangarei.

To recap: earlier this year, New Zealand's government, led by Prime Minister Jacinda Ardern, took decisive action, choosing to “go hard and go early,” to deal with the growing threat of Covid-19. During February and March, as the virus began to spread around the world, the PM and her Cabinet imposed successively more stringent restrictions on movement, culminating in a complete lockdown (Level 4 of a four-level response plan) on March 25. When announcing the details of each new set of restrictions, PM Ardern adopted a refreshingly transparent and science-based approach, presenting the data that made the restrictions necessary, acknowledging the difficulties and sacrifices that would accompany them, and expressing empathy and solidarity with her fellow citizens during these extraordinary times. At the end of every update, news conference, or Facebook video chat, she thanks all of us for making the sacrifices that are helping to slow the spread of the virus, and she urges us to “Be safe” and “Be kind.” 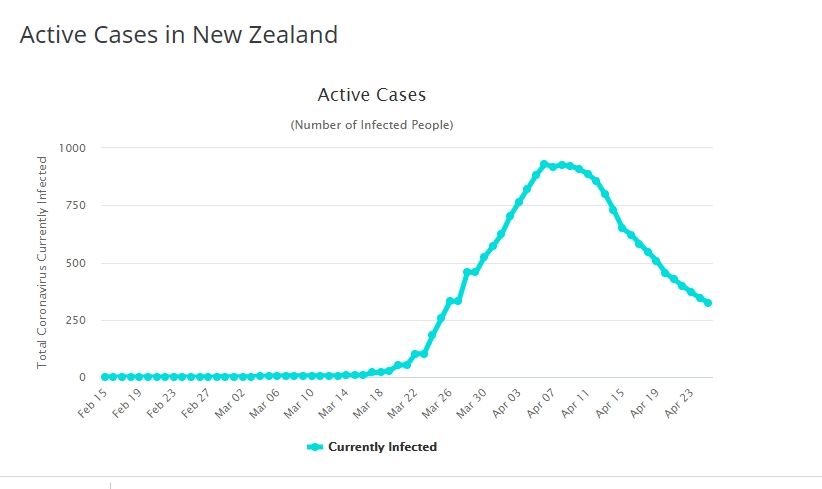 In my last blog, I wrote how happy I was to be here. I'm still happy to be here. Very happy.

Also in my last blog post, I shared how we cruisers were wondering how NZ Immigration would deal with our visas, but I was confident that they would “enact a reasonable policy.” In fact, they did. A few days after I posted the blog, NZ Immigration announced that they would automatically extend all visitor visas until September 25, which they have done. This has eased our minds considerably. We still don't know when we might leave New Zealand, but we won't have to worry about it until September.

September being the beginning of springtime, we'll most likely be spending the winter here. Fortunately, we have a stash of winter clothes that we keep for our Christmas trips to the States, and SCOOTS has a nice little diesel fireplace that keeps her cabin quite cozy. So we're all set.

With all of the Pacific Island nations closed to visitors, we have no place to sail to; and if we did leave New Zealand, we wouldn't be allowed to come back here at the end of the year. It's an interesting time to be a nomad. In fact, you might say that our cruising life is more “no” than “nomadic” lately. But that's all right. As we've learned since we began our cruising life, sometimes you're moving and sometimes you're staying put. Right now, we're staying put. All these conditions will certainly evolve over the next few months, and our plans will evolve along with them, but for now, our voyaging has ground to a halt.

Like many of you who are in lockdown, we've adjusted to this new normal. Our world (our "bubble" as it's known here) now includes only SCOOTS; the dock to which she's tied; the marina building that houses the showers, bathroom, and laundry; and an area near the marina where we're allowed to take a walk. Thankfully, we have a large supermarket across the street. Crossing the street has never been faster or easier than during the lockdown. Though we've done a few small boat projects, we've mostly been spending our time doing things we enjoy, and the days have passed quickly. Eric has been playing a lot of electric bass and programming his Raspberry Pi. I've been reading and geeking out on the rapidly-changing science around the coronavirus. 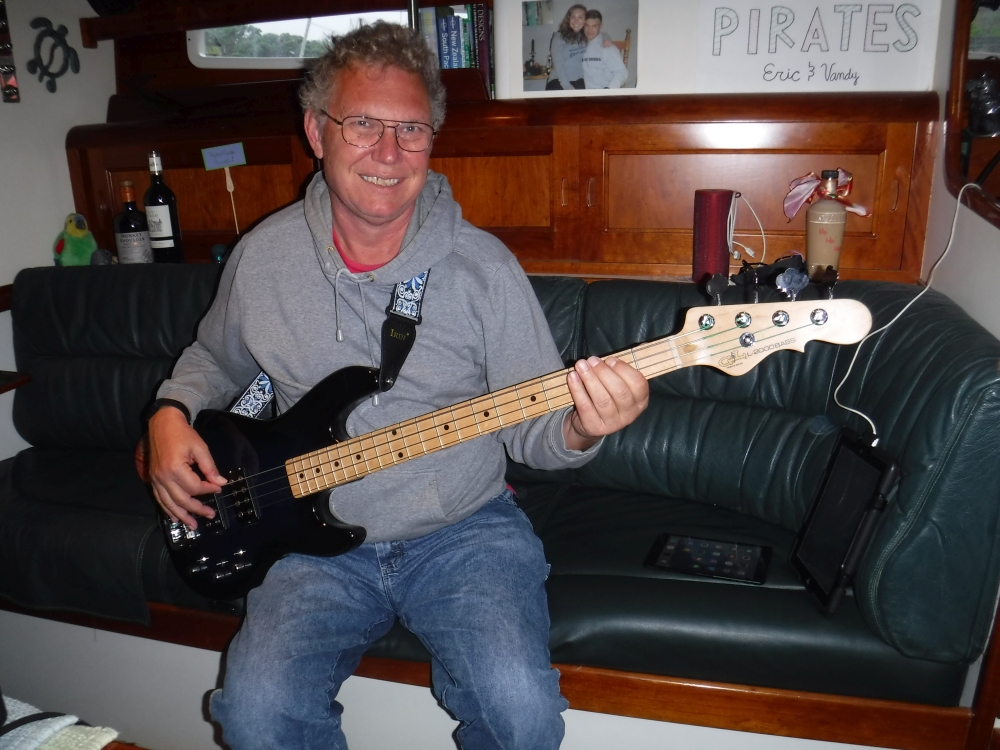 Since we're not supposed to wander as far from the marina as the woods are, I've really missed birdwatching there. But I've made do: I take daily notes of all the birds I can see from SCOOTS, and during our walks, I created and shared a “treasure hunt” of some of the local birds that people might encounter on their walks, and I've begun feeding the gulls, doves, and sparrows on shore, and the ducks on the river, essentially bringing the birds to me. I'm so appreciative of the technology that allows us to video chat with our kids, to keep up to date with what's going on in the world, to find inspiring things that make us feel good, or funny things that make us laugh, and to keep in touch with everyone we care about, especially when we can't be in touch physically.

True to our reputation for being a sociable bunch, several cruisers have enacted different ways of allowing us yachties to continue to communicate with each other during the lockdown, including local Facebook groups, a daily VHF radio net, and weekly Zoom-enabled “virtual happy hours.” We also holler to each other from our boats, or to friends who pass by during their exercise walks on the trail along the river.

Since our marina wasn't designated as an “essential business,” the staff hasn't been allowed to be here since the lockdown began, almost five weeks ago. Before the lockdown, Eric, and our friend, Dave, from the boat Rewa, volunteered for a couple of jobs to help keep things running smoothly while the staff were working from home. Eric has been acting as the “parcel director,” collecting parcels from the couriers and making sure they get to their recipients. Dave took on the task of collecting the coins from the washers, dryers, and showers, and, after thoroughly washing them (he calls it “money laundering”), distributes them into small ziplocks that yachties can purchase. Everyone's been pitching in and things have been going really well. 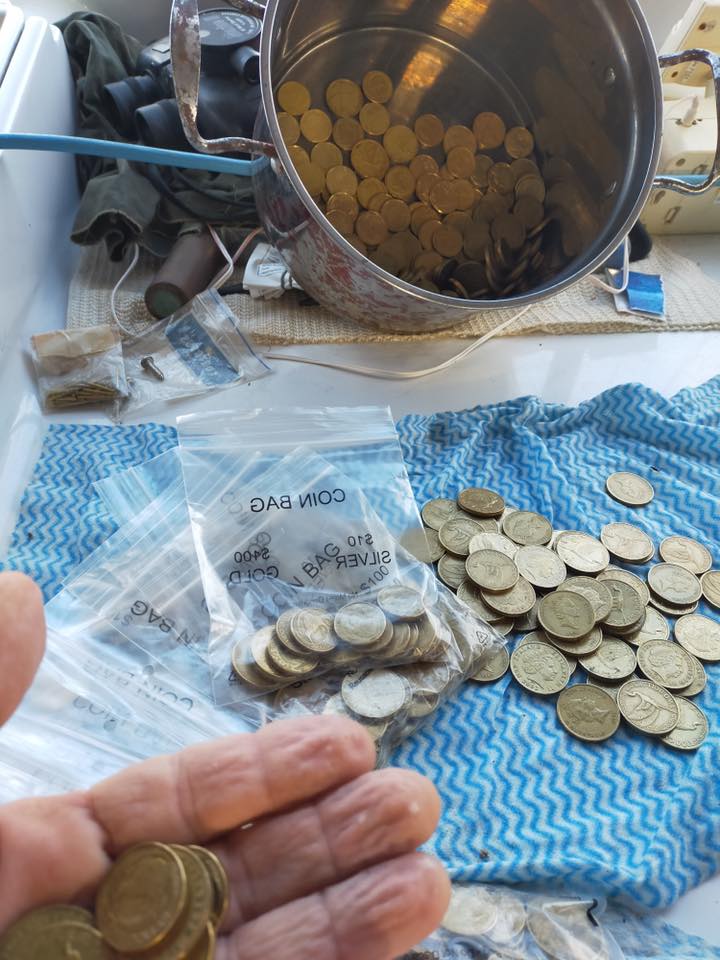 The results of money laundering

We celebrated Eric's birthday, on March 31, during the lockdown. Instead of the fun party we would have had in a “normal” year, this year, our cruiser friends who are sharing the long dock sang “Happy Birthday” to Eric and toasted him from the lockdown-appropriate distance of their own boats.

Our Level 4 lockdown required all but essential businesses to close; here in New Zealand, restaurants weren't considered essential, though I hear that they were in some other countries. But changes are coming today, when New Zealand moves to a Level 3 lockdown. Under Level 3, physical distancing requirements are still in force, but restaurants are allowed to offer take-away meals. Yippee! Another change I'm looking forward to in Level 3, is being allowed to venture farther from home, so I can finally go back to the woods for some birdwatching. But I'll keep feeding the birds close to home, too! 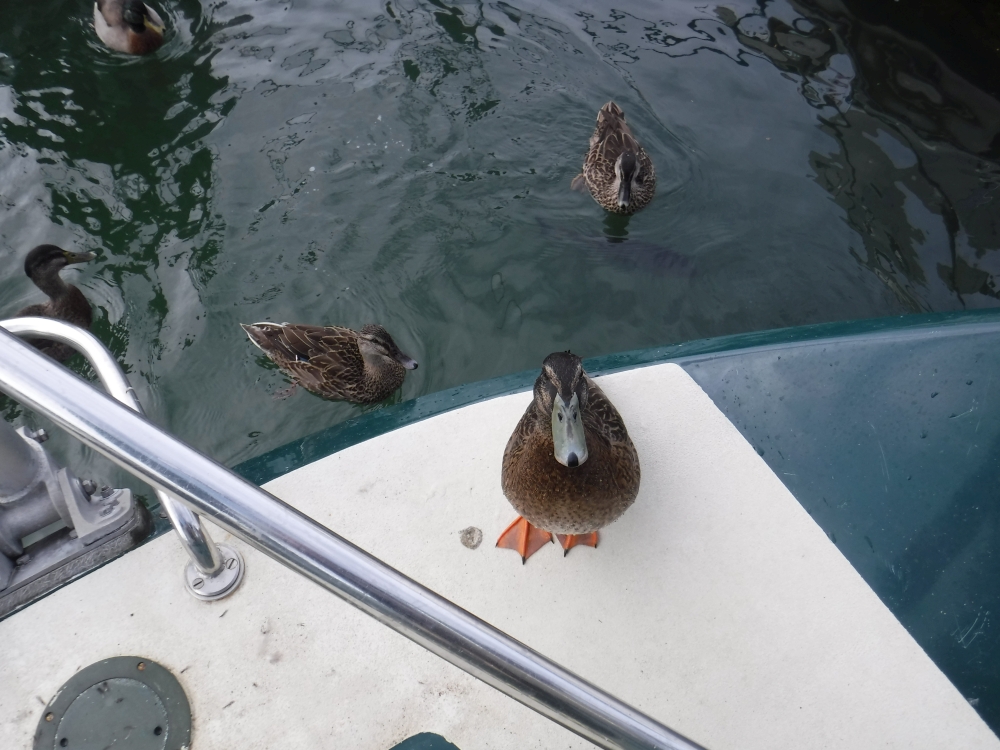 Wherever you are, whatever you're doing, during these weird and extraordinary times, I wish you the best, and remind you to Be Safe, and Be Kind.