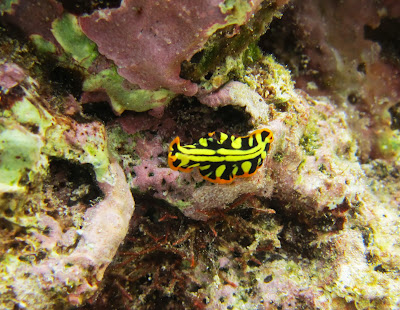 Wow, talk about a climate change- it's hot here in Fiji. Did I mention there was ice on the docks at Marsden on the day we left New Zealand? It's the kind of hot where you take a cold shower and it isn't cool enough and you spend a lot of time thinking about cold drinks. But it's lovely here and we really like it so far.

We spent a week in Savusavu getting things spiffed up from the passage and getting ourselves organized. Thankfully, we're back to affordable prices for meals out and it is once again like a big reunion of sailors so there's a lot to talk about over frequent gatherings. Plus, Fiji Bitters beer is delicious and cheap! Many people are going about trying to get parts & fix things that broke underway- there were a lot of sail tears and engine/fuel issues this trip and we didn't come away unscathed- the water pump for the generator broke so we are waiting for a new pump to arrive as well. We also learned after the first snorkeling trip that our underwater camera case has a big crack in it and is leaking so no underwater pictures for now unless they're shallow enough for the bag we have. This is most distressing! We're trying to get another one ordered but what a joke- this is our 3rd underwater camera case and we are beginning to realize they're a throwaway item after about a year, even though we got a good quality Ikelite case this time. And getting things shipped in here is quite a project. For now, we're just hoping we can get the water pump since it not only runs the generator, but the generator runs the dive compressor so we're really out of luck.

There's a popular Fijian named Curly and he gives talks to sailors on cruising Fiji since it can be challenging to get around the reefs here since most charts aren't reliable. Many boats have been lost and there are more every year. So a bunch of us went last week and spent over 3 hours looking at charts and taking notes to plan our attack on Fiji. It's a big country with tons of cruising ground and world class diving along with the opportunity to learn about the Fijian culture and share experiences with these friendly people. The popular Lau group is once again open to cruisers and we're excited to sail there since it promises to be very remote and as authentic as you can expect.

We left Savusavu a few days ago all stocked up again, including a stash of 2 kg of kava. This will be used to present to the chief of the village when we arrive at anchorages that have a village nearby. We haven't had to use any yet though. We anchored for a couple of nights off of Cousteau Resort and finally got in the water for some so-so snorkeling. There had been a lot of rain (which was great for washing the boat off) so the water wasn't that clear. But it was nice to be at anchor and we could still go ashore for one more run. Then we headed eastward to another quiet bay and anchored next to Vaughn & Sharon and their crewmember Rachel whom we'd gotten to know pretty well. It was her last night aboard so we had a get-together after an afternoon of snorkeling in some really clear water on a beautiful shallow reef. Then we headed further up the coast to Viany Bay to finally meet up with a bunch of boats that we cruised with last year. This is a beautiful bay with bright green hills and loads of birds calling. There is no town, no road and just a few houses. It is very quiet & peaceful. This is the home of the famous Rainbow Reef which lies between the islands of Vanua Levu & Taveuni.

We've done 3 dives so far. There's a well known Fijian man named Jack who lives in this anchorage and provides a service to yachties whereby he'll go out with you in your boat and help you find the dive site, hook to a mooring, then he'll watch over your boat while you dive. If it is a drift dive, he'll follow your bubbles in the dinghy and be there when you surface for pickup. It pays to have one boat go out to the reef and everybody pile on that, so that's what we did the first day. You have to have your own tanks & gear, which we do and interestingly enough, most people here do too. The dive site was called the "Fish Factory" and it was all about every kind of fish you could think of in every bright color, all at once. Beautiful!

And yesterday was the big day of diving the "White Wall", one of the top dives sites in the world. It can only be done at certain times of the month because of the current and we lucked out & booked it a week ago with a local dive shoppe with some other boats in the anchorage. The weather was perfectly settled and it was a bright, sunny day. The dive goes down to about 90 feet, through a lava tunnel that starts at about 40 feet and then exits at the White Wall at about 90 feet. This wall descends to 300 meters but is striking in that there's a profusion of a coral which glows whitish purple. I can't remember the name of the coral. When you move out some into the blue and look back at the wall, it is just a mass of white going up & down as far as you can see. Crazy! I loved the tunnel. It was truly like the magazines.

We are finally into the incredible scenery that we've been looking at in magazines for nearly a lifetime. Those beautiful pictures of pinkish orange reefs with brightly colored fish and crystal clear water? That's this! And onwards to Indonesia/Malaysia/Thailand promises even more. Our Paul Humann Reef ID guides are getting a workout looking up all the new stuff. On a snorkel the other day, Jon spotted 2 Blue Spotted Ribbon Tail Rays- they are the mascot for PADI dive certification and I always remember looking at the picture of one in our instruction book and thinking that it couldn't be real. Well, it is! Had our camera case not been broken, I'd have a nice picture to show you :(

The second dive for the day was at a site called "Jack's Place" & it too was full of beauty. Jon spotted 2 octopus including one of the very small varieties that we'll be starting to encounter now. We spent half of that dive on a sheer wall which I love since you can pay attention to the wall but you can also turn and look out into the blue for pelagic fish and you get a real feeling for the vastness of the depths as the wall just disappears going straight down. Then the second half was on the top of the reef and we wove in & out of big bommies (big coral heads) and overhangs that are just packed with life. We continue to enjoy finding nudibranches & flatworms since they come in every color and are so delicate. The divemaster showed us how you can give a little wave of water next to a flatworm and send it swimming and then let it fall into your hand for closer inspection. All in all, it was a great day.

Now we're out of air and still working on getting the pump for the generator. It still hasn't arrived and yesterday the guy told us "by the way, the price has gone up too" so now it is ridiculously expensive. We are re-examining our options.

I'd bought a watermelon at the market on Saturday and discovered a couple of days ago that it had exploded in the aft cabin. The shelf, carpet and all that was on the carpet were saturated in not so fresh watermelon water. What the heck?! In all my years I've never seen anything like that. I guess the moral of the story is, if you can look at the bright side, is that you can't save the sweet part of life for later, you have to eat it now or else risk losing it for good! Meanwhile, the carpet still smells. Oh well, I think I'll just go diving instead.