One of the greatest parts about cruising around on a sailboat is that you always have your home with you. If you want to stay, you are already home. And another wonderful part is that, to the extent that you don't have concrete plans, you have the freedom to re-write them to fit whatever takes hold of you. And so it was that when we pulled in to Valencia, Spain, we smoothed out the sand and made some new plans- we're staying here! 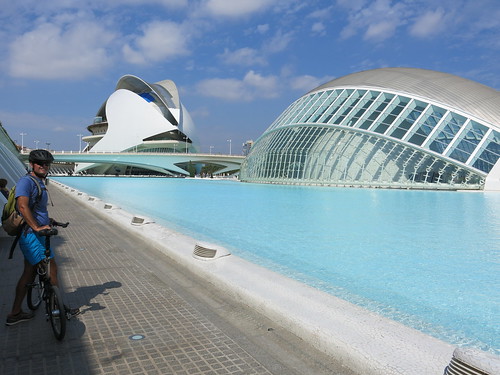 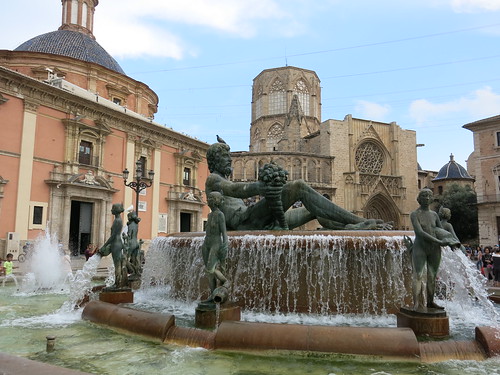 We had an uneventful passage from France to Spain overall but it was kind of annoying because the wind was all over and there were a few squalls & lots of impressive lightening on the second night. We did cross the prime meridian so are now back in the Western hemisphere! We didn't get much of any sleep though and were feeling altogether frustrated when we pulled in to the marina in Valencia just as it was getting dark. The marina was a pleasant surprise though in that it was really nice and very well protected. No ferries! We crashed for a long, quiet sleep and then started exploring the next day. I'd read that Valencia was a great biking city so we set out on our bikes for some exercise. It turns out there's a path right from the marina and it goes through a beautiful10 km continuous park that threads through the city. Then there are so many others going every which way it feels like a biking frenzy! There is a vibrant old city, a massive grocery store 15 minutes away by bike, the airport is right here and it has the cheapest flights we've seen in years and the marina is affordable & suits us well. That's pretty much all we need. We both felt so happy after that first day and then after another, we knew we wanted to stay. But we needed to get some sort of permission from immigration. We spent 3 days biting our nails and making ulcers trying to figure out if we could and getting shuffled from one department of officials to another because we don't fit into any mold being here on a boat but eventually we got an answer that yes we could, as long as we leave for 90 days. We wrote letters in Spanish trying to explain our situation and each official would carefully read them and try their best to help. I suppose we could still encounter problems at the airport but we are hoping that the answer we got will stand and the supporting paperwork will cover. Everyone has been so nice to us. 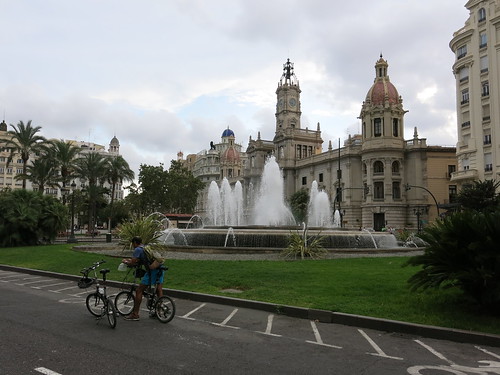 We breathed a sigh of relief and booked tickets for a 3 month visit back in the US for the end of the month. We can now spend the holidays with our families which is great, because we were missing them. We made some new friends on the boat in the slip next to us- Julie & Geoffrey and it was great to hang out talking together since we've been pretty much been on our own for months now. Geoffrey made us shrimp & salmon for dinner- how am I going to top that?! He also introduced us to the Spanish sparkling wine Cava which is pretty good. 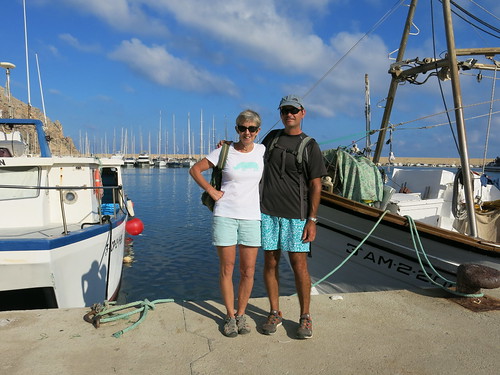 We hopped on our bikes again and rode 65 miles out to see Ali from the boat Vulcan Spirit because she's here in Spain visiting her dad. It was a great bike ride through a lot of agricultural fields including loads of orange groves, pomegranite, grapes, eggplant, lettuce and tomatoes. It's so nice to just see all that sutff growing. We never stop appreciating Google Maps and how it has changed our lives. It routed us on beautiful roads and bike paths such that we had the best distance bike ride we've ever done. We celebrated Jon's birthday while visiting and had such a nice time catching up with Ali and meeting her dad. He has an old dog named Maddie who loved to be rubbed and reminded you when you stopped. On the bike ride back, we were worried the roads would be busier because it was a week day, but it was negligible. The only real difference was that on Sunday, we felt like we were in a bike race (and losing it too!) because there were HUNDREDS of bikers out. The Spaniards love to bike and they would pass us in groups, moving so fast, but always with a flurry of holas & buenos dias's. 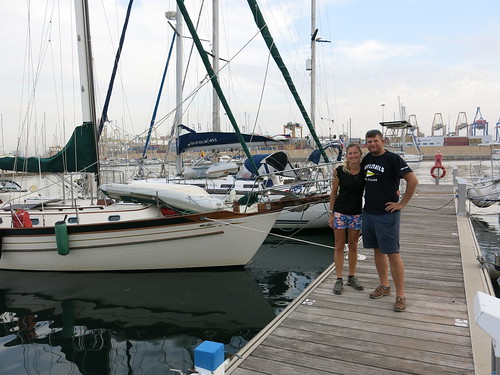 Then we came back to Evergreen and our friend Tim came to visit. We set out on this cruise together from New England in late October 2011. We weathered a n'oreaster in Montauk, helped each other through the Panama Canal and then sailed halfway across the Pacific together. He completed his circumnavigation last year. We spent most of our time just jabbering to catch up. 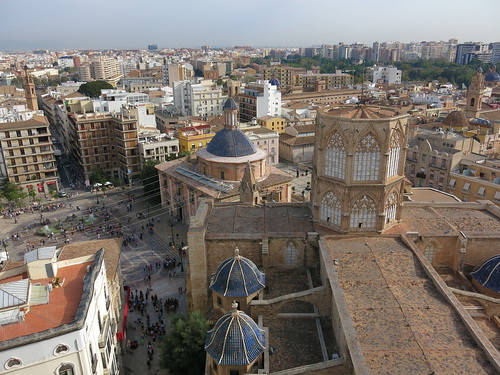 And now we're going to focus on getting the boat ready to store. Phew! We don't have to leave! The day after we got here the navigation computer died- the motherboard went. Jon got it working with an old one we had but now we can get it replaced. We're making lists of things we need and will work on projects, but at a slower pace. Some we'll tackle and others we'll leave on hold for now. This city deserves exploring. We climbed the tower to the Valencia Cathedral yesterday for a view and while we were up there, the bell struck 11o'clock so we got the whole feel of the old bells! Our Spanish has come back and we can communicate pretty well which is a nice change. It feels really good to be here, to be stopped and to think about the places we want to explore in the coming months. We want to continue our Europe tour by car once we get back from the US so now we don't have to pout that we were leaving it prematurely. The UK is only a $30 plane flight away too, the US not too much further really, so we feel like we have lots of options. In the meantime, Valencia is home and it feels right. 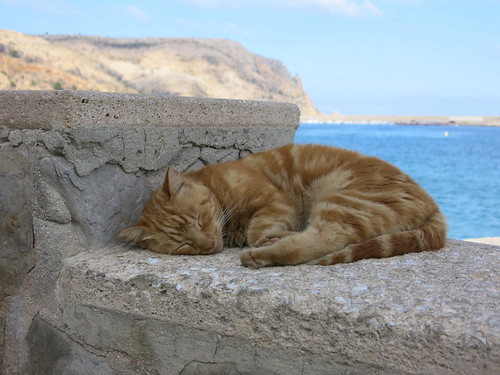 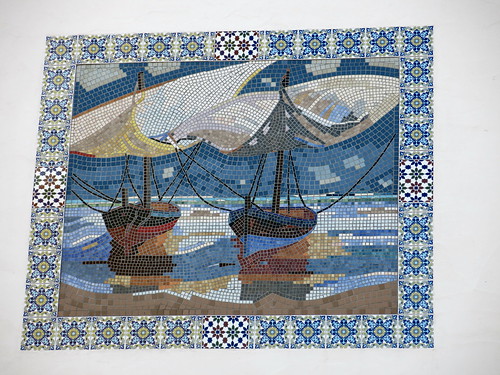