Happy Holidays To Our VIPs If someone had asked us at this time last year if we'd be spending Thanksgiving & Christmas back home with family & friends this year we would've said that was impossible. We had the year all planned out. But nowadays, it seems like we never know where we're going until we get there because we change our minds. But we do know where we've been and this year was a banner one for new places, cultures & experiences. From Thailand, to Malaysia, Nepal, India, Greece, Italy, France, Spain, Canada and the USA, we've learned a lot and have finally reached several places that have been on our wish list, both by land & by sea. Every time someone asks us if we're ready to settle down I sort of cringe because I love seeing all this stuff and keeping the landscape fresh.

We've had a nice visit back in the US. And all the while, we're hopefully re-setting our European visas so that we'll have a blank slate when we return to the boat in late January. 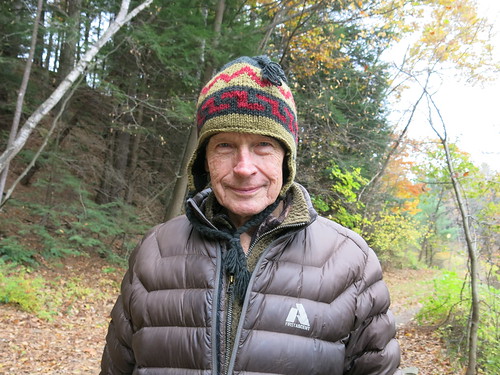 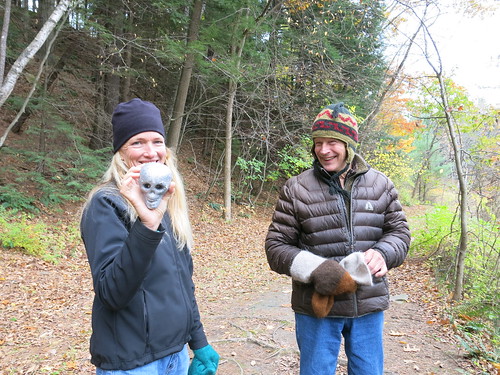 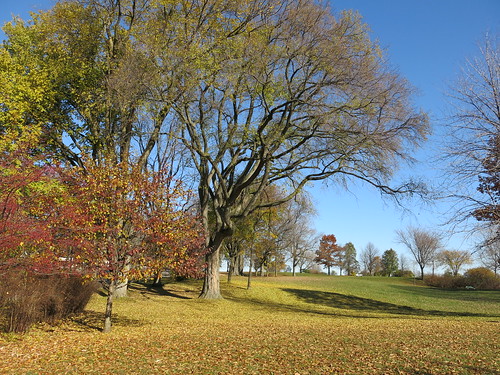 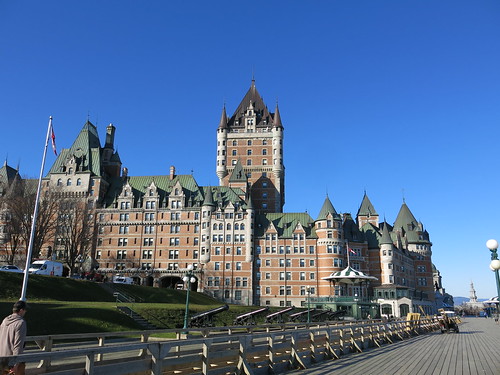 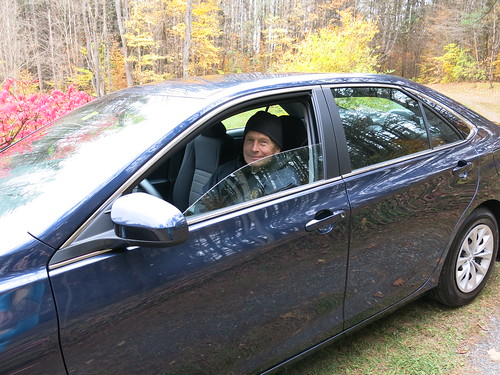 We spent the first few weeks up in Vermont with my mom & dad enjoying the last of the fall leaves, celebrating my dad's birthday, cooking up great food and eating hamburgers whenever we got a chance to go out. We've never had a good American burger outside of America. I like the way my dad wears the hat I brought him back from Nepal.

Jon & I headed to Quebec City for a few days to see it for the first time. We brought our bikes and covered many miles of great paths, toured Parliament, hung out in the lobby of the Chateau Frontenac and stayed in fantastic Air Bnb places because just as it is in France, Quebec is all set up for it. The election hit us hard and reminded us of 9/11, but without that united feel. We drove as far north as we could, up to the Canadian Shield where the roads end, as much to get further away as to see what it was like up there. They get snow early in that area! 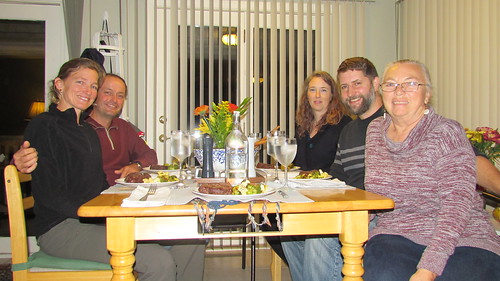 We got together with long time marina friends Kevin & Claire & Judy which we'd talked about doing for a long time and it finally happened. 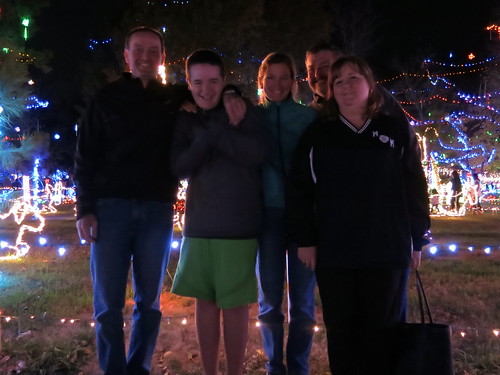 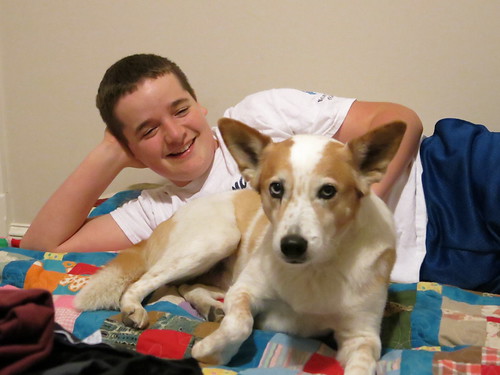 We celebrated an early Thanksgiving with my mom & dad and didn't take enough pictures, well I don't think we took any at all....sorry about that mom! It was so nice to have all the ingredients we needed for the dinner at hand and be together for my favorite holiday. Then, our road trip started. We drove to Tulsa for turkey number two with Jon's brother Craig & his family. I have never seen so many Christmas lights as they have in Tulsa and as always, we got our fill of Craig's homemade BBQ (but we always have room for more). 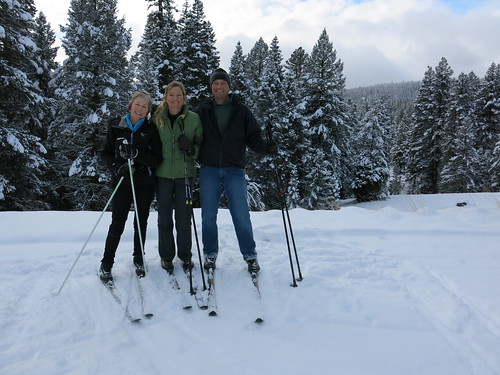 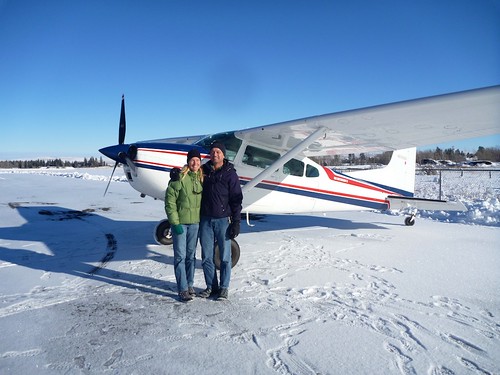 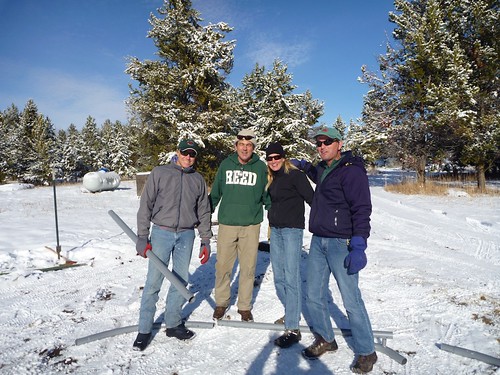 From Tulsa we parked the car in Dallas and flew to McCall, Idaho to see friends Mark & Anne. The last time we'd seen each other was in New Caledonia two years ago. We got 2 days of XC skiing in before much of anyone in the country I think. Whenever I'm out west, I feel like I am in a winter fairy tale scene with the ponderosa pines and the fluffy white snow. We helped some other cruising friends on Kailani erect a fabric garage at their new house because we have so much "experience" building them.... we have a few ourselves! What a contrast to the last place we saw each other in steamy Thailand. And, we got a chance to go for two rides in Mark & Anne's plane. What a great experience and something that we've been dying to do for years. They even let us steer. They've planted a seed and we hope to make it grow. We also learned that hot chocolate tastes a lot better with a shot of peppermint schnapps! 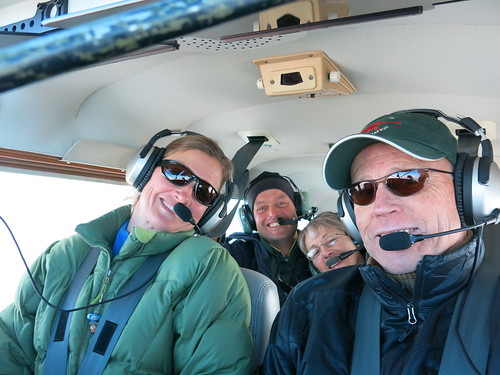 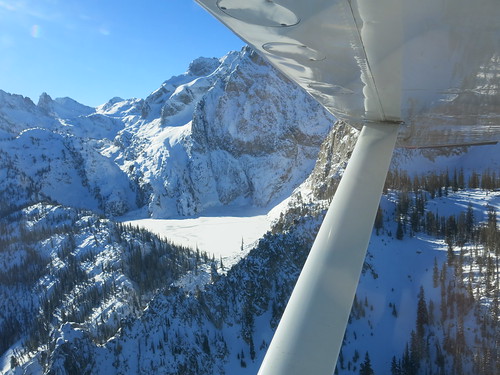 We shed our snowproof layers once we got back to Texas and headed to Big Bend National Park which has been calling to us for quite some time. We spent a week camped in the same tent that Jon brought home to me in 1989 and set up in the living room of our apartment. It isn't waterproof anymore, but it doesn't rain in the desert! We hiked & biked all over and absolutely loved the park. Standing at the river's edge looking over the narrow 100 feet to Mexico, I thought to myself that I did nothing to deserve to be born on this side of the river. I don't wish anyone else anything less. We met a Mexican man on one of the trails and stopped to talk for a bit. We ended up singing all the Spanish songs I learned as a kid together like Lito Lindo & La Cucaracha. 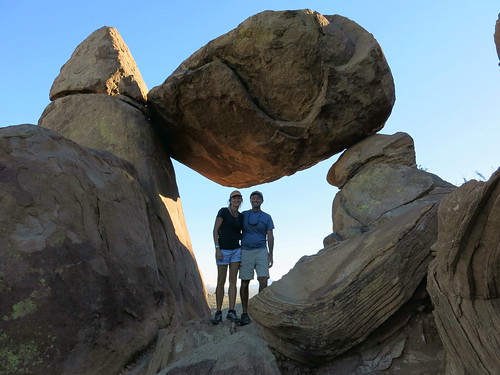 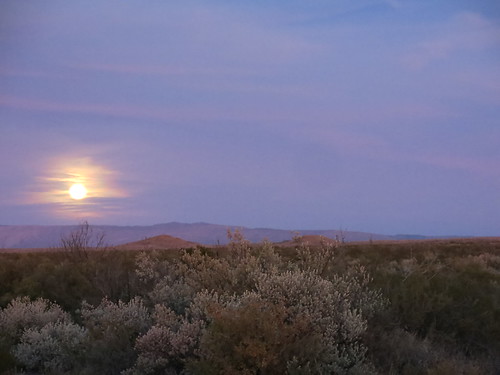 Before we left Texas, we stopped in Houston to see my great aunt Alice. It had been a while since we'd seen each other. It wasn't enough time, but we vow to come back. 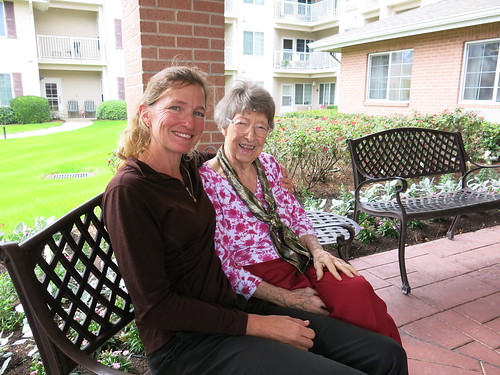 And now we're in Vero Beach at Jon's parents through the holidays. It is good to see them. The air reminds me of my childhood Christmases. Their dog Katie still loves to play fetch & steal undergarments when you're not looking. I'm making good progress teaching her to chase her tail. 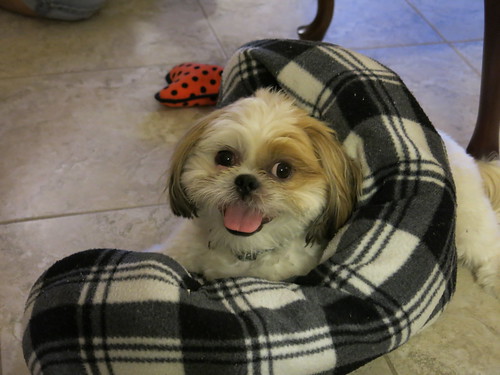 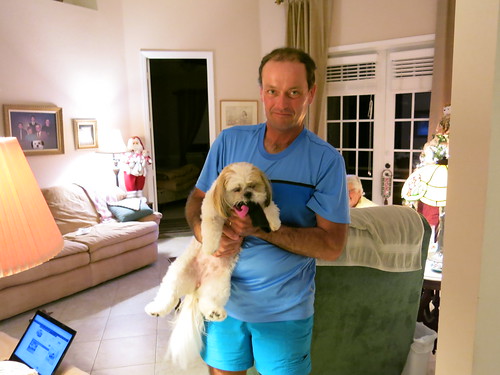 It's been a wonderful year. We've seen & learned so much. We've also become inspired to do some more things. How does the saying go? "One if by land, two if by sea? The freedom of the open road (and traveling at such speeds!) makes us want a go-anywhere camper really bad!! Just put it in a container and ship it around the world! We'll be happy starting with the US park lands. We have another ocean to cross first though.

A saying on a recent card we received said: "Good friends are like stars. You don't always see them, but you know they're there."

How true. That goes for family too. Thanks to all you VIP's for being a part of our lives. Best wishes for a wonderful holiday & a new year full of good health & happiness. 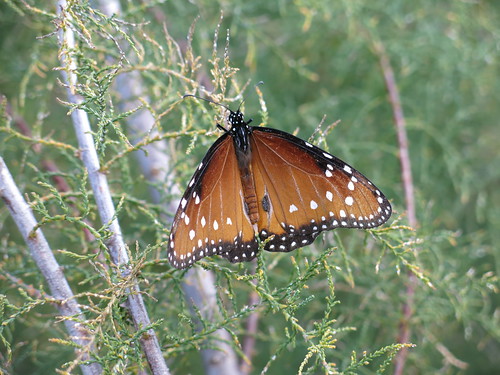